The New Zealand-based official is one of four diplomats who were scheduled to present their credentials to the Head of State this week.

“Samoa and Vietnam have enjoyed close relations as neighbours in the Asia-Pacific region since the establishment of diplomatic ties in 1994,” he said. 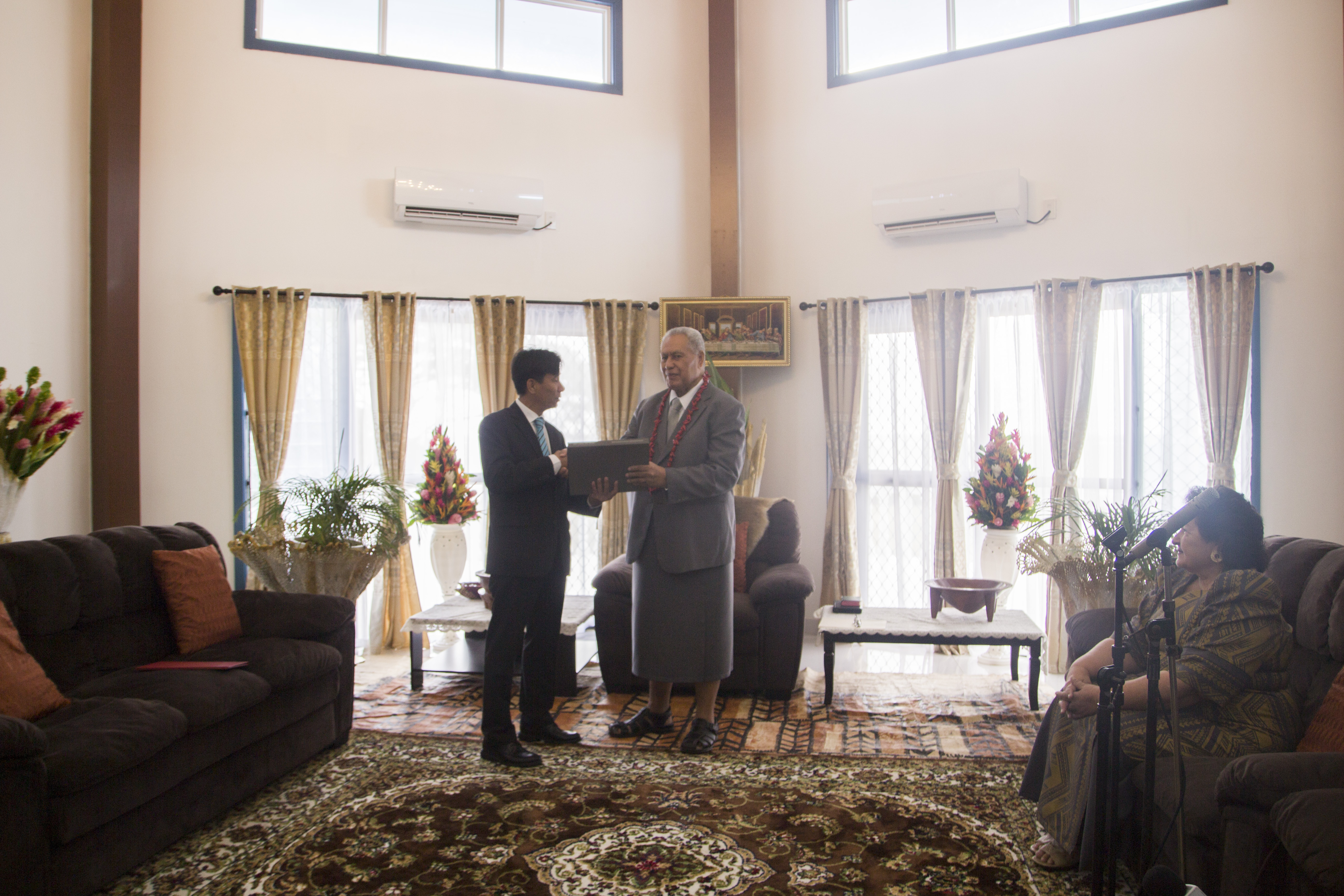 Samoa and Vietnam have worked together to promote issues of mutual interest such as international peace and security, human rights, climate change, trade and sustainable development, and tackling illegal, unreported and unregulated fishing according to His Highness Tuimaleali’ifano, through the United Nations and other international fora.

“Furthermore, we share similar concerns and positions in the areas of general disarmament, democracy, and terrorism and also our two countries are State Parties of many international intergovernmental conventions or agreements in these areas.

“Like Vietnam, tourism is a major contributor to Samoa’s economy and this is an area for potential increased collaboration between our two countries.

“Samoa and Vietnam also share a strong interest in addressing the adverse impacts of climate change and the consequential challenges it poses to our sustainable development and security,” he added.

He also spoke on continuing the joint efforts in calling for more ambitious climate action from the international community.

“I am confident that during your tenure as the Ambassador of Vietnam to Samoa, the close and friendly relations that presently exist between Samoa and Vietnam will be further strengthened,” he added.

“The Government and people of Vietnam have always attached great importance to further strengthening the relationship with Samoa for mutual benefits of both countries, and for peace, stability and prosperity in the Asia-Pacific region and the world as a whole.

“Vietnam as the non-permanent member of the United Nations Security Council is running for this seat again for 2020-2021 and we acknowledge Samoa’s participation in the Asia-Pacific group in endorsing Vietnam as the regional candidate for the important post,” he said.

The diplomat said he believes that there are great potentials for both countries cooperation, especially in the areas of economic and trade, agriculture, fishery, tourism and people to people links.

“I am determined to do my best to further expand and strengthen the friendship and cooperation between our two countries.

“I conclude by wishing you and your country peace, progress and prosperity and look forward to full support from you and your government during my term of duties as ambassador.”