The Chief Executive Officer of the Ministry of Commerce, Industry and Labour, Pulotu Lyndon Chu Ling, is a proud father.

Not only did Pulotu graduate with a Masters in Development Studies during the National University of Samoa graduation ceremony yesterday, he also witnessed his son, Francis Chu Ling, attain a Bachelor in Commerce majoring in Economics.

Held at the Hall Tupulaga in Sogi, the celebration was even more special for Pulotu as yesterday was also his son's 23rd birthday.

It took Pulotu a year and a half to complete his studies and his son three years, but at the end it was all worth it for the father and son who walked the same podium to receive their certificates.

Pulotu said graduating with his son is one his most exciting experiences.

“I have finished this part of my ambition in education and the most proud feeling is having to graduate together with my son,” he said. 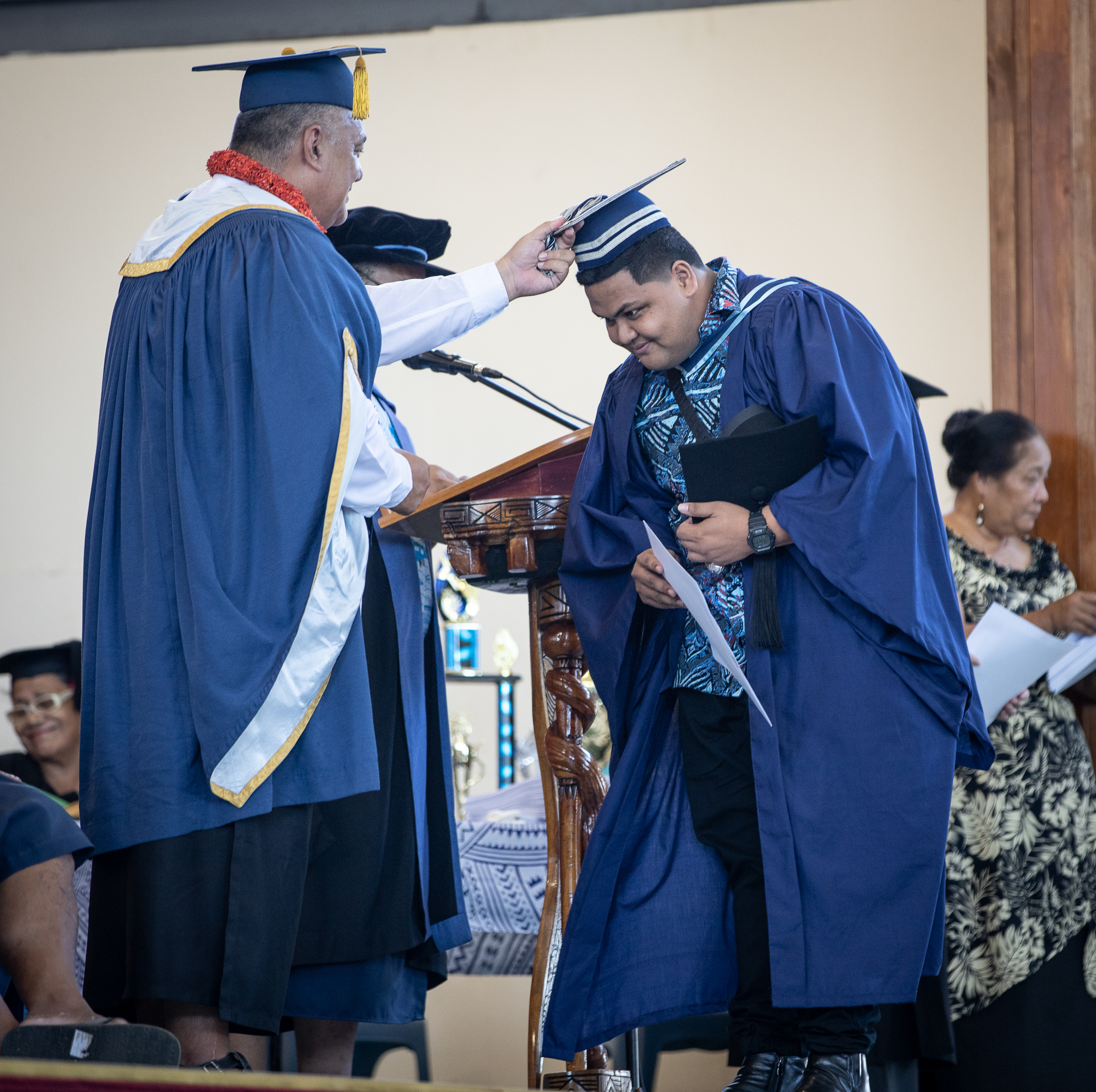 “Not only that, but also another most important celebration is that today (yesterday) is my son's 23rd birthday. So all glory goes back to our God because these are one of his greatest blessings he has poured onto this family especially my son and his future endeavors,” he said.

Mr. Chu Ling said he is super proud of the experience.

“First I want to thank our heavenly father for his guidance in my life. Today is a double celebration because of my birthday and having to graduate with my Dad, and graduating with him today is the best birthday present ever,” he said.

He added these are vital achievements in life in order to secure a job, especially for the youth of Samoa.

“My goal is that not only do I wish to push my children to this stage, but also to inspire other families and parents to prioritise our children first.”

Pulotu acknowledged and congratulated his fellow colleagues from his Ministry who also graduated.

“It’s the feeling of thankfulness that I’m proud to express,” he said. 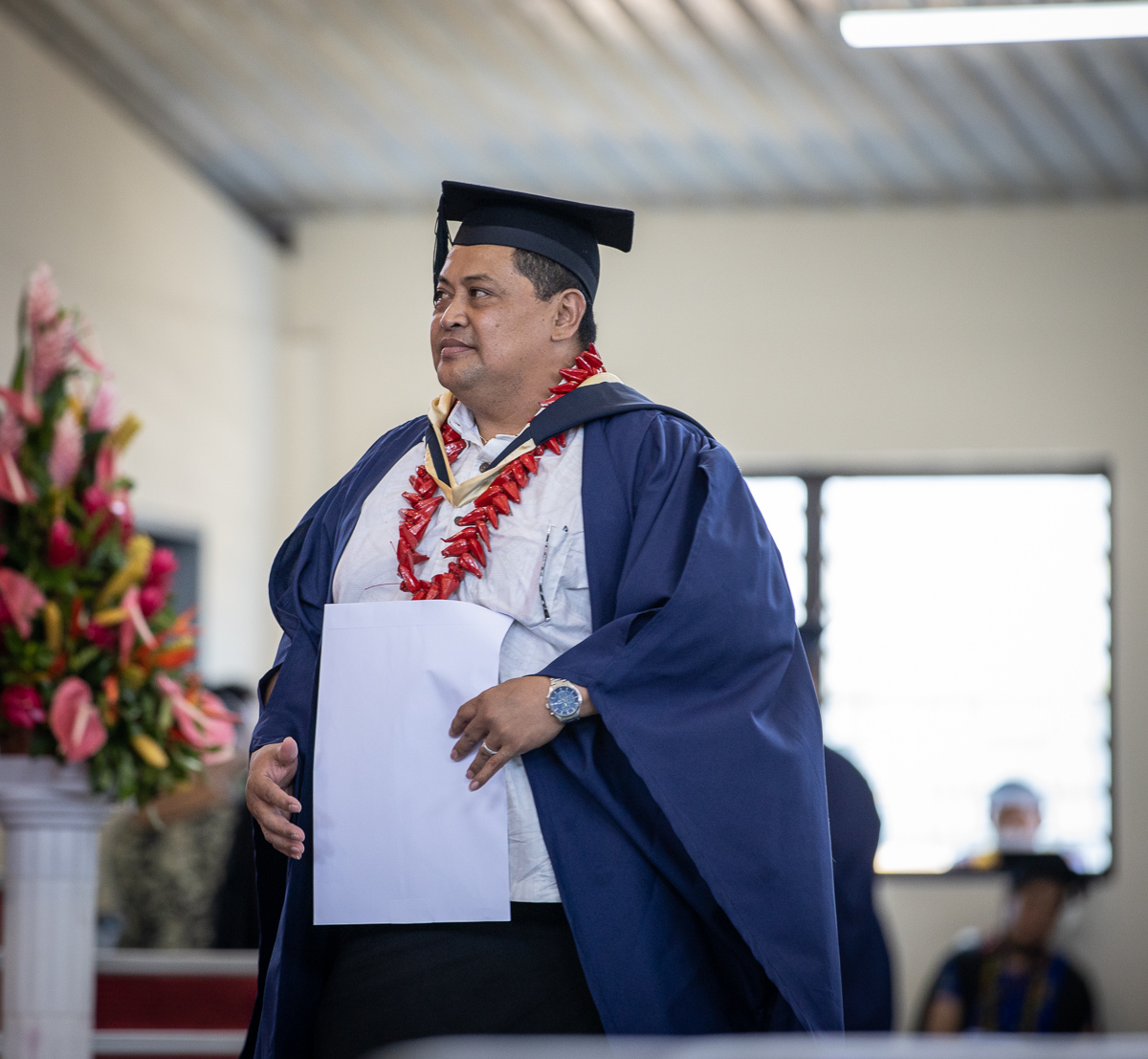 “Whatever work God will provide him (son) with in the future, it’s all about honesty in doing the job."

Mr. Chu Ling said he intends to use the experience as a motivation for him to study harder and never give up on school.