The replacement aircraft to resume Samoa Airways' international operations has landed in Samoa.

The Malaysian Malindo Air Boeing 737-800 Next Generation aircraft touched down at Faleolo International Airport at 6:30 am Friday.

The aircraft was flown in by the Malindo Air crew, according to airport officials who spoke with this newspaper. 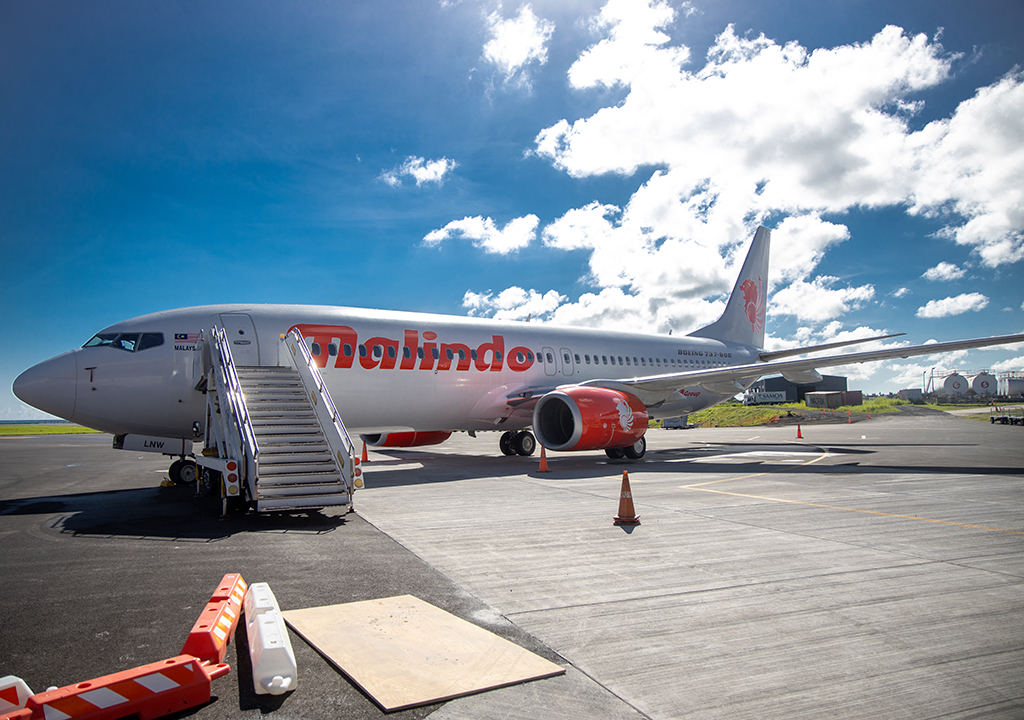 But just this evening, the airline announced further changes.

In an email to customers, the Airline said:

Please note that due to operational requirements, the following flights have been re-scheduled.

We acknowledge and apologise for the inconvenience caused to your travel plans as a request of the subsequent delay.

Should further information be required, do not hesitate to contact us: