Maluafou College is ready to get behind the New Zealand team when the much-anticipated Pacific Games begins in July.

Maluafou's adopted country is the land of the long white cloud and they have installed an entrance of a Marae and flags of  Tino Rangatiratanga, which is often referred to as the Māori and Silver Ferns flags, at their front gate.

They've also created paintings of the NZ flags and Maori tiki on the walls to show their support and to make their New Zealand brothers and sisters feel at home.

College Principal, Lasi Tavae said this is all to show their support for their adopted country and their preparations are not finished yet.

"This is not only to promote our country, who is hosting the Pacific Games 2019, but also to support the New Zealand team and no matter where they will be competing, we will be there to cheer them on.

"This is also great for the students to learn about the culture and traditions of their neighboring country, and it has been very interesting for them," she said. 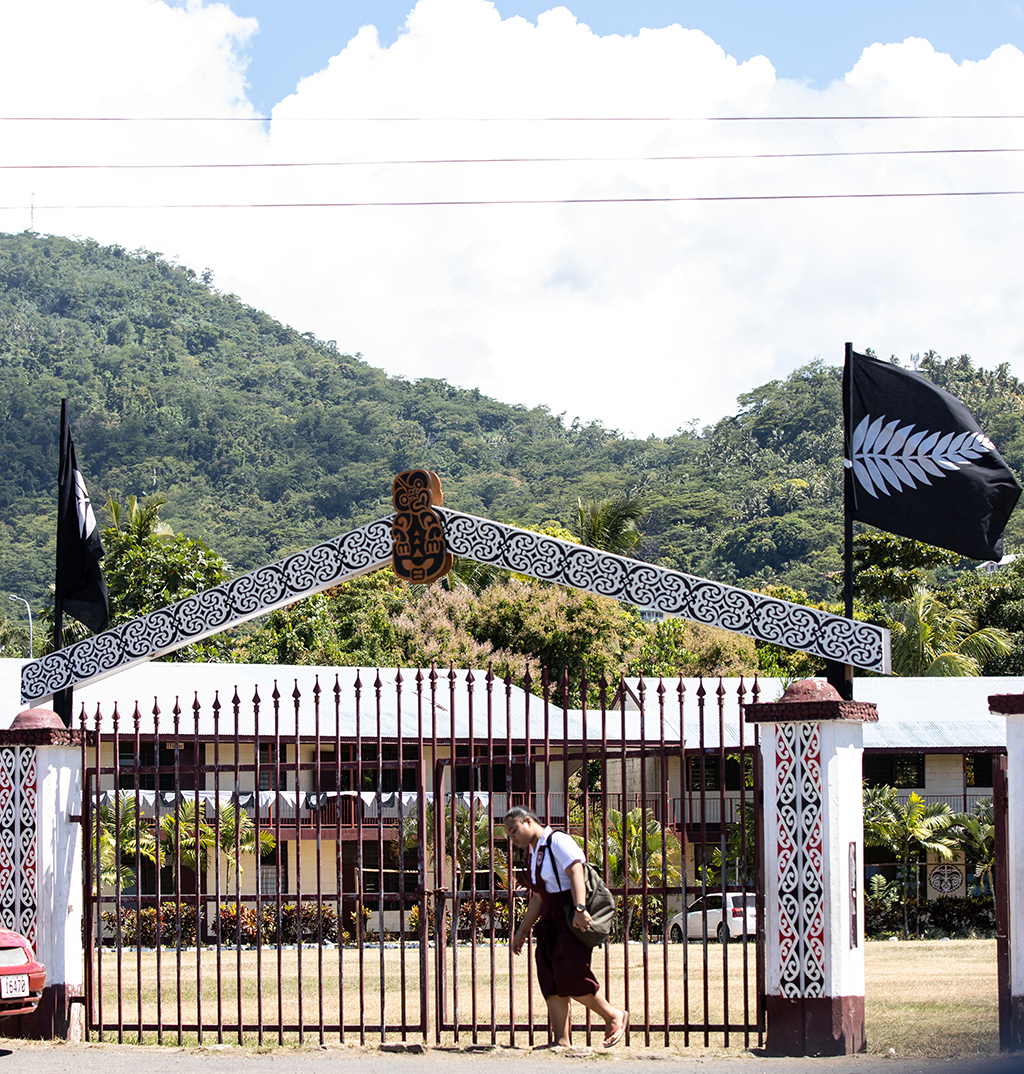 Lasi said the students have started to learn Maori songs, cheers as well as get them to learn how to better accommodate expected guests and showcase the Samoan hospitality.

"Because you know Samoa's hospitality is the best and that's why we've better organised our garden so that by July they'll be blooming, and the thing on the gate for Maraes, which is very important to their people," she said.

"Not only this but the children are happy they will be cheering for a familiar country; its like a second home to our people, no one in Samoa doesn't have family in N.Z.

"It's important they get exposed to this sort of thing enabling to learn further than what they usually learn in class," she added.

Tavae said through the college's preparations, this is the Congregational Christian Church of Samoa school's support for the Pacific Games as well as the Government's plan during the games.