Fa'atuatua took first place in the girls division with a 1-0 win against St. Mary's while Don Bosco defeated Faatuatua,  4-2 in the boys final.

Samoa Tag Incorporated President, Faaofonu’u JP Leota, said they were satisfied with the outcome of their inaugural inter-school tournament.

"Overall we’re really happy with the outcome; all the schools are here and I think with the theme with the ‘stop the violence stop the bullying’ really helped and everyone just put into it," he said.

"And all the friendships you know they hugged each other after the games and that so it was really special." 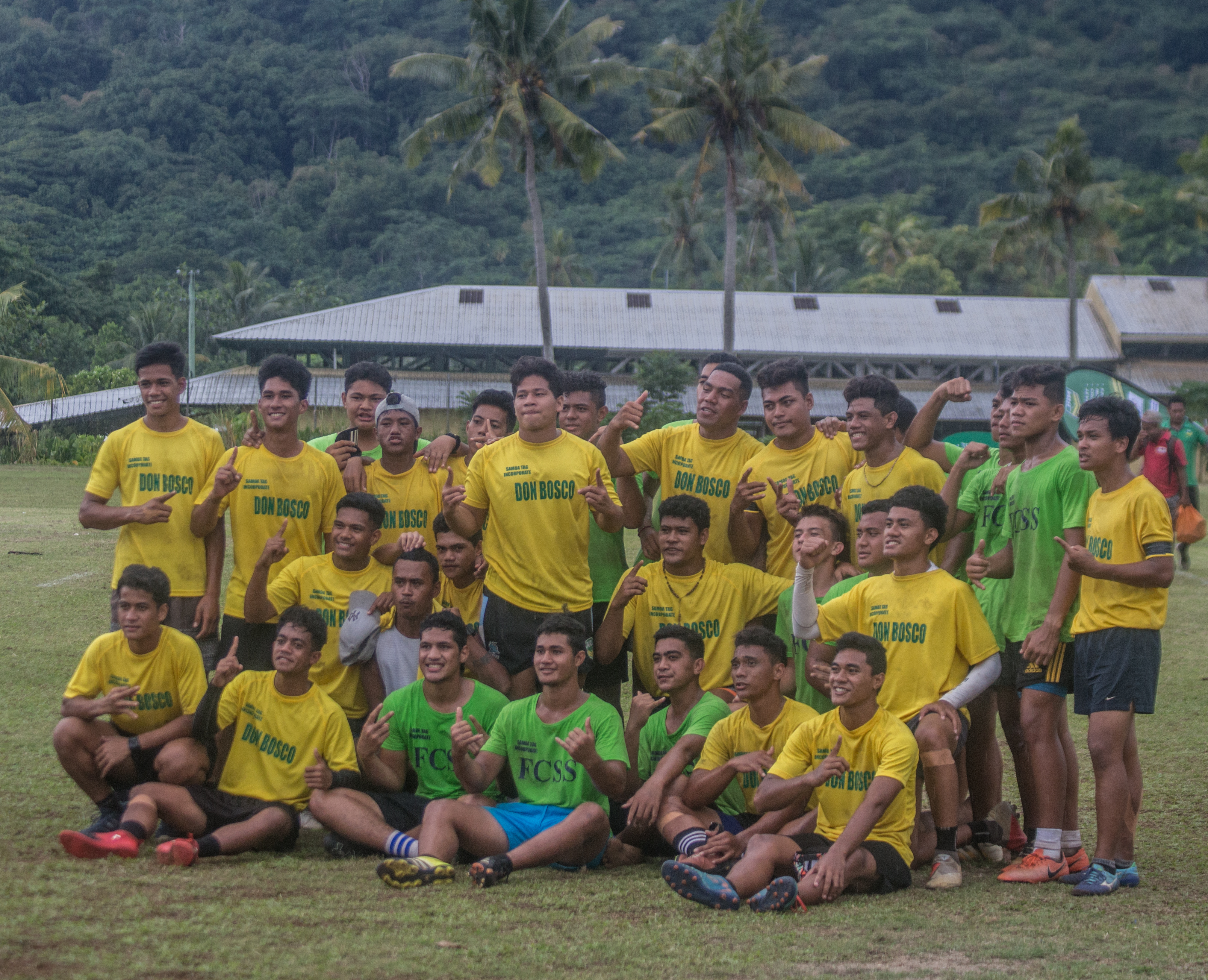 He said it was clear that the students understood the game and knew why they were playing throughout the whole one day tournament.

"I think the standard is pretty right up there but it’s more of getting the schools to come together and playing the game and understanding why we’re playing the game and were all doing it for a good cause for safer schools and safer rugby fields, tag fields and whatever rugby league fields.

"So now when they play in a tag tournament, they know you’re not allowed to fight, not allowed to treat each other like that, disrespect each other and the message will take a while but we got to start somewhere and today we started," he highlighted.

Sooalo Siona Lasi who is the coach for Fa'atuatua's girl's tag team stressed that this was a great sport and hopes for more tournaments like these in the future, especially if it has something to offer the students in the future.

"It’s been an important message through this game as it’s not a very physical game. All you have to do is to pull the tag which is less physicality for the girls and boys unlike other rugby games.

"If there are other tournaments like these in the future that may be utilized by the students for a better future for them and their families, then that’s even better. So hopefully they keep going at it for this sport," he said.

Faaofonu'u wished to thank everyone that participated, supported and sponsored the tournament.

"I want to thank the principal association for Zone B for organizing the schools to participate because we wouldn’t be able to do this if they didn’t allow the schools to come.

"Most important thing is that everyone was safe and thank the sponsors for coming together with all the tents and water and prizes, if it wasn’t for them, it would not be possible," he added.