The Development Bank of Samoa (D.B.S.) has cited “large non-performing loan (N.P.L.) accounts in tourism” as a  “significant challenge” in maintaining “a sustainable level of liquidity” during the Financial Year 2017-2018.

The accounts left a negative impact on the operation of the Bank, which also recorded a loss of $2.1 million for the year in question, according to the Bank’s Annual Report.

Questions from the Samoa Observer to the Bank’s Chief Executive Officer, Fauena Susana Laulu, asking for details on whom the “tourism” accounts belong to and how much the individuals owe the bank were not responded to.

The Minister of Finance, Sili Epa Tuioti, did not have the details when he was contacted for a comment. An interview has already been scheduled with the Minister for more details.

A “non-performing loan” is one where the “borrower is not making interest payments or repaying any principal.”

Chief Executive Officer Fauena in the annual report highlighted “liquidity” as the biggest problem they encountered.

“The most significant challenge that has affected the D.B.S. operation is maintaining a sustainable level of liquidity,” reads her report.

“Whilst the tourism industry has seen positive growth, a high level of non-performing loans remains, which accounts for 48 percent of portfolio. The repayments expected are inadequate to cover repayments schedule and to reduce loan balance.”

The Chief Executive Officer explained that in some cases, “interests has been creased and suspended to manage accumulation in loan balance when none or minimal money is being paid.” 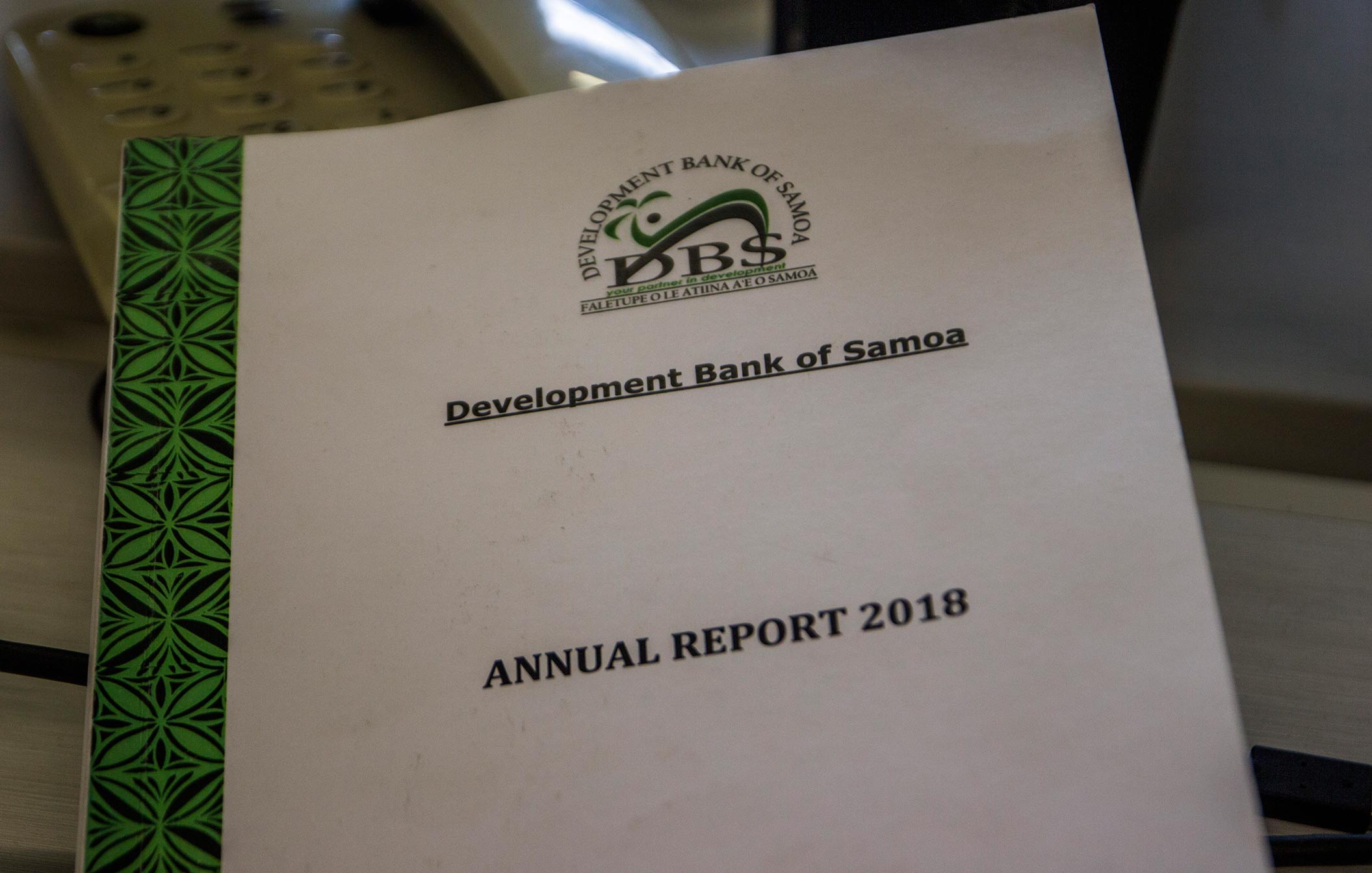 “These projects are under concessional facilities and remain operational to date. Despite the inadequate collection, the D.B.S. remains obligated to pay the debts that funded these projects,” the C.E.O. said.

“The N.P.L. accounts hold 48 percent portfolio and accounts only for 10 percent of the total collection in 2018. Lost interest for the period was $1.1 million.

As a consequence, Fauena reported that new loans “were on hold whilst priority was accorded to debt servicing and operation.”

“The D.B.S. plans to commence new loans in the financial year 2019. The D.B.S. has requested Government, the shareholder for assistance and decision is pending.”

The Chairman of the D.B.S. Board, Lavea Tupaimatuna Lavea, in the same report noted that 2018 had been a difficult year for the bank.

“The year 2018 has been a difficult year in resource management to support development needs, operational needs and debt serving commitments,” his report reads.

“Despite these setbacks D.B.S. has continued to deliver on its mandate to provide credit financing to support sustainable economic and social developments for Samoa and its people.”

He said as of June, 2018, lending operation recorded 887 applications valued at $5.4 million. Of those applications, 33 percent were for agriculture and fisheries; 33 percent for business and services; while 34 percent on inclusive development.

“Loan collection was recorded at $18.5 million. Loan collection from some large non-performing loan accounts in tourism sector is none to minimal and D.B.S. has taken appropriate action to expedite recovery.”

“The unfavorable outcome is due to action taken to manage accumulation of loan balance for some large non-performing accounts. Also included in cost is loss on translation for borrowings held in foreign currencies.”

For the financial year in question, the bank noted they paid dividends to government worth $17,000.

Pacific Jewell is closing its Plaza store after the free rent arrangement from Government ran out earlier this year.