Peace Run is the world's longest and largest torch relay, bringing together the aspirations of thousands of communities and millions of people in over 160 countries. (Photo: Vaitogi Asuisui Matafeo)

Sri Chinmoy Oneness-Home Peace Run is in Samoa for their torch relay and they are loving the positive energy from the locals, highlighting peace already existing in communities.

Established in 1987 by Sri Chinmoy, the Peace Run is the world's longest and largest torch relay, bringing together the aspirations of thousands of communities and millions of people in over 160 countries.

Stacey Marsh, who is the Pacific Coordinator of the Peace Run from New Zealand, said this is a special year because for the first time, the Sri Chinmoy Oneness-Home Peace Run will encircle the globe in a year, bringing the Peace Torch to every country in the Southern Hemisphere.

"We're doing a continuous route around to all countries in the Southern Hemisphere, 44 nations and we've just come from Tuvalu, then off to Tonga, Fiji and then off to South America," she said.

"So the peace run is sharing that message of peace but it's kind of more highlighting what's already happening in the community and kind of bringing it to the forefront.

"Sometimes we forget about peace but if you look around you see people being kind and compassionate at all times we just don't see it much but its always there so its kind of bringing it up and highlighting it," she added.

Ms. Marsh explained their five-member team who are in Samoa have never visited the island before and they are emotional because they have to leave so soon.

"And it's a beautiful country and we can feel the heart of Samoa already and we feel like we've been embraced by every single person that we've met," she said. 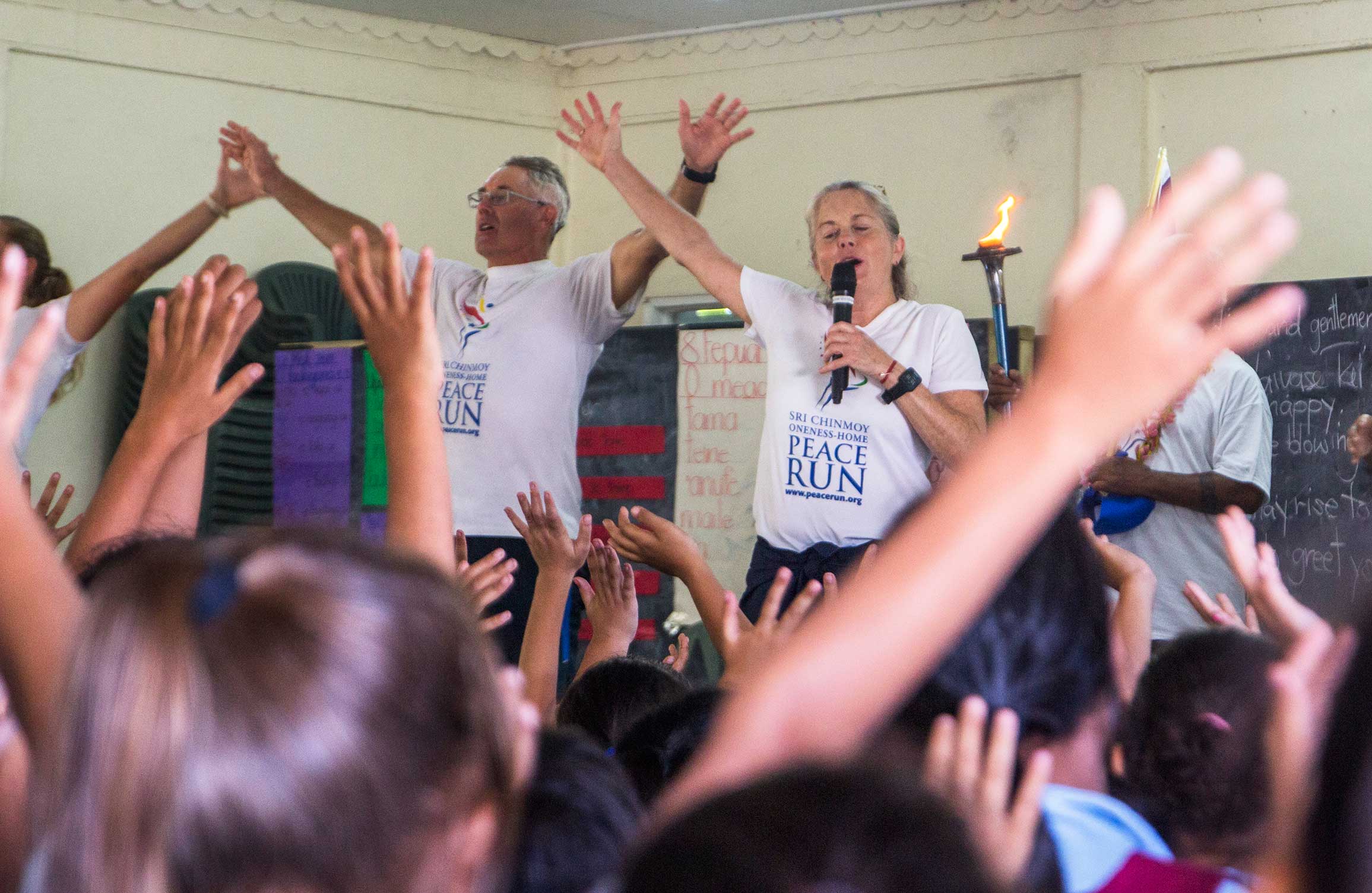 The team hopes to get as many people to get the peace torch while they are here as Ms. Marsh said "every single person has something unique to offer to the world".

"Getting their energy and their love in holding the torch really, we feel will help us as we continue around the world will give more energy and more power to the Peace Run," said Ms. Marsh.

Yesterday they visited Vaivase Primary school where there was exchange of songs between the group and students as well as a chance for every single student, teacher and and parent to be able to hold the flame of hope.

The team will be on the island for three days, and plans on visiting three more primary schools and two preschools today.

Chinmoy Kumar Ghose, better known as Sri Chinmoy, was an Indian spiritual leader who taught meditation in the West after moving to New York City in 1964 where he established his first meditation center in Queens, and eventually had 7,000 students in 60 countries.