Marist Brothers School sportsmaster Lui Malaki said the two teams have been preparing for the last nine weeks, since the beginning of the school year. 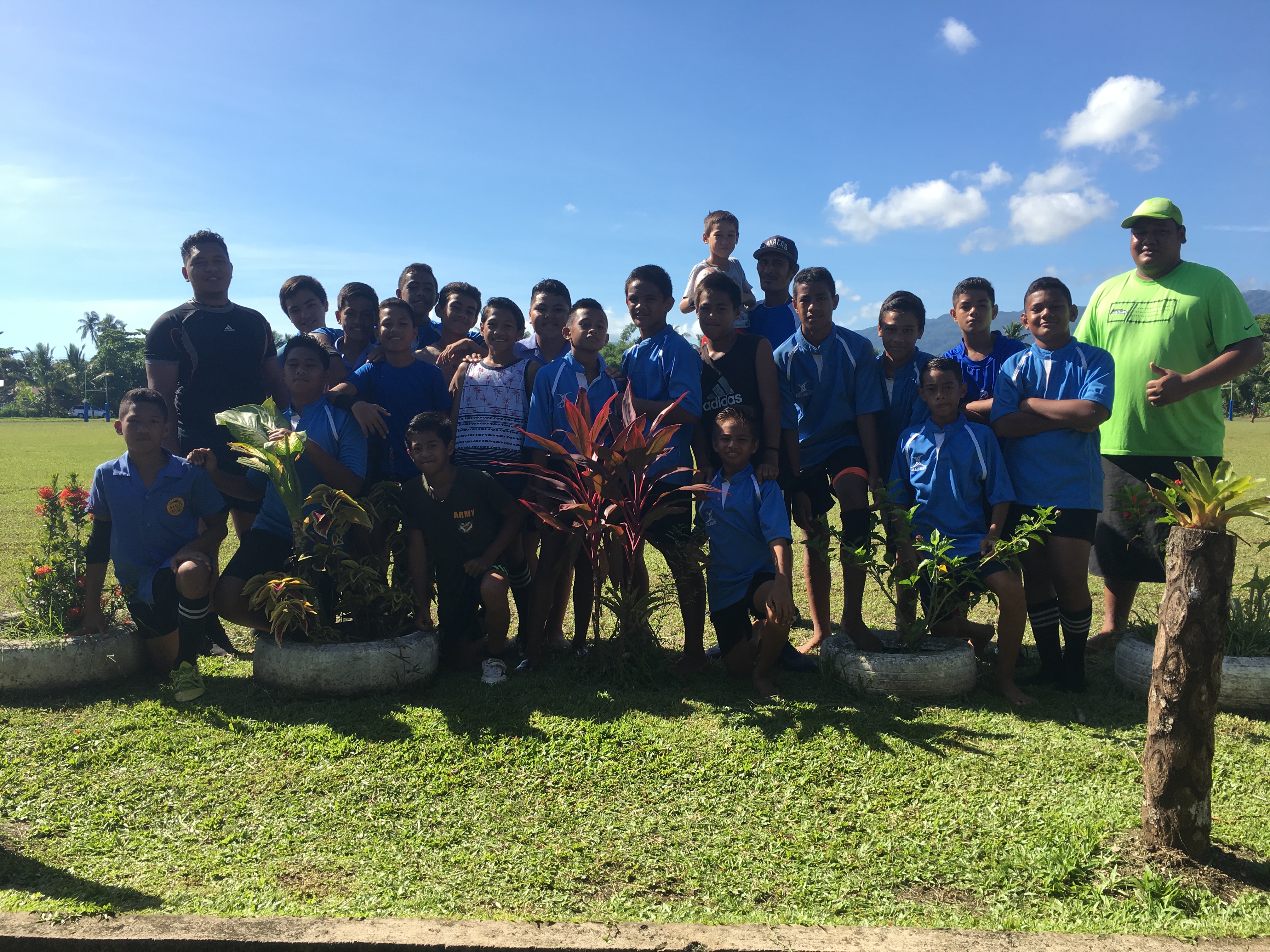 “This is a good preparation for the Prime Minister’s Cup [national primary school competition].

“That’s why we always do this initiative, it’s always been an event hosted by this school every year.

“It’s not only about sharing the skills with each of the players, it’s also about building friendships, especially between the boys, and the coaches.”

He said it was a fun day for all the kids too, with everyone including parents coming along to watch the games.

“It’s not possible without the help of other organisations and sponsors like SSAB.”

The festival was hosted by Marist Brothers School and the Samoa Rugby Union as part of their Get Into Rugby programme.

Programme coordinator Filoi Eneliko said the main focus is to build the number of participants in rugby in Samoa.

She said it was about getting the core values of the game across to the kids, and build their confidence through emphasis on the basic skills of rugby.