The Samoa Commercial Bank (SCB) will soon have a new building in Apia.

The construction of the “environmentally responsible and resource-efficient” headquarters is well underway, next to the Samoa Fire and Emergency Authority on Beach Road.

Once completed, the bank will relocate from its main office at Matafele to the new site, a few minutes down the road.

The new building is said to be designed in a form of a banana leaf garland or ‘asoa laufa’i’ representing the “service carried out with humility” by SCB reflected on its front façade.

Managing Director of SCB, Lemalu Ray Ah Liki, was not available when contacted for a comment.

SCB is known for valuing its rural farmer clients and that commitment is incorporated in the design of the new headquarters. 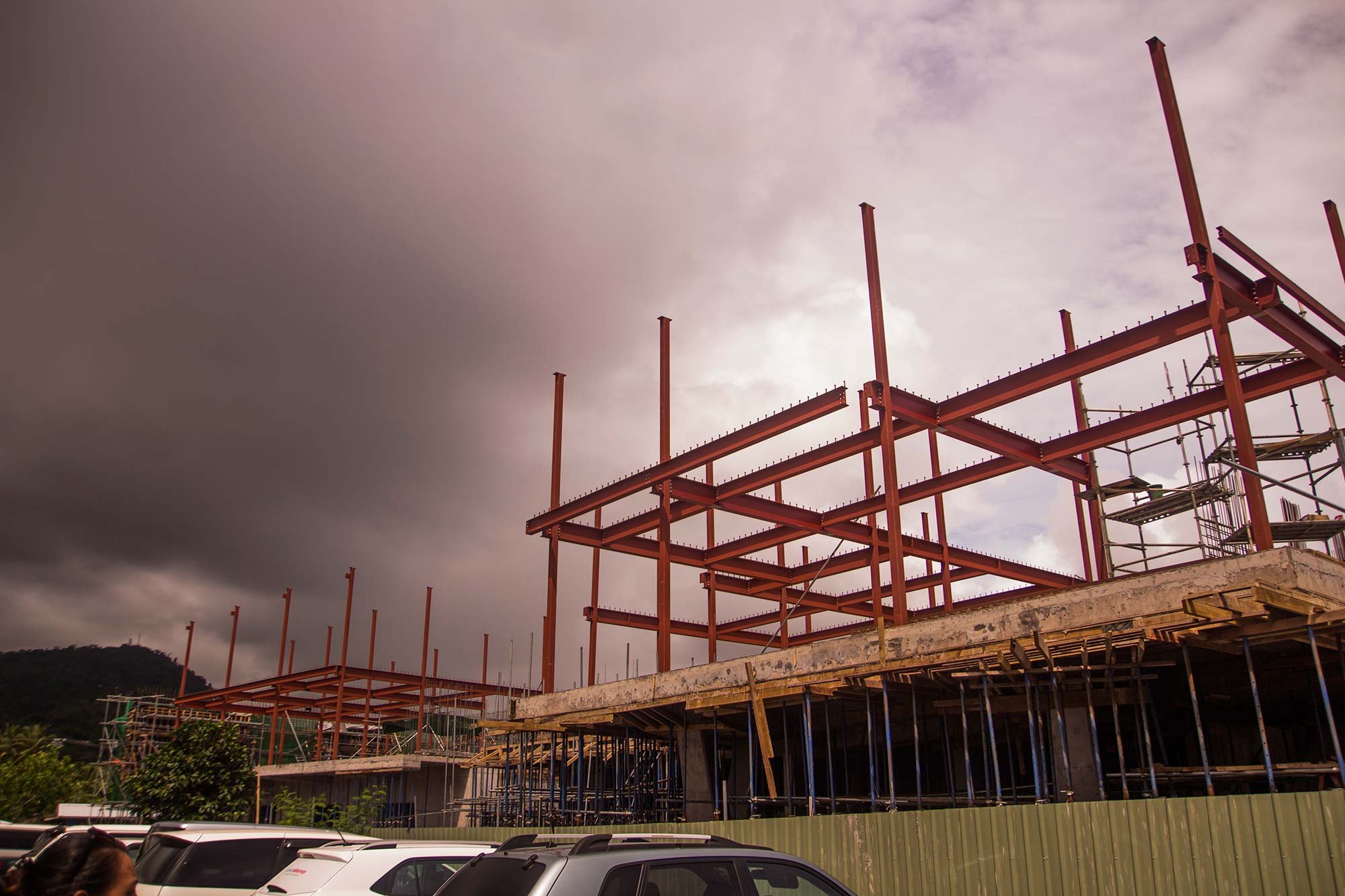 Kramer Ausenco (KA) Samoa the architect and engineer for the headquarters developed the concept based on ecologically sustainable design principles rather than a “token box ticking exercise”.

According to the company’s website, Architect Athol Greentee said this is a ‘nod’ to the superior service the Samoa Commercial Bank is renowned for, as well their clientele, most of whom are rural farmers.

“The deep green tones take its cues from the mountains that form a backdrop behind the proposed building and the ocean that lies before it,” Mr. Greentree said of the project.

“The client’s main aesthetic requirement was for large expanses of glass. To minimise solar heat gain within the building, KA Samoa proposed vertical shading on the east elevation, and a double skin façade on the north (open top and bottom).

“The use of low level concrete walls here together with a service walkway behind the outer glazed façade, ensure that high angle sun does not enter the building or heat up the inner line of glazing. The low level walls will also provide fixing points for the outer skin structural frame.”

Mr. Greentee added they are working closely with Building Services team through the design process to ensure the building reforms well and that its pleasant to be in at all times of the day.

KA Samoa put together two designs for the client when awarded the contract.

The SCB’s board selected one of the concepts. The main contractor for the project is Apex Pacific.

SCB has more than ten branches stationed in Upolu and Savai’i island including those in rural villages.

Suspended lawyer, Pa’u Tafaogalupe Mulitalo has been slapped with a $2000 fine, with the Court's order that it must be paid within the next day and failure to do so will result in six months imprisonment.