Diagnosed with hepatomegaly (enlarged livers) when she was just six weeks old, the five-month-old baby is awaiting a liver transplant.

Eliana's parents, Samaria and Ututa Siolo, have pleaded with the Government to speed up the process in order for their little girl to be taken to India.

"At six weeks we took her for a regular immunisation and the doctor noticed she was jaundiced (yellow skinned, yellow eyes) and admitted her right away at Motootua Hospital for a week.

"At one of her recent visits to the doctor, they told us she really needs to go overseas now, because she's in a critical stage," said the 27-year-old first time mother.

Although Eliana is scheduled to see a specialist for liver transplant at Fortis Hospital in India, Mr. and Mrs. Siolo they are awaiting further responses from the doctors in India.

In the meantime, Mrs. Siolo said the Government of Samoa has only sponsored Eliana's airfare, treatments and an accommodation which she shares with one caretaker in India.

"The government can only pay for baby but for the caregiver they can only cover for their accommodation," said Mrs. Siolo.

"So we're looking for my airfare, my husbands airfare and our donor's airfare and accommodations on top of that and other expenses."

The couple have created a Give-a-little account aiming for WST$30,000 to make up for their airfares, accommodation and other expenses as they are expected to be in India for 6 months.

Eliana was adopted by Mr. and Mrs. Siolo as their first child, so when the condition was revealed and got informed that their child needed a transplant; because they neither of them were a match, they approached her biological parents and her biological father generously agreed.

"We were going to take her ourselves to New Zealand, so we started to work on her adoption papers but unfortunately they said it takes more than 6 months to wait for the process of her papers," she said.

Mrs. Siolo admitted to being a bit paranoid saying she doesn't want to sit around playing the waiting game, "we're still knocking on doors"

"I hid my embarrassment and texted everyone that I knew were influencers, even the you tubers, that may sound crazy but on Instagram, and  then I emailed Samoa Observer also. 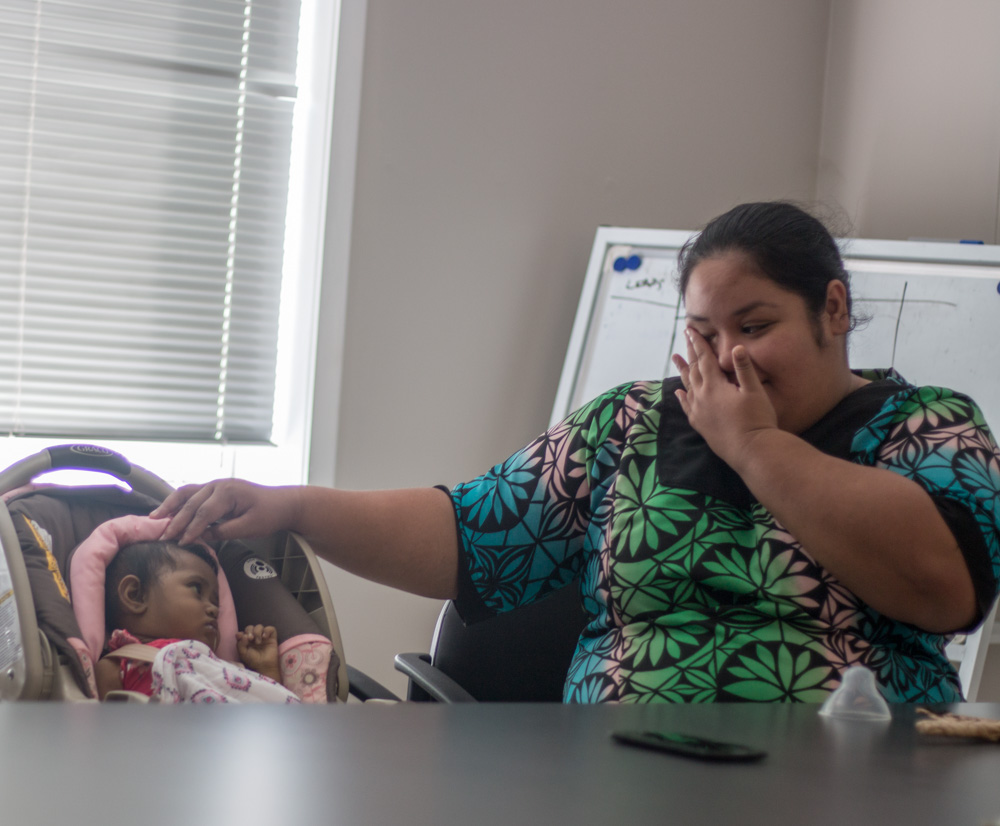 Holding back tears she said it's been so hard for them as Eliana is their first and only child.

"I don't want to have any thoughts that I would lose her, and sometimes I try not to cry in front of baby because she knows when I cry."

"It's really hard, but we're just so thankful for those who have donated so far to baby's give a little, from countries and people that we're not even family, and we're so grateful.

"Even if we don't reach our target, at least there's something to help us.

"We need to go as soon as possible, we were advised that the time limit for a baby born with this condition is no more than eight months, right now she's gonna be six months."

Mrs. Siolo admitted that failing to be Eliana's mother is her greatest fear saying she her faith has truly been tested.

"People have been messaging us encouraging messages since the launching of baby's Give-a-little, and I'm really grateful for each and everyone who shared and donated.

"Those who sent their thoughts and prayers, because to us, a prayer goes a long way, and we please ask to keep praying for baby, I believe those prayers will speed up her processes," she smiled.

If you want to donate for baby Eliana's Give-a-little, visit: https://givealittle.co.nz/cause/baby-eliana-brielle-karita-calling-for-help-please email: [email protected]. Or you can contact them on 7214050.