"He was such a giver:" La'auli Alan Grey memorial race sees granddaughter race across the finish line

Tanya Kionasina Grey raced in her grandfather's memorial race in his honour today. She said his values are always with her. (Photo: Misiona Simo)
Sailing

The late Laauli Alan Grey was honoured by six va’a yesterday paddling 34 kilometers between Sheraton Aggie Grey’s and the Sheraton Hotel in Mulifanua.

Organisers Jay and Tasi Ah Fook dedicated the Sheraton to Sheraton race to La’auli’s and his legacy. He passed away a year ago today (Sunday).

Laauli’s granddaughter, Tanya Kionasina Grey was one of the paddlers who made the journey today, and said she signed up especially to honour her grandfather.

“When Jay told me they were doing this in honour of grandpa, I was pretty keen on doing it for him, doing it for my family,” she said. 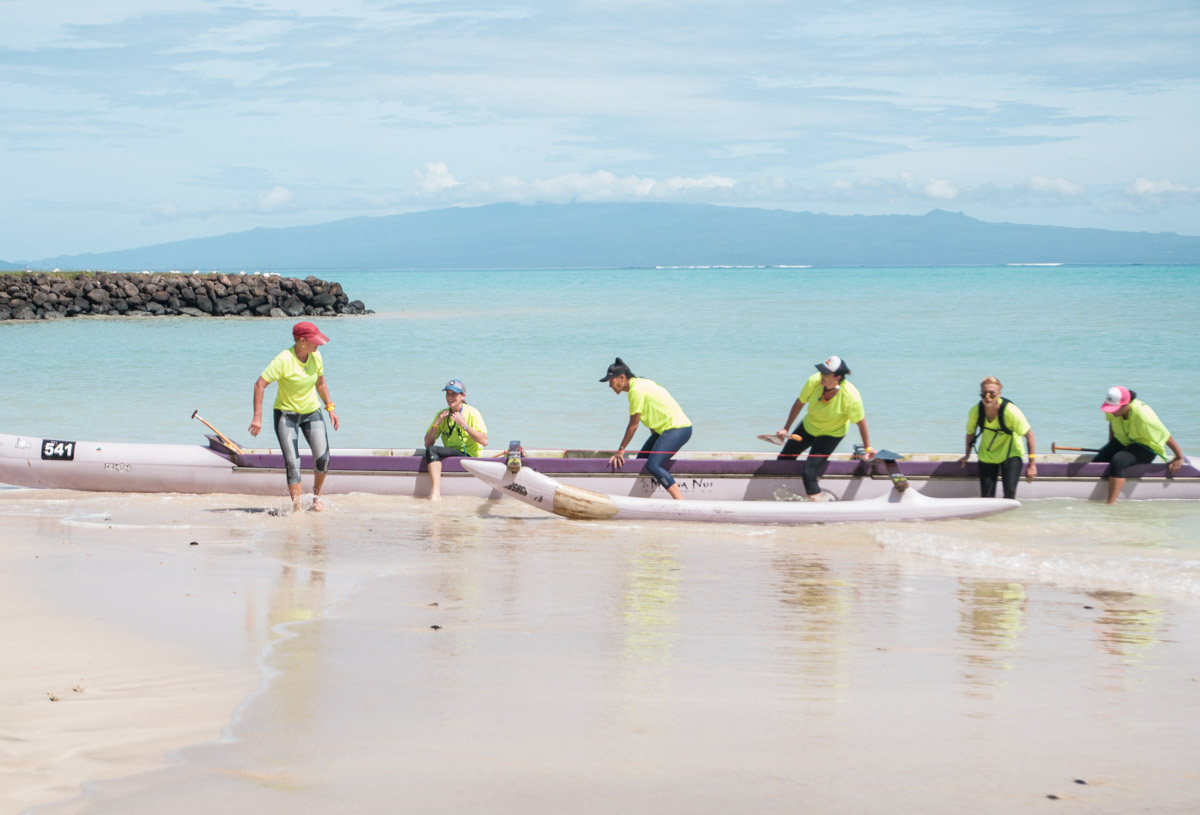 It was her first time competing in the race, and it wiped her out. Laumei’s team leader Moelani Heather was the only one on their va’a who had competed before, Ms Grey said.

“It was long! The first two thirds went pretty quickly, because we knew checkpoints, so seeing those buildings get closer, then passing them was just the best feeling.”

But once they reached the airport, time stood still and the sun got hotter.

“Psychologically, the last bit was a bit crazy.”

But Ms Grey said like always, she carries her grandfather’s motivation with her. The race itself was sentimental, but his values and “go-getter” attitude drives her all the time.

“He loved the sea, he loved the ocean and he loved the people and wanted them to have those opportunities available to them so he gave so much to sport here, not just paddling.

“He just wanted to see Samoa succeed in anything.”

As a young girl, Ms Grey said she was always around Laauli during trainings, sailing and when he was working at the hotel. She saw his whole range of character, from watching him train greats like Peter Fatialofa and Darren Kellett, to hiring a man to toast bread at the hotel.

“With the hotel, he would hire anyone to do anything. He hired someone to toast bread.

“We had so many staff, because he was smart enough to have a business that could actually support that many people,” Ms Grey said.

“He was just such a good person. It’s something my whole family tries to be like, and I would be lucky if I was one tenth like him. He was such as giver.”

The Congregational Christian Church of Samoa (C.C.C.S.) has postponed a 58th birthday celebration for their youth ministry after it was pushed back due to state of emergency restrictions.