The Marist Angels lost both of their games to finish fifth of five teams at the tournament, but captain Naomi Wilson said the team is feeling all good anyway.

“They’re happy, because we didn’t know if we could score and we did.”

Marist scored their only try of the tournament against Aana Blues.

Wilson, a  23-year-old from Alafua said it’s special to be a part of the first Marist women’s team, and her team are thankful for the opportunity. 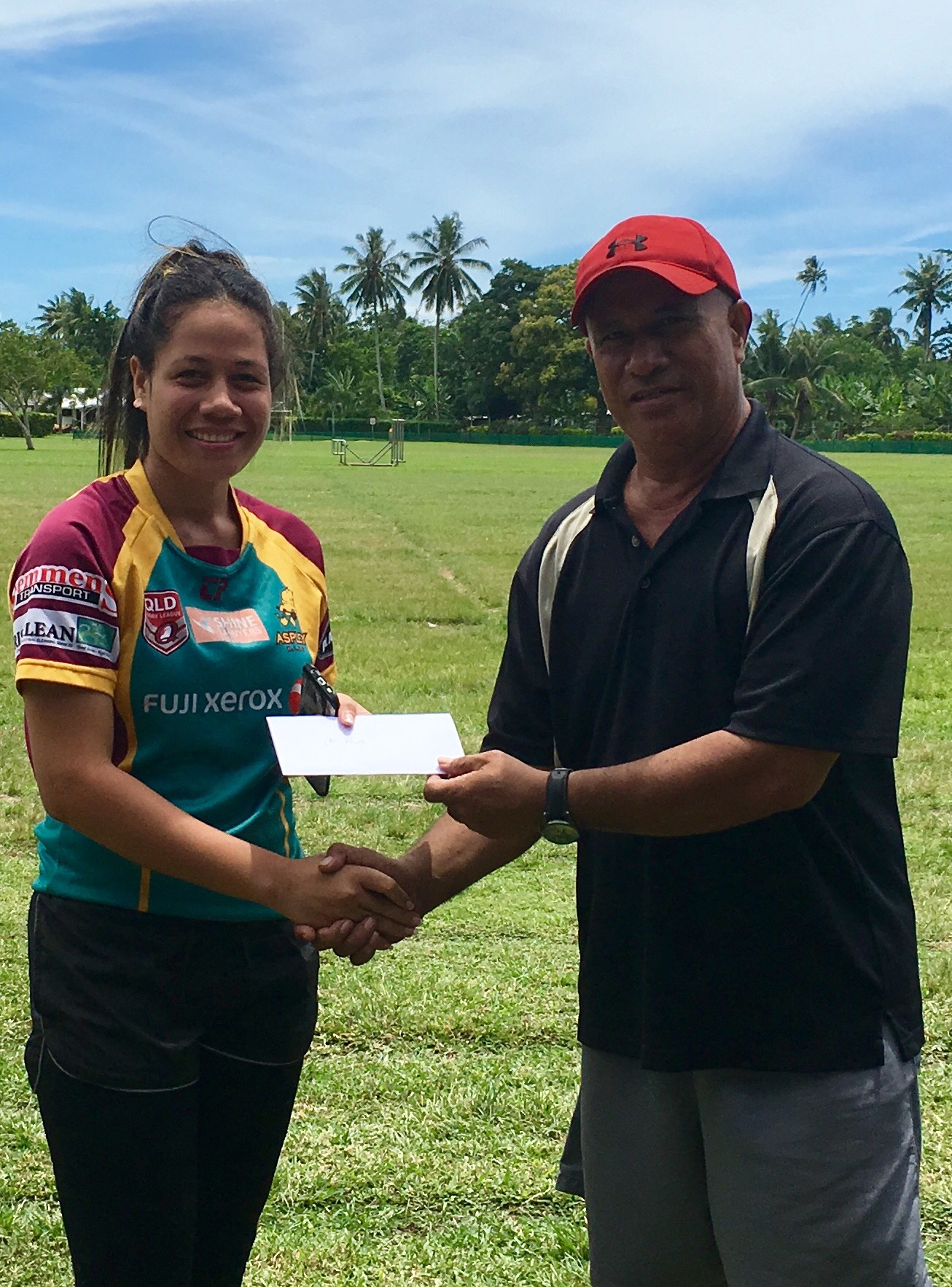 Wilson said she is not new to rugby, but many of her teammates are.

“The skills I have, I always tell them what to do, I always push them.”

The team was put together on Monday, with some players not getting to training until Friday.

“That’s why all of us were not fit, we were so tired,” she said.

“Right now, we’re gonna go and do our best [in training] so we can come back and the girls are gonna lift up their play.”

She said it’s difficult to get buy-in from the girls who are busy with school or work.

“I can’t force them if they have something to do, but I told them rugby is your future too.

“You can get money too from here if you try your best.”

She wants the girls to like the sport, so they come to training everyday to lift their skills.

“There are a lot of girls that want to join, but most of them they’re busy with their stuff at home, school work, but some of them find a way to come.”

Next week is the final round of the Women’s National Sevens series.