A Down Syndrome Parent's advice

Effective parenting is vital for a child’s development, especially when it comes to children with Down syndrome.

A 54-year-old mother from Vaitoomuli Palauli, Napao Polo, told Samoa Observer that parents who had children with Down syndrome should be encouraged to get them to participate in programs where they also get to meet the others. 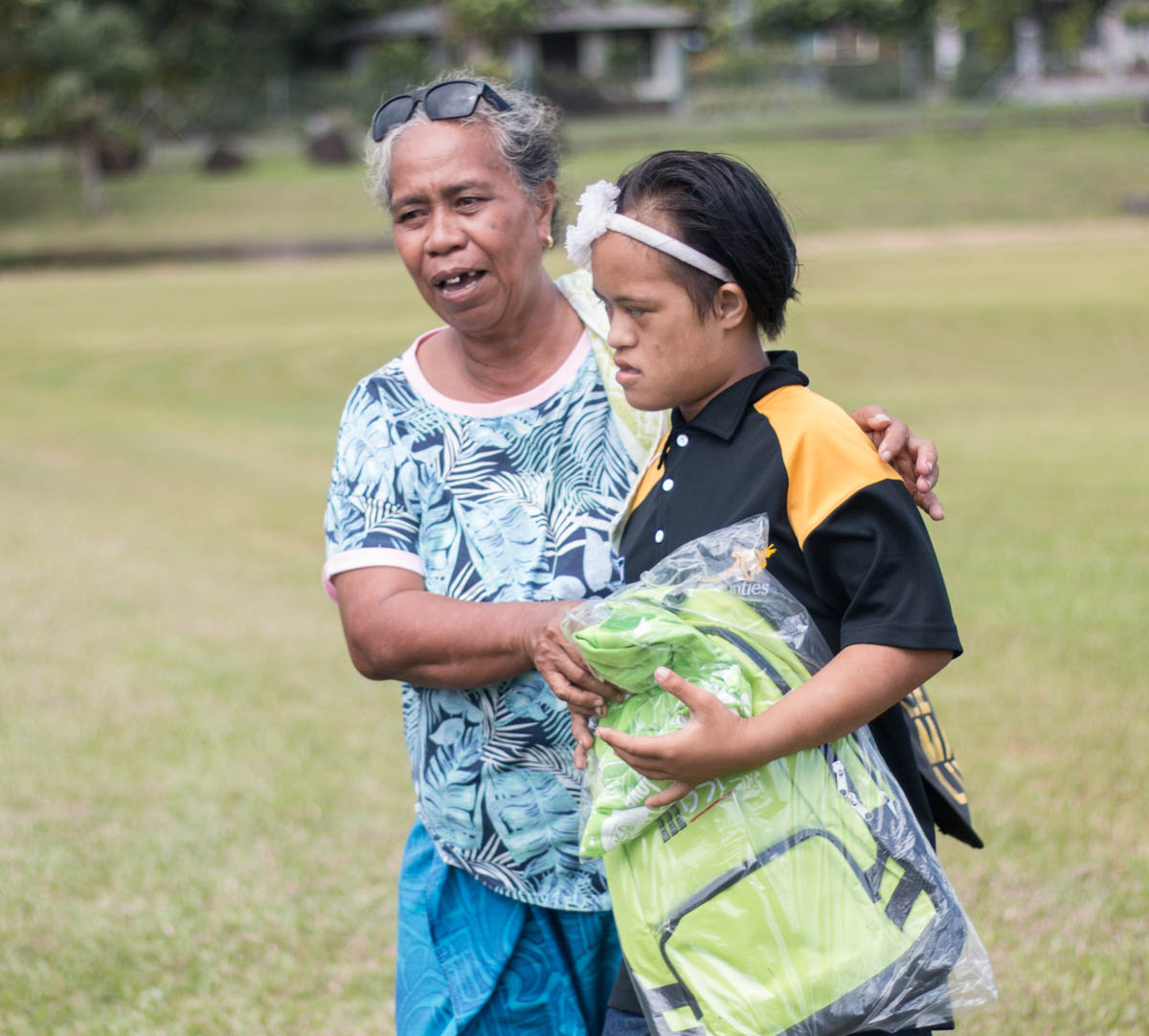 She was speaking during last Thursday's World Down Syndrome Day celebrations at the cricket grounds at Tuanaimato, Apia where the country's inclusive education providers organised a program of activities.

"I thank the organisers for this program, where it’s given the children to talk and play together by making them happy. We need to sacrifice what we want for the sake of our children, because that’s what makes them happy, and that’s what they need.

"I advise the parents especially mothers, they are the ones who mostly hold the role of looking after our children, to always bring your children to whatever is organised for them," she said.

Toto'a, who also has a Down syndrome child, said getting their children to mingle at an occasion such as the one last Thursday will make them happy and feel welcome.

"Some down syndrome children are hard to handle in their families because when they are unhappy, they won’t do anything, they won’t listen to anything and this makes us mad, and eventually we lay hands on them and such.

"But to bring them here like this to these gatherings, they get to be happy around those who are similar to them and they see each other and share, giving them an opportunity to feel like they’re special," she added.

Toto'a said she never thought her daughter will attend school but she attends classes just like any other child. But her attending school also has its challenges.