New Zealand's new High Commissioner, Dr Trevor Matheson, presented his credentials to the the Head of State His Highness Tuimalealiifano Vaaletoa Sualuavi II yesterday, but not before a minute of silence.

The giving of a 'letter of credence' from one head of state to another marks the beginning of an Ambassador's posting in their assigned country.

At the opening of the ceremony, Tuimalealiifano requested the room join him in a minutes silence to honour the victims of a terrorist attack in New Zealand on March 15th, where two mosques were attacked by a gunman.

"Samoa stands in solidarity with the people and Government of New Zealand to mourn the tragic loss of life in the Christchurch attacks, and to strongly condemn the immoral and heinous terrorist attacks in New Zealand last week," he said.

Dr Trevor Matheson in turn conveyed Prime Minister Jacinda Ardern's  gratitude to the people of Samoa for their condolences, sympathies and prayers.

"Thank you for honouring the Christchurch fallen, the injured, and the survivors this morning," he said.

"For all Muslims in Samoa, we say: you are our brothers and our sisters. God keep you safe."

Dr Matheson was previously posted to the Republic of Indonesia, Italy and Saudi Arabia, and was the permanent representative of NZ to the United Nations.

His political and diplomatic career began in the Ministry of Foreign Affairs and Trade in 1986, and has served as a private secretary to several ministers, before becoming Deputy Director of the MFAT Australia Division.

In  his speech to the Head of State, Dr Matheson delivered messages of support and partnership to the people of Samoa, saying that Prime Minister Arden continues to give the "highest priority" to the "maintenance and development of the close and special relationship" between the nations. 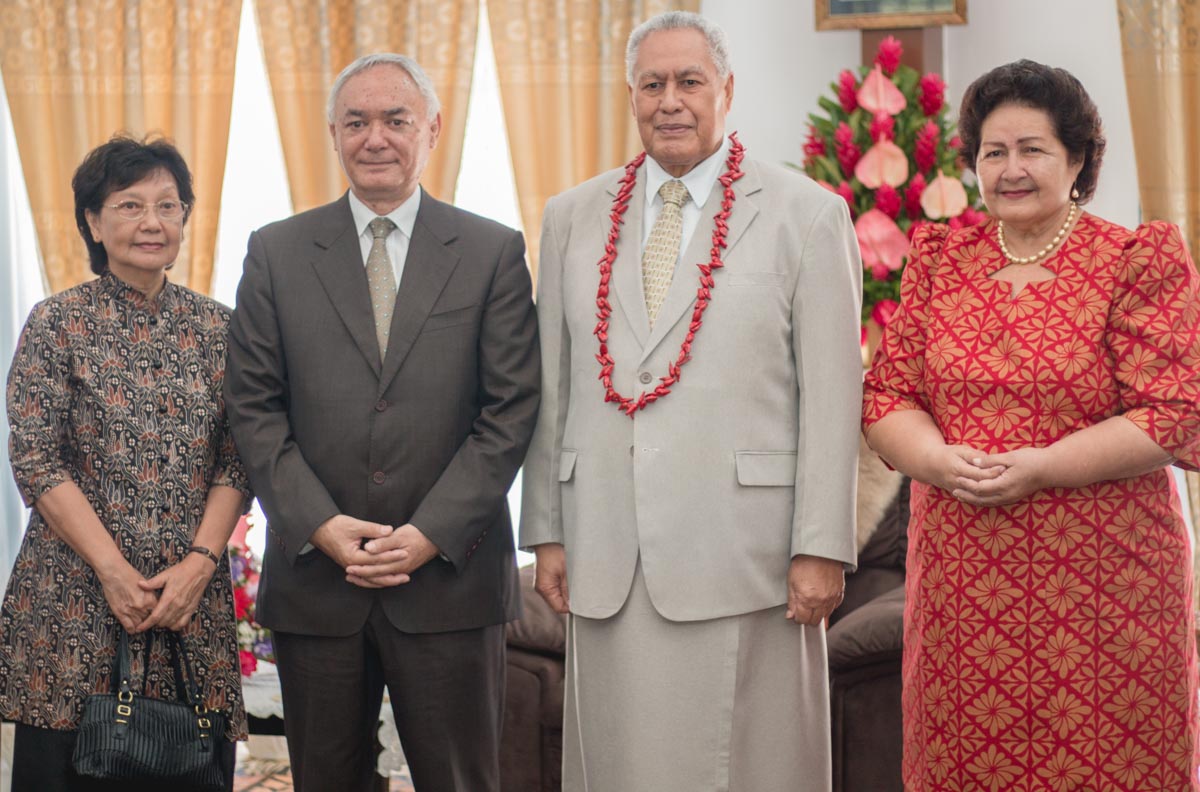 "Samoa and New Zealand are closely linked by our shared history, geography, culture, the depth of our people to people connections and strong democratic traditions," Dr Matheson said.

"These links have, over the years, developed into a strong bond of friendship that we in New Zealand cherish."

He emphasised New Zealand's commitment to supporting Samoa's economic and social development, to combat the challenges of climate change, and to continue working closely on regional and international issues.

This work was also affirmed by the Statement of Partnership signed in New Zealand by Prime Minster Tuilaepa Dr Sa'ilele Malielegaoi and Vaovasamanaia Winston Peters in February.