More than two years after pen was put to paper, the first ‘Bailey Bridge’ to be funded by Australia will be installed at Loto Samasoni, connecting eastern Apia to the west over the Vaisigano River.

During Australian Assistant Minister of International Development and the Pacific Senator the Hon Anne Ruston's first official visit to Samoa, the delegation visited the site where the bridge would be built, and helped break ground ahead of construction.

The bailey bridge, which is a portable, prefabricated truss bridge, is one of five that were promised to Samoa in December 2016 and handed over in January 2018. They are worth AUS$1.4 million. 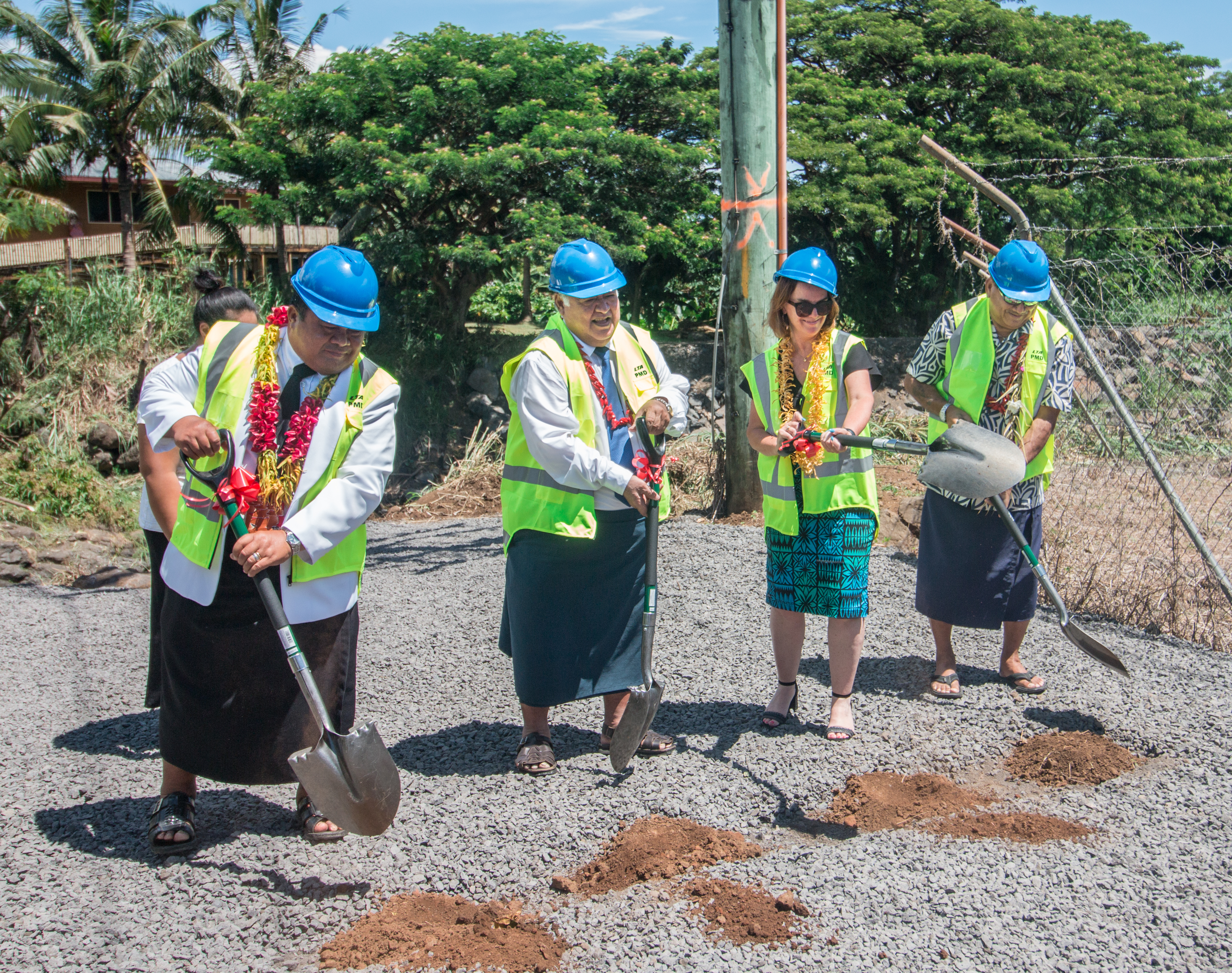 "Today is another example of what collaboration can deliver when we all work together," Ms Ruston said.

"Australia is very proud of our relationship, our friendship with Samoa, and we see that today is a fantastic day for us to lend a hand to help our family in the Pacific to develop the kind of infrastructure we know the Pacific needs, as does Australia."

"With the Pacific Games just around the corner, building a crossing here will have a very significant impact on traffic congestion in the area and support the additional enjoyment of everyone who comes to your shores for the Pacific Games."

To enable the construction, Ms Ruston announced Australia will be granting AUD$850,000 to Samoa.

Prime Minister Tuilaepa Dr Sa’ilele Malielegaoi said the new bridge will improve both access across the urban area, and traffic flows, calling it "an ideal site."

"It will provide additional access from east to west of the Vaisigano River, in addition to the Vaisigano, Leone and Lelata bridges," he explained.

"All these crossings are vitally important to providing connectivity to our Matautu Port, to our business district, the Leifiifi Government School, the Vaitele industrial zone, our national hospital, as well as residential properties."

But the road to the new bridge has been long. Tuilaepa remarked that he had asked the Ministry of Works Transport and Infrastructure directly why there had been delays to build the bridge.

"We received these bridges after Cyclone Evan, and we had hoped that we would soon install these.

"Several days ago I was visited by the Ministry of Works, and when I asked why the long delay I was informed that we had to procure an engineer that was an expert in this kind of construction."

Tuilaepa said he encouraged the Ministry of Works engineers to get the project moving, and sure enough they were able to put a plan in place. 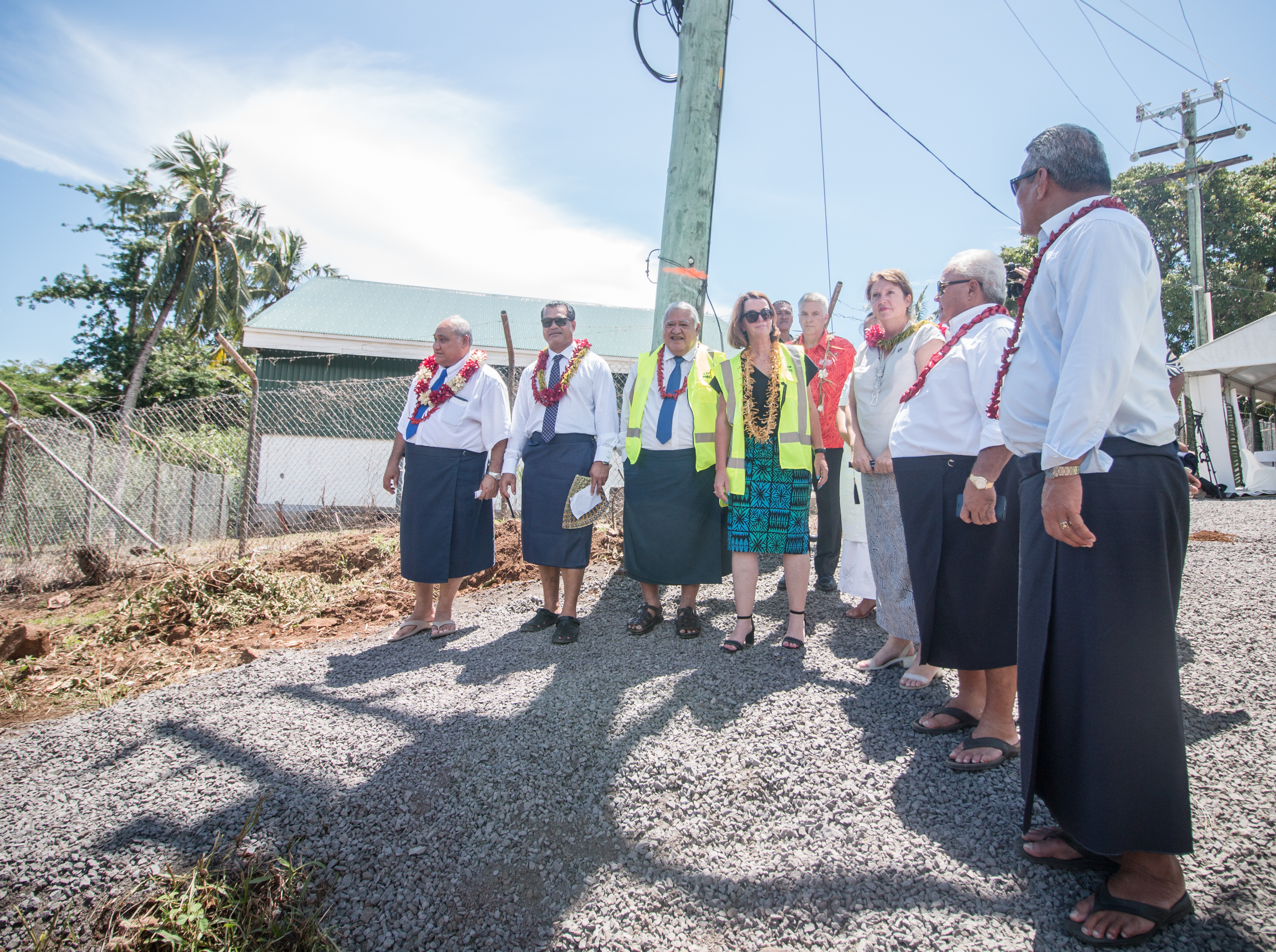 Construction of the bridge is set to begin next month and should be completed by the Pacific Games, said project manager Maverick Wetzell.

While bailey bridges are designed to be easy to install and maintain, Samoa has no experience with them. So it was important to get an expert in the field to support LTA in the process, Mr Wetzell said.

The parts can be carried on trucks and lifted into place by people and without a crane. Most importantly they can be erected over affected flooded areas without delay so that people can immediately access much needed services.

The other four bridges have not been allocated a location as yet. The LTA’s priority list for bridges and crossings will continue to guide decision making, said Mr Wetzell.