Samoa
Former Immigration Officer David Nomeneta Uaine with his lawyer Uanasa Iuni Sapolu and some members of the family after the court. (Photo: Areta Areta)

Former Immigration Officer, David Nomeneta Uaine, has been found guilty of 28 charges in relation to allegations of the sale of Samoan passports to non-Samoans.

However, four charges of recording information on a passport database against him have been dismissed.

Uaine is alleged to have lodged and processed applications for Samoan passports for non-Samoans, when he was an Assistant Immigration Officer from 2016–2017.

It is alleged that out of the six applications, five were "successful" and resulted in Samoan passports being issued. There is also the allegation that he received money for the Samoan passports.

For the charges of forgery, Justice Tafaoimalo in her decision pointed out the birth certificates accompanying the applications are not genuine.

It means the six people (in the applications) are fictitious people.

“I am satisfied beyond reasonable doubt that the six applications forms, which initiated the process through TARDIS are false documents as each of the applications purports to be made by persons who did not make it or by fictitious persons,” she said.

Justice Tafaoimalo made it clear the applicants were not eligible for Samoan passports since their birth certificates were not genuine.

“The five passports which eventuated and issued to Franco, Mark, Dave, Miriama and Antoinette are also false documents,” she added.

“I am satisfied that in the case of all six applications the accused approved them as evidenced by his signature on the front page of all applications.

“His approval meant that 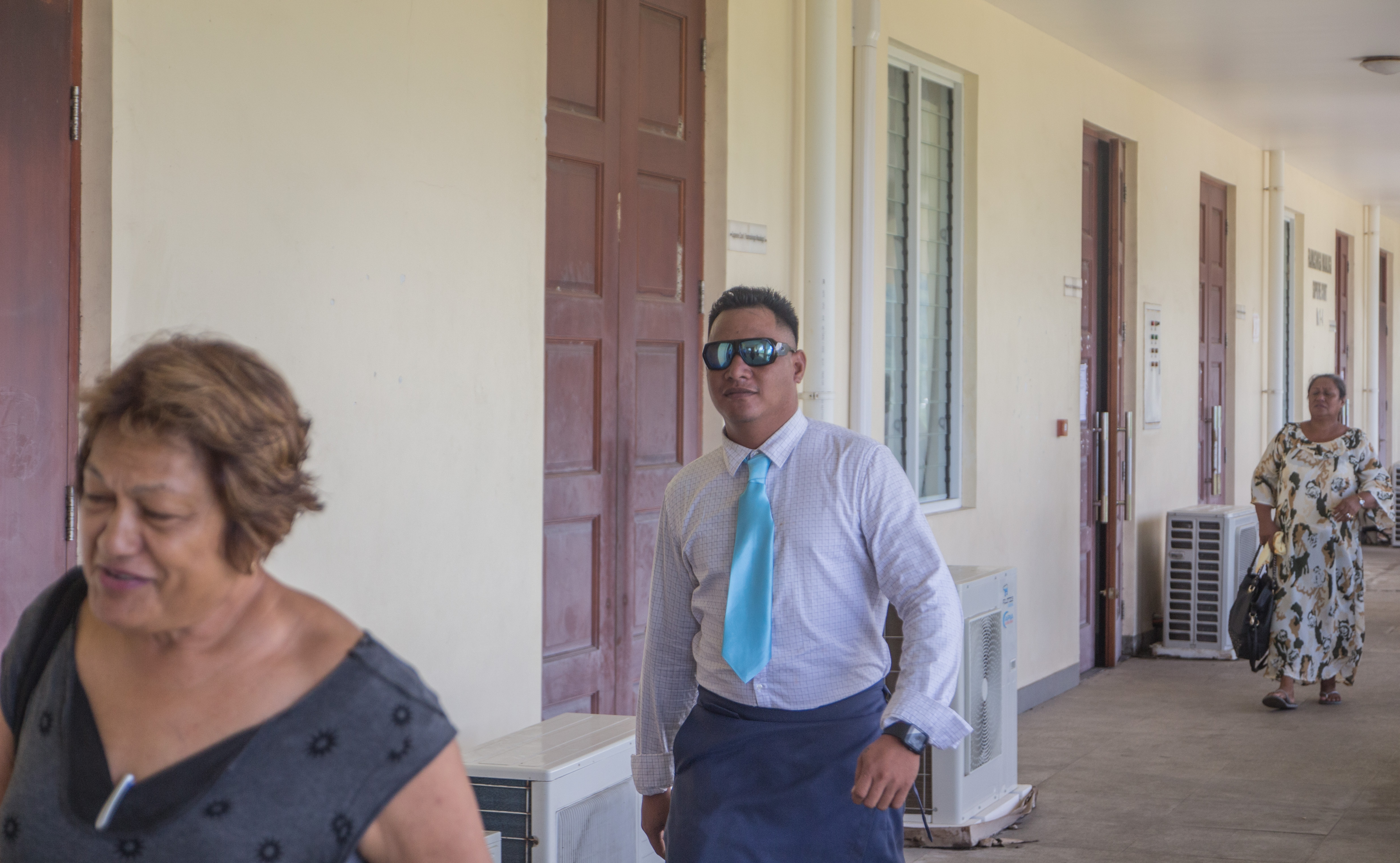 he had checked the applications to ensure they had been filled out completely and had supporting documents being a birth certificate and two passport photos. The signature of the accused on all six applications is recognised by Falaniko and Siaopo and I accept their evidence on this point.”

In her reasons, Justice Tafaoimalo accepted that the TARDIS system is a system – whereby in theory three people are needed to process all seven stages of issuing passports.

However in this case, it has been shown that one person can register the application (cashier) and one person can complete all other stages of processing a Samoan passport, provided other users are left open or if the passports are known.

“I accept that the accused approved six applications with fake birth certificates,” she said.

“Therefore, I accept he undertook the six stages when those users were out of the office…”

TARDIS is the passport database currently in use in the Immigration office.

Furthermore, Justice Tafaoimalo said she accepts the accused completed, certified using false names and lodged the six false applications knowing them to be false and he intended that they be used as genuine.

“He processed the applications resulting in the creation of five Samoan passports, knowing them to be false and intending that they be used as genuine.”

The four charges of corruption and bribery of an official that Uaine is accused of are in relation to applications of Franco, Mark, Antoinette and Janet.

In her decision, Justice Tafaoimalo said these facts when looked at in totality prove beyond reasonable doubt that the accused corruptly accepted or obtained a bribe for issuing Samoan passports to Franco, Mark, Antoinette and Janet.

For the charge of forgery, Uaine is accused of using forged document in relation to all application forms for Samoan passports.

Justice Tafaoimalo pointed out the accused knew all six application forms were false and he acted upon them and dealt with them as if they were genuine.

“Due to my finding that the accused knew that the passports were false, and he received money in relation to his scheme, I am satisfied he sold and gave these four people Samoan passports without reasonable excuse. I am satisfied that the elements of this charge have been proven beyond reasonable doubt.”

For the charge of recording information on passport database, Uaine is accused of doing so in relation to Franco, Mark, Dave and Miriama.

According to her decision, Justice Tafaoimalo said she is satisfied that Uaine recorded the information for the four applications into the TARDIS system.

However, she found it difficult in finding that he did not have reasonable authority to do so.

“Putting aside that the fact th 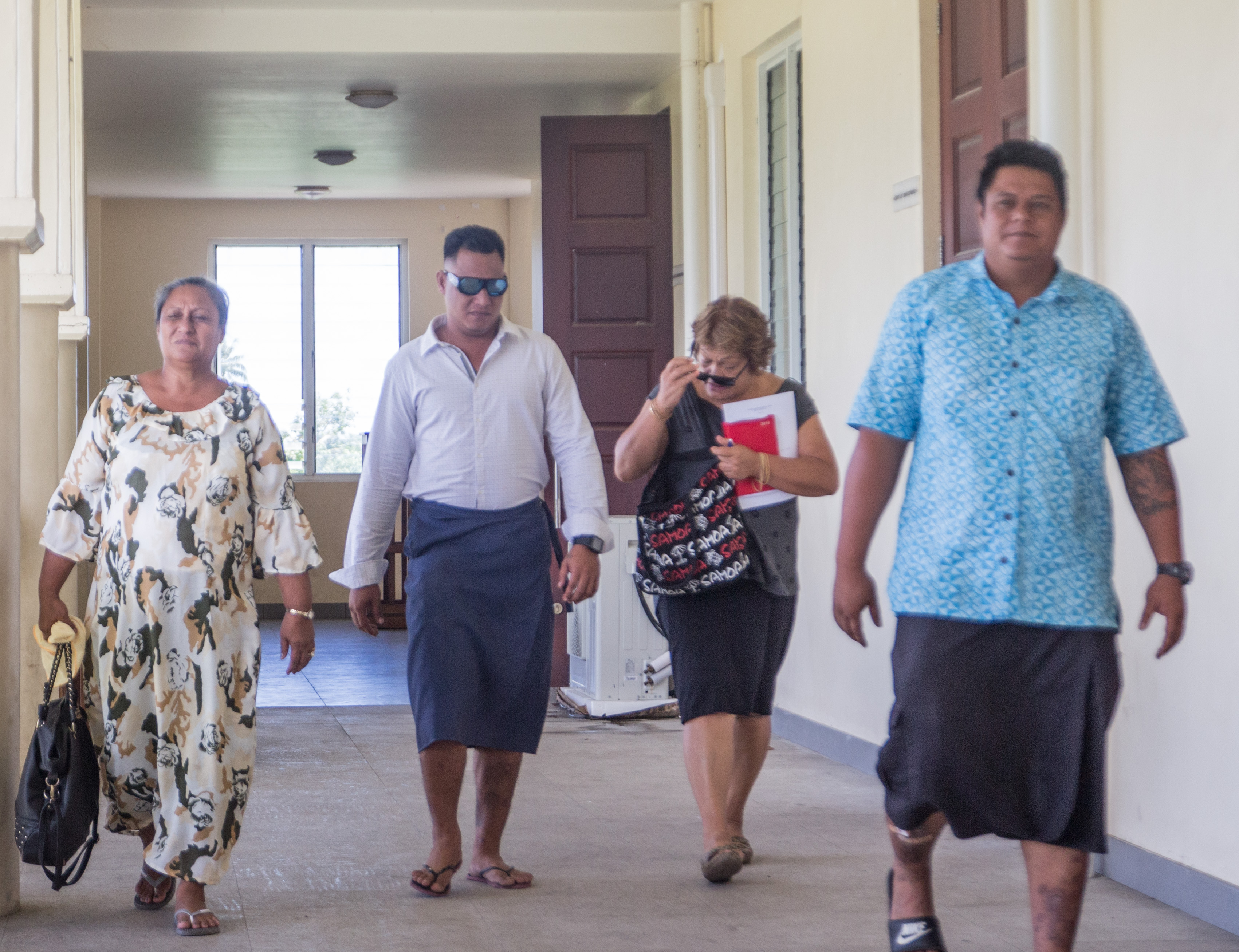 at information that was entered was false, the accused was able, as were all immigration officers to use others users to complete stages of TARDIS to expedite the processing of passports,” she said.

“All immigration officers who testified gave the same evidence in relation to their users.

“The reason for sharing users and passwords was for reasons of practicality and all were aware that others were using their users to complete the processing of passports.

“There was widespread acceptance of this practice, given the office was short-staffed when officers were on duty at ports of entry into Samoa. Where there is, in this case, a system of openness and acceptance in allowing others to use individual users and the sharing of passwords, I am satisfied that that was reasonable authority given to the accused to record information into TARDIS.”

She added she is not satisfied beyond reasonable doubt that the accused did not have reasonable authority to record information into TARDIS.

Justice Tafaoimalo suggested that perhaps this open system needs to be reconsidered in light of what has now surfaced but it was a system which allowed the accused to record information into TARDIS.

Uaine is remanded on bail and will be sentenced on 11 April 2019.