The Government will provide the National Kidney Foundation with a bigger office space to enable it to cater for the increasing demand for dialysis treatment.

Minister of Health Tuitama Dr. Leao Talalelei Tuitama, in his opening remarks recently to mark the launching of a kidney awareness campaign, said the Government will provide the Foundation with a bigger office space.

He said more young people between the ages of 25-45 need dialysis treatment in Samoa, which is why the Government decided to step in to assist the Foundation.

The awareness campaign – to be spearheaded locally by the Foundation in partnership with mobile phone company Digicel – coincides with World Kidney Day celebrations this week in Samoa and around the world. The theme of the World Kidney Day 2019 celebration is “healthy kidneys for all Samoans”. 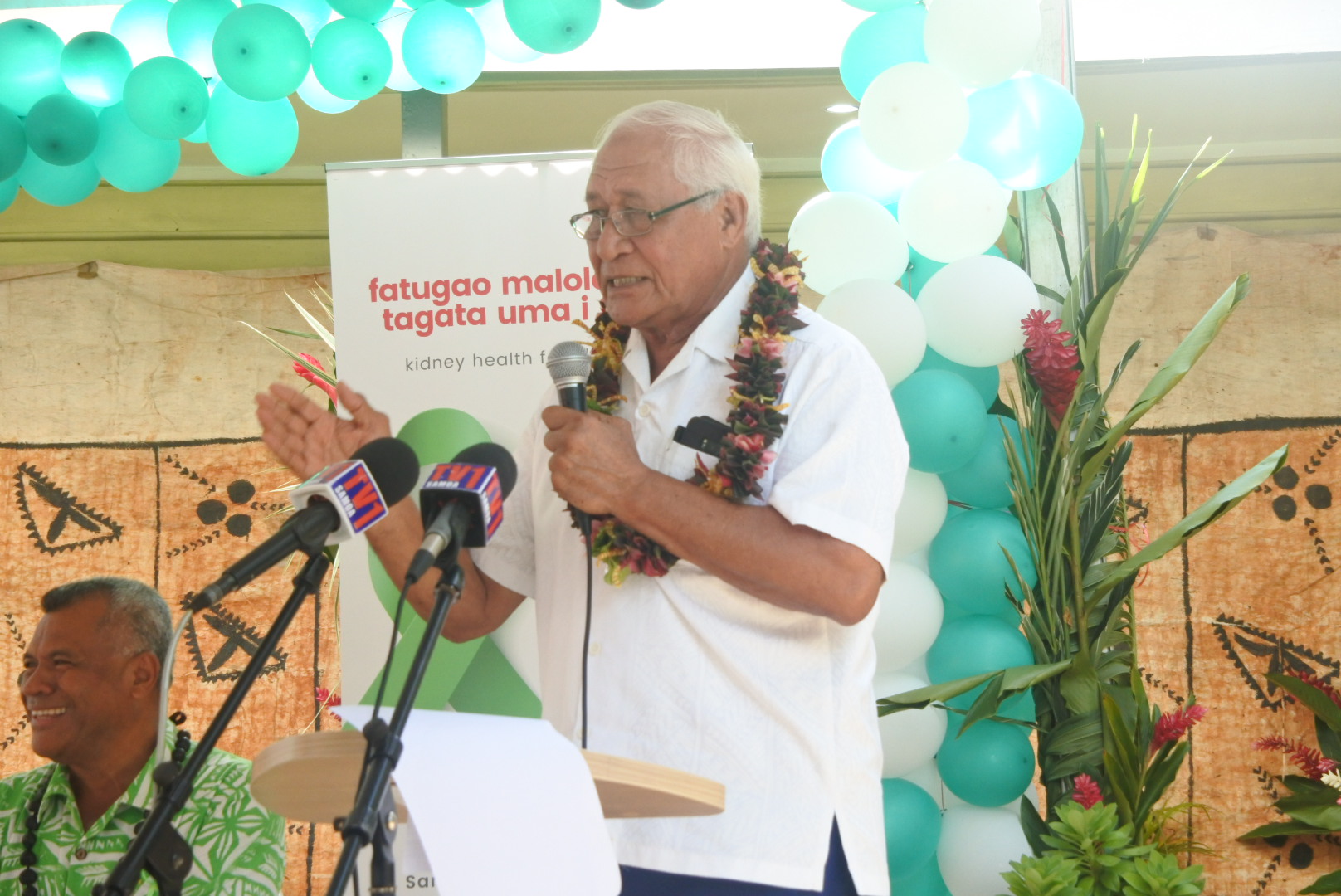 The objective of the awareness campaign is to make the public aware of the dangers of kidney diseases and alert them to the fact that it will be a major challenge for Samoa.

Statistics provided by the Foundation show that there are 126 permanent local residents on dialysis treatment and over 430 people have been given renal replacement therapy as well as dialysis since the Foundation's establishment in 2005.

Responding to the statistics, Tuitama said the numbers are high number, given that only six people needed dialysis treatment in 2005 when the facility opened. He said there are also capacity challenges facing the Foundation, such the lack of specialist physicians to performa special surgeries.

To address the capacity issues, the Orchid Team from Australia was introduced to Samoa in 2010 and brought a team that included vascular surgeons, anaesthetists and specialist theatre nurses.

The Foundation has in recent days been carrying out awareness on kidney diseases in public and at ministries. However, their goal is also to give priority access to patients who are managing diseases that cause kidney failure.

During the ceremony recently, two patients were invited to the stage to share their life experiences undergoing dialysis treatment.

One of the patients, Seiuli Lotumalii, has been on dialysis since 2014, but emphasised that he is still strong and lives a normal life and hopes the services offered by the Foundation is available to others like him.