Island Base FM: Samoa set to get new radio station

Jasmin Ziedan, managing director of Island Base FM and Base FM here in Samoa to launch the new station. (Photo: Misiona Simo)
Education

Award winning reggae and hip hop artists will flood Apia this week, with one reason: the launch of Samoa's newest radio station, Island Base FM.

Samoa's own Poetik, and artists Israel Starr, MC KP, Lion Rezz  and Lucky Lance will perform both together and apart in a series of launch events, celebrating the first week of Island Base FM, streaming from Saturday on 87.5 fm across Samoa.

Island Base FM is the project of Jasmin Ziedan, the managing director of Base FM from Auckland, New Zealand. She said with the talent available in Samoa, a local station dedicated to promoting and developing their music was a no-brainer.

Ms Ziedan's Samoan colleagues and friends told her they find it hard to not only come to Samoa to perform, but to even get played on local radio stations.

"King Kapisi, Ladi6, Poetik, all those kinds of artists are touring around the world and are award winning artists, they are playing in all the other islands but they find it really hard to get played on the radio here, to get a venue, to get local support," she said.

"Music is in their blood, but it doesn’t get taken seriously enough here as an avenue to make a career out of. But in New Zealand we have people living off music, from Samoa."

The new station will have its home upstairs from Paddles, in the iconic former spot of Y/Not Club, where performers like Poetik, or Ventry Parker, got their start.

"This is where he did his first ever gig, when he was 15 years old and now we're bringing him back as an award winning artists. And he's saying oh my God, I'm playing at the same spot, how cool is that?," Ms Ziedan said.

Ms Ziedan has been running Base FM in Auckland for over a decade. She said she was seeing how much talent was dominating the radio, the awards and the grants program, all coming from Pacific Islanders.

"It's only by growing up in New Zealand and having platforms that support them, and realising this is an avenue to take seriously they can make a career out of," she said.

"I know from living here, every boy walks to the rugby field thinking maybe someone will pick them up and take them to the rest of the world. But that's what they can all do with music, and the chances are 190 per cent bigger, that it will actually happen.

"By giving them a platform, some inspiration, connecting them with international artists - their own people - hopefully that's what we'll be able to achieve." 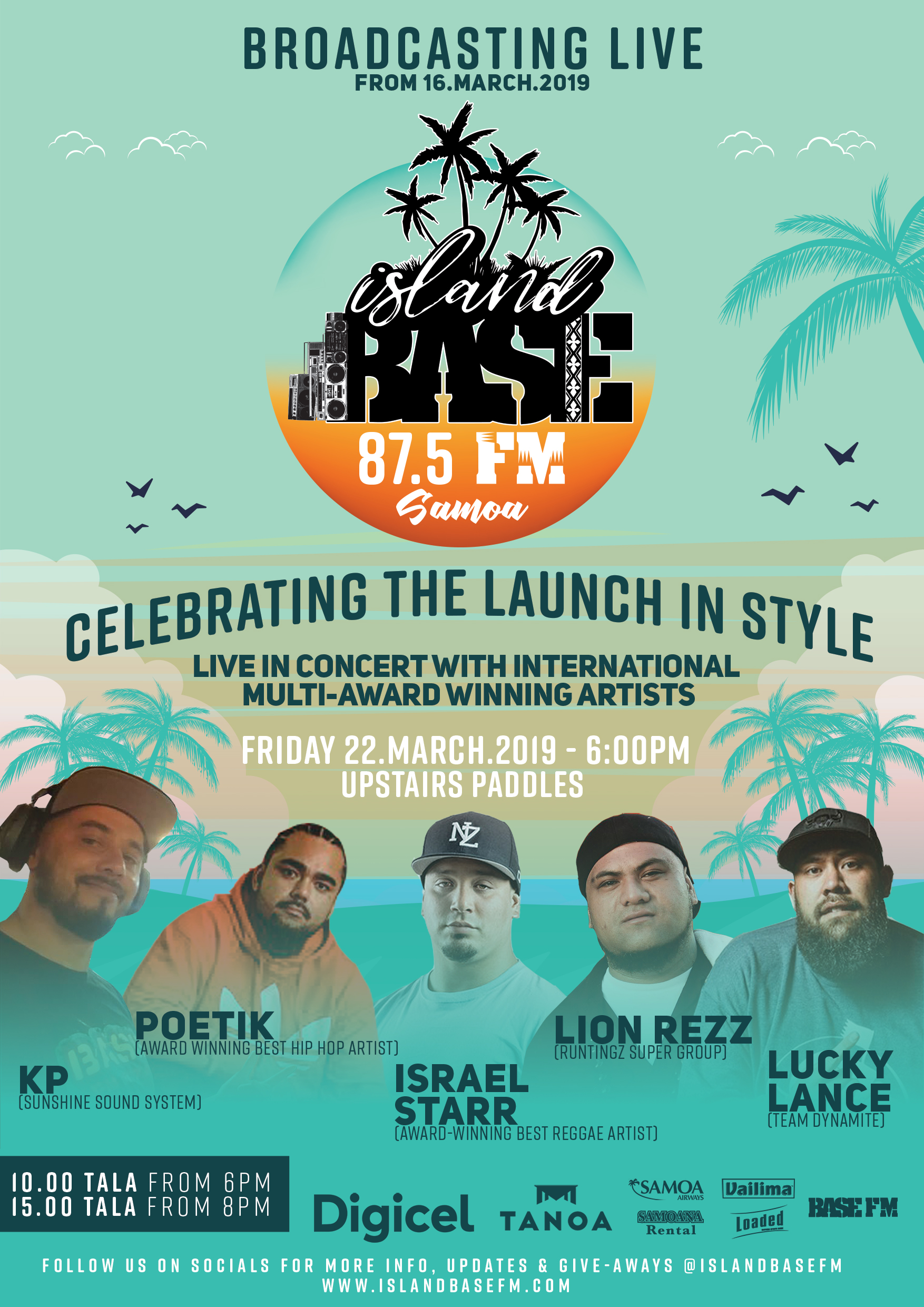 With Island Base FM, Ms Ziedan hopes to create that same fostering environment she knows from New Zealand. The artists who feature will perform live in the studio and and share their stories with the DJ's and radio hosts, and then partner with other musicians to mentor them.

The studio itself will be mobile and can be taken across Samoa to record and broadcast performances live, not only in Samoa but to Base FM in New Zealand too, and anyone who listens online too.

"Everyone here loves those big American artists but the songs of award winning Pacific artists from New Zealand are just as good," Ms Ziedan said.

"In New Zealand they have the support, but somehow they are not valued as much here. That's our incentive to bring that connection back."

And to help local supporters reach a wider audience, she will charge the same rate for both Island Base and Base FM advertisements, and in Tala.

"Having had a local business myself, I know you can't crossover. You don't have the budget to afford promotion overseas but now we can offer that to people.

"Samoa Airways, Tanoa, Digicel, they all want to try cross into the other market and now they can, they don't have to just advertise here."

The official launch party will be at the new studio upstairs from Paddles on Friday 22nd March from 6pm.