Samoan patients as young as nine getting dialysis treatment

Patients as young as nine have undergone dialysis treatment at the National Kidney Foundation Headquarters at Motootua in Apia.

The worrying statistics were revealed by the Foundation's head nurse Seve Malaetele Sefo, in an interview with the Samoa Observer yesterday, while adding that currently they have a 14-year-old boy and a 15-year-old girl as patients.

Between 300 to 400 patients have gone through the Foundation and undergone dialysis treatment since its establishment in 2005.

The key to living a life free of dialysis treatment is a healthy lifestyle and early and regular check-ups as prevention is better than cure.

"The advice is to look at the lifestyle especially when it comes to food and then obesity, that’s where exercise comes in so it’s really to promote a better lifestyle for the people, especially diet and exercise and to get checkups, do not wait until you feel unwell," she said. 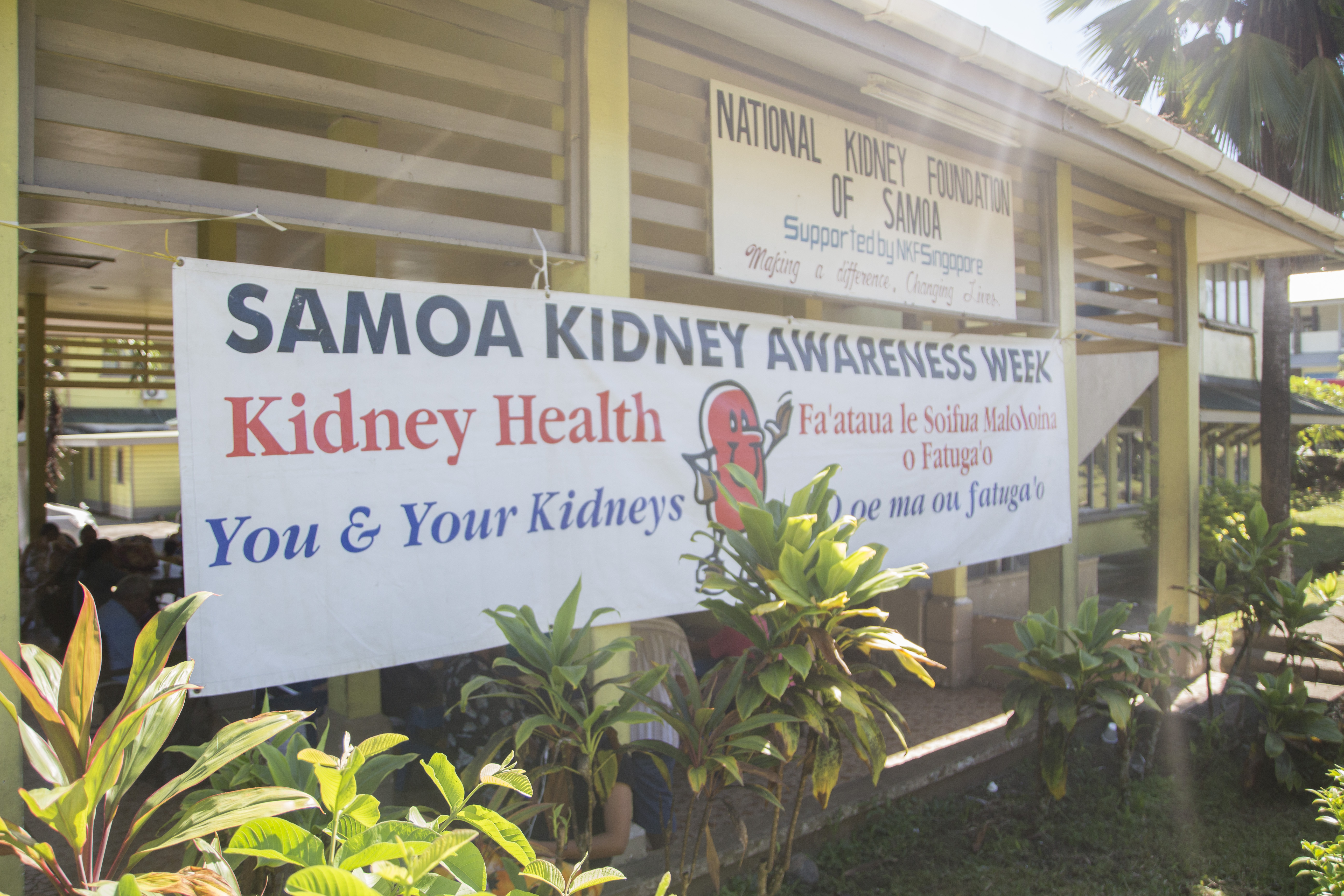 "Starting from Mondays until Saturdays, there are a lot of people coming in, and with the very little number of chairs or machines that we have, we now have to use the machine three times a day.

"We also cater for holiday patients we also accept holiday patients, like tourists or our families overseas who want to come and they request to have time to come in so that’s why we have a lot of patients, so it’s not only 130," Seve added.

While the Foundation currently offers a critical service, Seve said their lack of capacity continues to be a challenge for current staff.

"This unit specifically, the nursing staff looks over it so just around 17 members of staff in NKF so they work 12 hour shifts, doing three shifts of patients a day so there is also a lack in staff."

She said the demand for dialysis treatment varies with age and gender with most of their patients mostly males with females not far behind.

"The older ones right now starting from 30 years old is mostly because of diabetes while the younger ones starting from the 14 year old is because of infections from bacteria left untreated when they were young."

In an appeal to parents to stop their children from playing in puddles, Seve said they face an increased risk of bacteria infection which can affect their kidneys.

"But some young ones at 22-years-old, we don’t know why their kidneys were affected, but one other suspected cause with the young ages we look at is the abuse of drugs, alcohol and smoking. And then with the obese patients, because the young ages right now are because of hereditary diseases," she added.

"It could just be a family history illness especially with bacteria as they can affect kidneys when young, scarring the kidney at a young age with symptoms only to be visible years later."

Seve said this is the reason why they run awareness programs with the children to make sure the young generation are well aware of the risks of their choices as not only old people get affected.

In commemoration of the World Kidney Day 2019, the Foundation will host a series of activities this Thursday to mark the day.

Broadcasters at the state-owned Radio 2AP have completed joint training with Samoa Victims Supoport Group (S.V.S.G.) to equip themselves with the skills to work with survivors of domestic and sexual violence abuse.

The role of youth in nature conservation is critical. The point was made during the 10th Pacific Islands Nature Conservation and Protected Areas conference held from 24 to 27 November 2020.