Minister for Revenue, Tialavea Tionisio Hunt who is highly concerned of drug problem in the country. (Photo: Misiona Simo)

A senior Cabinet Minister has expressed grave concerns about the growing presence of hard drugs in Samoa, especially methamphetamine, which is commonly referred to as “ice.”

The Minister of Revenue, Tialavea Tionisio Hunt, is even more alarmed about how the drugs are being brought into Samoa. He suspects that most of it is being smuggled through the borders.

“Our borders have never been so vulnerable until now,” he said, “especially with American Samoa which is in close proximity and they are battling a drug war.”

The Minister pointed to a number of recent violent incidents where drug use was identified as the source.

“There have been strange and unusual incidences occurring lately and we find out late that the person was high on ice. And this is alarming and we must act collectively to eradicate this drug from within Samoa,” he said.

As the Minister of Customs and Border protection, Tialavea is frank about the challenges they face. He said the Government does not have enough resources and manpower to fully protect Samoa’s borders. For instance, there are only two K9 dogs to cover all the entrance points to Samoa.

“The drug detector dogs are at the airport but not all the time as we can’t have the K9 working one shift after another, they must rest as well,” he said.

“And it cost $200,000 for one K9. We station the dogs at the airports and sometimes at the wharf and hardly at the Post Office.”

Tialavea said all these points are potential entry points for drugs.

The Minister added they are still waiting on the Asian Development Bank (ADB) to release the funds to purchase the cargo scanner.

“In the long term, meth use can cause irreversible harm by the increasing of the heart rate; blood pressure; damaged blood vessels in the brain which can cause strokes, cardiovascular collapse or death; and liver, kidney and lung damage,” Tialavea said.

“The most scary part is that the drug is addictive.”

Tialavea also does not rule out the potential of the drug being manufactured in Samoa.

“I suspect there is a lab making ice somewhere in Samoa, given its strong presence in the country.”

During a previous interview, the Minister said it would cost the Government $10 million to install cargo x-ray scanners at the wharf, the Post Office and the Faleolo and Fagali’i airports.

Parliament has approved a budget of $13.2 million for the Ministry of Revenue for the Financial Year 2018-2019, out of which $900,000 has been appropriated to construct a building at the Apia Port to house a new container scanning machine to ensure strict compliance.

Tialavea said they are also working with the Ministry of Police and the Transnational Crime Unit on the drugs issues.

Last year American Samoa Governor Lolo Moliga declared that American Samoa was facing a drug crisis and called on the residents to take immediate action to battle this epidemic.

The American Samoa Government moved to established the American Samoa Drug Control Commission. In a memorandum issued on the matter Lolo was alarmed that families are being ravaged by drug use and abuse.

“Specifically drugs are destroying the futures of many of our young people.

“We must take immediate action to battle this epidemic and while we may have government and private programs operating, we need to combine resources and tackle the problem in its entirety. Therefore it’s necessary that I establish the American Samoa Drug Control Commission.”

Former Cabinet Minister and senior Member of Parliament, La'aulialemalietoa Leuatea Polata'ivao, has been told by his constituency of Gagaemauga No. 3 to leave the ruling Human Rights Protection Party (H.R.P.P.). 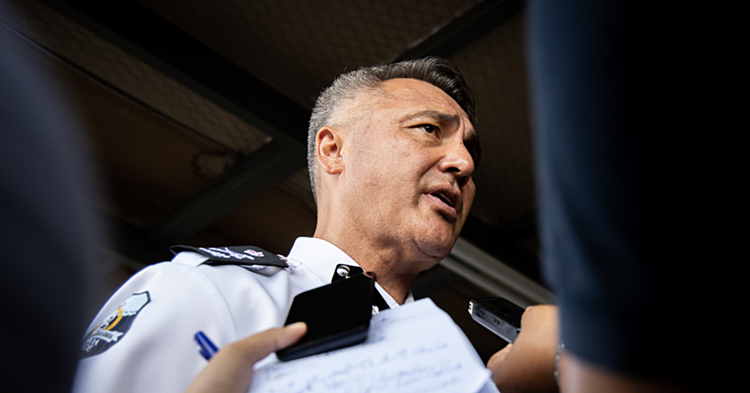 “We eventually find the child like a lot of cases that we have, but how do you keep that child home? So it’s a deeper issue than just running away, and that’s why our families need to be involved and look at what the circumstances are," Police Commissioner, Fuiavailiili.

In relation to the appointment and dismissal of the judges of the Land and Titles court system Mr García-Sayán the involvement of the members of the executive power in the appointment, suspension and removal of Land and Titles judges raise serious concerns in relation to the respect for the principles of independence of the judiciary and separation of powers, since it allows the Prime Minister and Cabinet to interfere with the personal independence of the customary judges, who may feel pressured to support the position of the executive power in order to be appointed or to minimise the risk of being dismissed.