Salega’s Member of Parliament, Olo Fiti Vaai, has demanded transparency and accountability from the Government in relation to the settlement of a $1 million tala lawsuit against the Police.

Speaking to the Sunday Samoan, Olo said the Prime Minister and the Minister of Police, Tuilaepa Dr. Sa’ilele Malielegaoi, should reveal how much the Government has paid to settle the lawsuit.

What’s more, he wants the Police officers responsible to be held accountable for the cost, he said, would now be carried by taxpayers who had nothing to do with what happened.

“It is our money that will be used to pay for these things and I think we have the right to know how much is being paid in these settlements as a result of reckless actions by government employees,” Olo said.

In 2015, Mr. Misa filed the $1 million lawsuit against Ministry of Police in relation to an incident where he was arrested at gunpoint at the Fugalei market. The search and his arrest by a contingent of armed police officers was carried out on orders from the Police Commissioner Fuiavaili’ili Egon Keil.

The matter was set down for a hearing last November. Scheduled for three days, on the second day of the hearing, the Attorney General’s Office informed the Court that the lawsuit had been settled. They did not give details.

"We refer to your email of 01 March 2019 (attached) to the Attorney General. This response is a joint response from the parties to the matter you refer to,” Ainu’u responded.

“The matter referred to has been settled between the parties and the terms as per terms of settlement, are confidential.”

But Olo Fiti took issue with concealment of sums pertaining to lawsuits against the Government.

“This is a load of crap, mediation is sealed which is understandable however we have the right to know how much the government is paying for these litigations,” Olo said, describing the incident back in 2015 as “abuse of power.”

“Look where we are now… we’re paying for the mistakes the Police made. The taxpayers will fork out this money. It is only fair that disciplinary measures must be taken against government employees whose reckless actions led to litigation against the government; keeping in mind the settlement will be paid by taxpayers.”

The M.P. reminded about a case in 2017 where the Government was ordered to pay $100,000 settlement to the family of the three-year-old boy who was detained in a Police cell with his father in 2014.

“The three officers, including Inspectors, were suspended and dealt with internally, as a result of that lawsuit. So why is the Prime Minister not taking action on the current matter?”

“The Police have suspended officers for similar incidents. Why is the Prime Minister not holding the Commissioner responsible for what occurred in this case? The Prime Minister should do what is right.”

The Sunday Samoan approached the Police Commissioner Fuiavaili’ili on Friday during an event where he was the guest speaker. Questions were put to the Commissioner for comments and he responded: “Later, ask me later…” 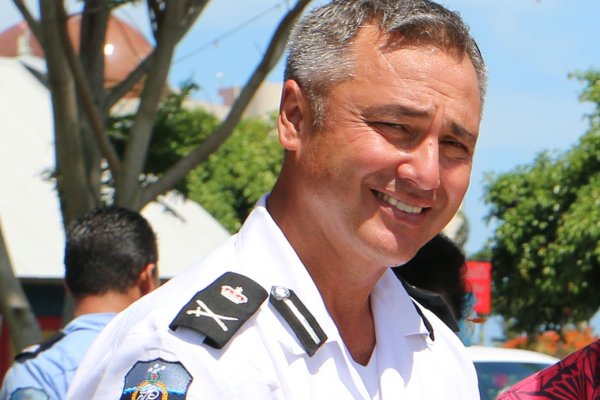 Not long after, the Commissioner packed up, walked past the reporter and waved goodbye. The Sunday Samoan visited the Police Station the same day but we were told he was not in the office.

Questions sent to the Chairman of the Public Service Commission, Aiono Mose Sua, have not been responded to at press time.

Prime Minister Tuilaepa is outside of the country and could not be reached for a comment.

In 2016, Ombudsman Maiava Iulai Toma blasted the behaviour of the Police – including Police Commissioner Fuiava – as "irresponsible", "unlawful" and "cruel."

He made the comments in the findings of an investigation into a complaint made Suitupe over the incident at the Fugalei market on 18 August 2015.

Mr. Misa was arrested at gunpoint by a contingent of armed plain clothed officers in front of a shocked and distressed Fugalei marketplace.

It transpired that Mr. Misa had "committed no crime" and the arrest was "carried out based on insubstantial and second-hand evidence."

The findings of the investigation raised serious questions about the actions of the Police and the Commissioner.

“The Commissioner of Police failed to meet basic investigation principles and placed undue consideration on second hand evidence, leading directly to the wrongful and unlawful arrest of Suitupe,” the Ombudsman’s report reads.

“The Commissioner’s decision to arm and allow the use of firearms by his officers contravened the Use of Force policy, was irresponsible, and could negatively impact the overall safety and security within Samoa.

“The Commissioner failed to take appropriate steps to identify the actions of his officers as being part of a police operation, leading to widespread distress and in one case serious health issues