The National Kidney Foundation of Samoa and Digicel have gone into a partnership to raise awareness on the dangers of kidney diseases in Samoa.

Kidney diseases affect a large number of Samoans and conducting awareness will enable those who are affected to go for tests and access medical treatment. The first awareness program was done at the Digicel SNPF Plaza.

Senior registered nurse, Seve Malaitele Koria Sefo, said the lack of awareness is the main reason behind an increasing number of people only finding out about their condition and then turning up for dialysis treatment. Over 130 patients are currently on dialysis treatment in Samoa.

She said their goal is to promote kidney disease testing and to push the public to get checked as well as living a healthy lifestyle that will not be threatened by non-communicable diseases.

"It's to reduce the improvement in these non-communicable diseases from our bodies, and especially to get assistance from us in terms of how to control your diet from having diabetes, so you won't have to affect your kidneys or undergo dialysis," she said. 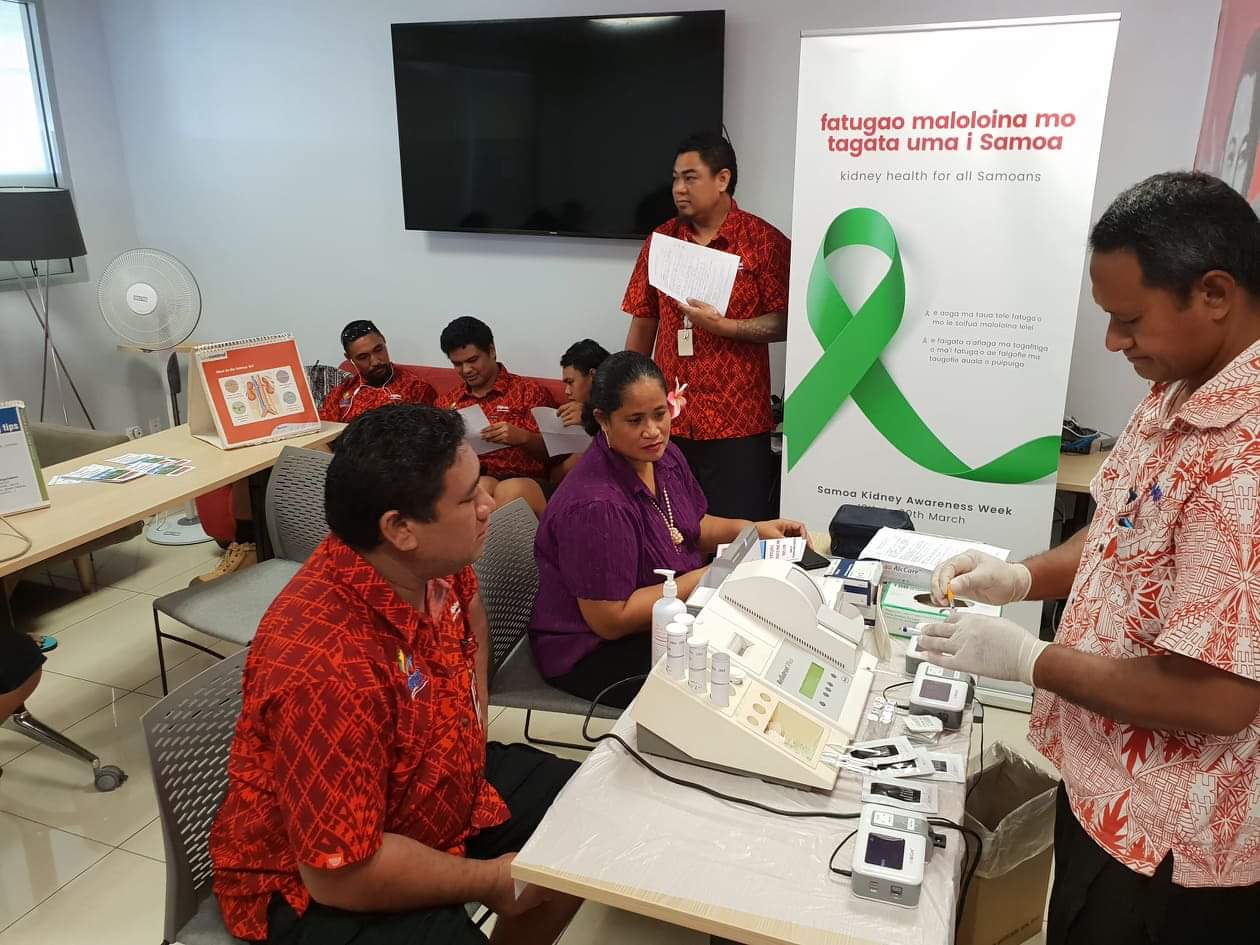 Digicel marketing executive, Hugh Taylor-Pati, said their partnership with the National Kidney Foundation of Samoa is an important step to intervening in the health outcomes of the Samoan people.

"From Digicel's perspective, we see partnering with the National Kidney Foundation as a very important step for helping the health of the Samoan people and these non-communicable diseases are one of the largest health risks that Samoan people have to deal with," he said.

Since the establishment of the Foundation in 2015, Seve said about 500 people have been given dialysis treatment since 2015 and the number continues to increase annually so it pays to get checked.

"The public should come see us as we are always here to assist you and mind you that this should not be a number one cause of death in our country," she said.

As part of the partnership between Digicel and the Foundation, a desk was set up in the Digicel shop at the SNPF Plaza last Friday where members of the public were invited to undergo tests for kidney diseases.