The Samoa Observer website, www.samoaobserver.ws, has undergone a major revamp.

It has been optimised for users to access it through various platforms, including smartphones, also providing subscription options for readers in Samoa and abroad.

The newspaper's headquarters at Vaitele has also started using Muse, which now enables the combination of articles, photos and videos into a single news package, and streamlines its news processing workflow.

A team led by Hatch Managing Director, Cody Carnachan, flew into Apia last week to add the final touches before the system was used on Thursday.

The Hatch team also ran training for staff, to enable them to use the new internet-based news processing system.

The migration of news content to the new web platform was completed last Friday and the new website went live later that evening.

"The Samoa Observer continues to evolve to give our readers in Samoa and the world the best in news and entertainment,” she said.

“The website upgrade and the shift by our newsroom to Muse – which refines our news processing systems and enables content distribution on multiple platforms simultaneously – is a first for the industry in Samoa and the region.” 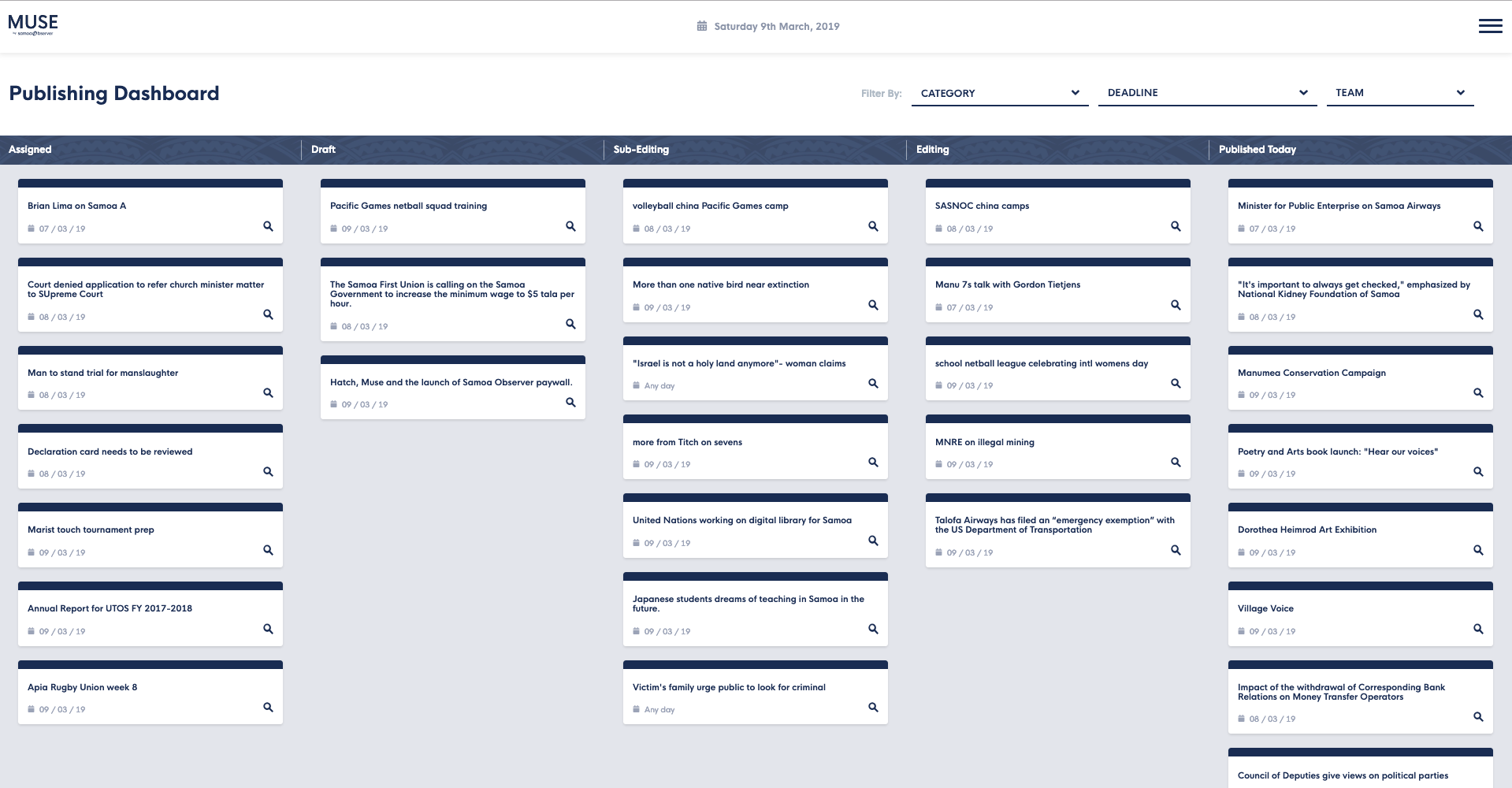 Samoa Observer Digital Manager, Jarrett Malifa, said readers in Samoa and around the world can now get their news quicker and with a richer experience.

"Through Muse, the Samoa Observer can now combine articles, photos and videos into one package and send it straight to its online streams and print for the next day,” he said.

“Readers can now expect to get their news a lot quicker and with a richer experience behind a paywall that charges a monthly subscription fee.”

While the evolution in the company's news content production and distribution opens a new chapter, Editor Mata'afa Keni Lesa said the principles of independent, objective and investigative journalism remains at the core of the newspaper and they will strive to uphold the tenets for the benefit of their readers.

With the deadlock of 26 seats for the Human Rights Protection Party and Faatuatua i le Atua Samoa ua Tasi, there is a possibility Samoa will have to head to the polls again.

A single-car crash at Luatuanuu on Tuesday afternoon was apparently caused by speeding and has left two people in Motootua Hospital with serious injuries.