The teams and organisers celebrated Friday's International Women's Day, and its theme of Balance for Better.

The Fizz Free League promotes healthy eating alongside physical activity, and Collegiate U14 coach Eka Arp said her girls were all keen to do better in health.

"They've been excited to come to training and say 'Oh we had pizza last night but I didn't have it and I had the soup instead'."

She said she was surprised that before the tournament some of the girls didn't really know what a balanced diet was.

Arp said teaching the girls at this young age was a good way to fight Samoa's problems with NCDs.

"In our days we didn't really have anything like that so I can see a big difference now, there's more awareness out there."

She said her team of mostly 12 year olds and one 11 year old came together just days before the first game of the league.

"They got thrown in the deep end, and i've seen the improvements ever since we started."

She is hoping they can gain some skills by the end of the tournament, in order to get some wins next time.

Arp's daughters Keisia and Nikhia play in the team, which is why she coaches. 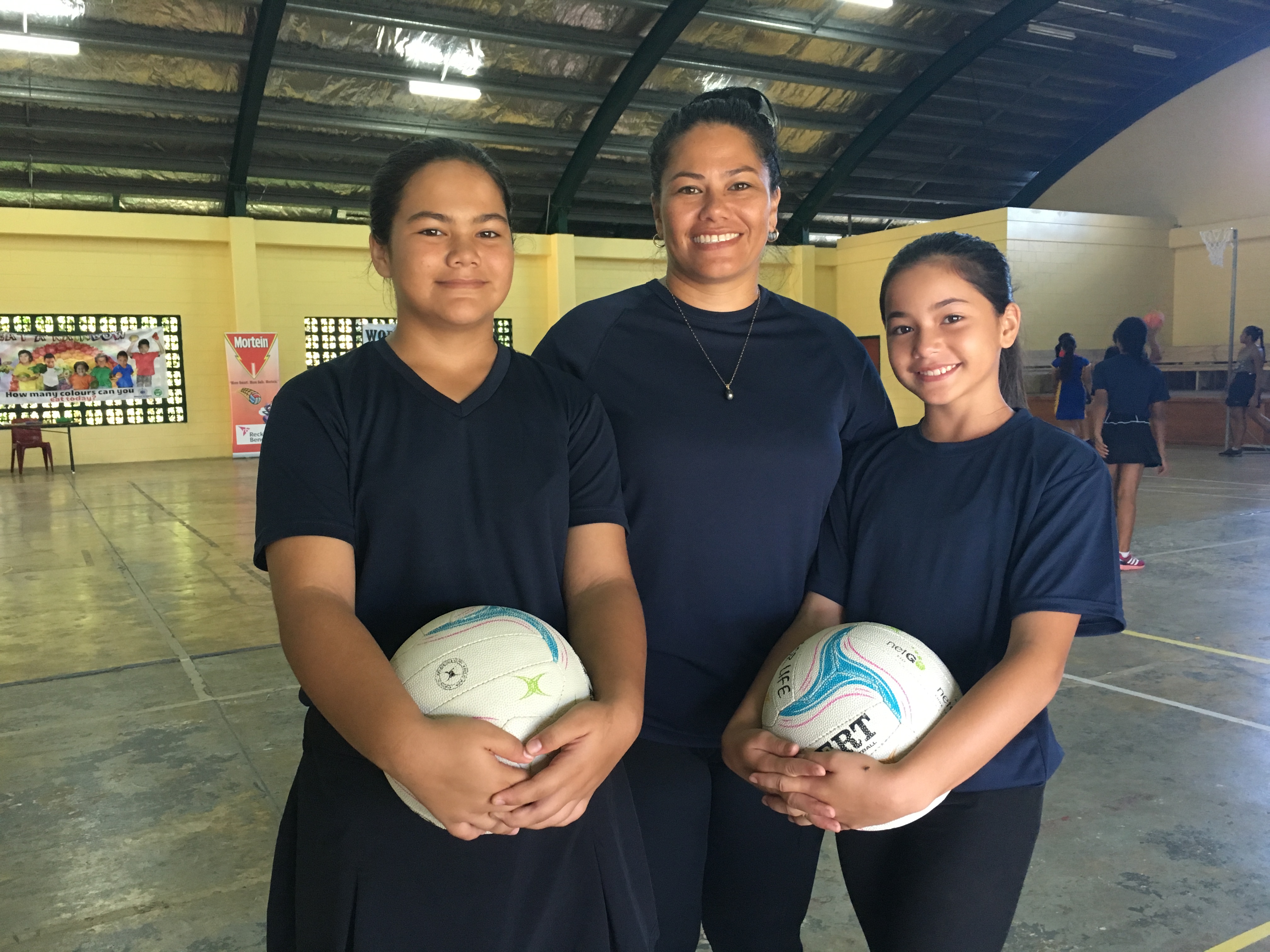 "I've always loved netball, and to be able to pass it on to my kids and their friends is even better.

She has done some coaching programmes with Netball Samoa, and is now going into schools and passing on the skills she has gained to teachers as well.

"I've learned heaps, and I feel like I'm helping other people learn too."