The new Ambassador for Romania to Samoa, Nineta Barbulescu, yesterday presented her credentials to the Head of State, his Highness Tuimaleali’ifano Va’aletoa Sualauvi II.

The ceremony was held at the official residence of the Head of State at Vailele.

In a brief speech to mark the occasion, Ms. Barbulescu said that Romania maintains and develops peaceful relations with all states.

“As a member State of the European Union (UN) since 2007, Romania has contributed to the development of relations between EU and Samoa; we will continue to do so, especially during the Romanian Presidency of the Council of the EU this semester.

“Romania and Samoa have established diplomatic relations on March 2, 2006 and I am honored to present to Your Highness the logo I dedicated to our 15 years anniversary to be celebrated in 2021,” she added.

Ms. Barbulescu also presented to His Highness Tuimaleali’ifano a 2019 Calendar dedicated the gift to the Samoan people.

“I am also delighted to provide today for all Samoan students a digital library of 3000 videos lessons covering all school curricula in Mathematics, Physics, Chemistry, for the first 12 grades.

“I am honored to be the first Romanian Ambassador to Samoa and I will work tirelessly to advance bilateral relations between our countries, to increase and strengthen ties between Romanians and Samoans,” she added.

His Highness Tuimaleali’ifano acknowledged the kind sentiments expressed by the Romanian President and asked the diplomat to convey his best wishes for his good health.

“Our countries share similar beliefs and aspirations for peace, justice and sustainable development.

“In furthering our relations, Samoa and Romania have worked together through our engagement with EU, And in areas of common interest particularly through our shared membership at the UN.

“We look forward therefore to continued collaboration in areas of mutual interest in the multilateral for a, such as peace and security, rule of law, democracy, human rights and sustainable development,” stated the Head of State.

He also said that like Romania, we attach great importance to the implementation of Sustainable Development Goals.

“I note that 2019 is a very important year for Romania and you can add the accreditation of your Excellency as the first Romanian Ambassador to Samoa to the list of milestone events this year.

The Romanian diplomat has a Bachelor in Law and has held the post of Ambassador Extraordinary and Plenipotentiary of Romania to Australia and New Zealand since 2015. 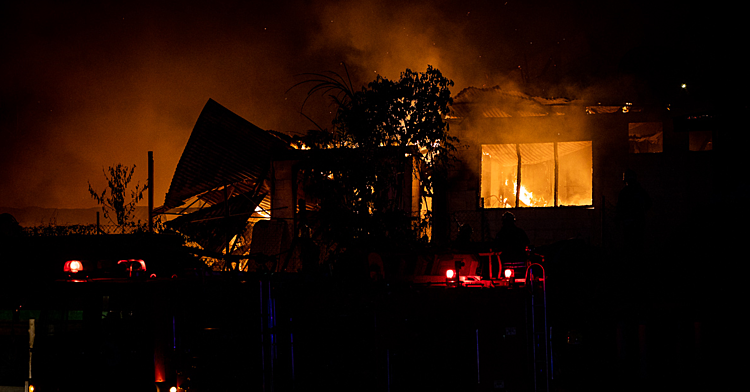 Eyewitnesses said the F.E.S.A. took less than an hour to bring the blaze under control, though they had to mobilise the support of their three fire engines.

Business Link Pacific (B.L.P.) is supporting the private sector in the Pacific Islands including Samoa to address the coronavirus pandemic challenges and prepare for the future.

The bill passed during Tuesday's special Parliament session gives effect to the decision of Government to merge the Samoa Police Services and the Prisons and Correction Services, under the management of the Police Commissioner, Fuiavaili’ili Egon Keil.