It’s the most asked question following the outrage over the death of Jeanine Tuvaiki. Should faafafine be called “he” or “she”? Some people have coined a new term called “shim.” What do you think? Is it appropriate to refer to faafafine as “she.” If yes, why? If no, why? Mathias Huckert asked in today’s Street Talk and this is what people said:

“I think that fa’afafines should be called “she”. Because they want to be females, that’s their perspective. They do their makeup and dress like women, so if they would like so, I suppose we can also address them as “she”.

They should be called “he”. God only created man and woman, there’s nothing in between.

They have to be addressed to as “he”. I remember that in the 1980’s, the government passed an act which did forbid men to wear the clothes of a female. What is happening now is that there are way too many fa’afafines in Samoa, because our Prime Minister has become their chairman. This disappoints me, because there’s only husband wife. The holy book does not say: and then, god created fa’afafine. It’s just not right, it’s stupid”.

I prefer to call them “he” rather than something else. It’s simply what they were meant to be, so why should that be changed?

We should call them “he”. There is no such word as fa’afafine. There’s only ‘tama’ meaning boy and ‘teine’, meaning girl, that’s it. Anything is rubbish.

We need to address fa’afafines as “he”. Anything else is a sin in the eyes of our Lord since He created only man and woman. We do not have the right to change this. 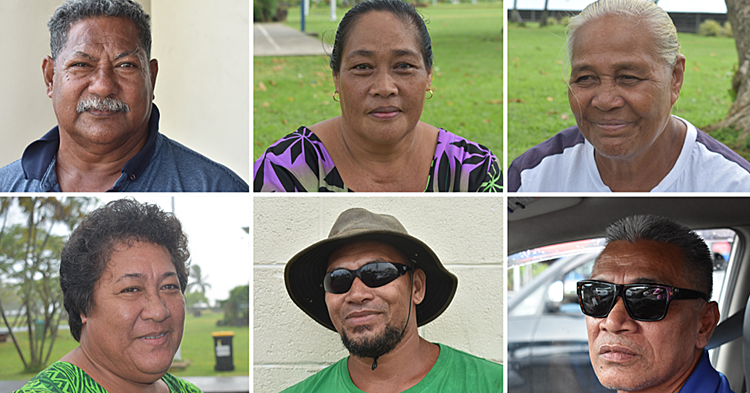 Should the Government give Samoans living abroad the opportunity to vote?

STREET TALK: There has been a call for Samoans living abroad and eligible to vote, to cast ballots in the next General Election. Should the Government consider giving Samoans living abroad the opportunity to cast their vote? Reporter Marc Membrere and Photographer Christopher Wasson asked the public and this is what they said: