The Liquor Board’s blanket ban on the sale of alcohol during the General Elections next week has left a businessman scratching his head.

The owner of the Millenia Hotel, Tuala Oli Ah Him, spoke out yesterday, reflecting what many business people are thinking.

It follows the Liqour Board’s announcement that the sale of alcohol will be prohibited at all places – including hotels and restaurants - from midnight Wednesday until Saturday morning.

Tuala said he was shocked by the announcement.

“Usually on Easter and other public holidays where there is an alcohol ban, the hotels are exempt,” Tuala said.

“But this time, I was surprised when I noticed that the ad from the Liquor Board now includes hotels.”

Tuala said he understands the rationale behind the decision banning the sale of alcohol among voters and members of the public.

But tourists should not be victimised and denied alcohol for two days because of the ban.

It gets worse. Tuala said he is disappointed that the whole country has been categorised with drunks.

“As a citizen you also feel like you are being treated like a child,” Tuala said. “It’s like they’re saying we don’t know what we’re doing with them enforcing the liquor ban on the whole country.”

A former President of the Samoa Hotels Association (S.H.A), Tuala said the decision will not only affect hotels but the tourism industry will be hit.

“Out of those three years as the President of S.H.A, I didn’t work for myself I worked for the whole industry,” Tuala said.

“So when I saw this notice, I didn’t just think of the hotels; I thought about the restaurants, all the shops, and all the major wholesales.

“Even the night clubs or bars; this is their livelihood.

“It’s the weekend and it’s the only time people can actually have a drink and relax. There are a lot of people who are affected by this. It’s not just myself, the whole industry is affected.”

Away from the serious side of the election, Tuala believes it is also an occasion that should be celebrated.

“It’s the elections, not some kind of funeral. It’s a joyous occasion and people want to celebrate.

“Election public holidays are similar to any other special occasion so the Liqour Board should really reconsider their decision.

“What if some people go to a restaurant and want to have a small glass of wine or a bottle of beer with their meals?”

“My complaint is that they should reconsider this or maybe a higher authority should step in and look at this to see if this is a good idea.”

As Christians across the country commemorate Good Friday amidst so much fear as a result of the coronavirus pandemic, they should remember God's love, grace and mercy.

Government's stimulus package gets thumbs up

An economist has given the thumbs to the Government's $66 million tala economic package to cushion the impact of the coronavirus (COVID-19) global pandemic on the local economy. 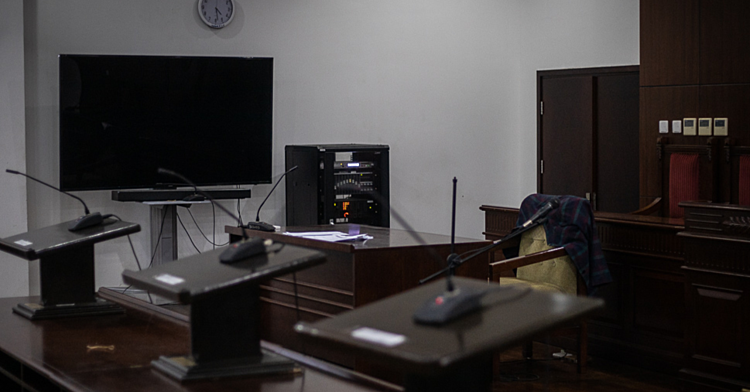 A prisoner-focused video link initiative, where prisoners will no longer have to appear in Court for criminal mention, has been launched.