The Minister of Health, Tuitama Dr. Leao Tuitama, has rejected reports the Government is planning to slash the salaries of doctors working at the hospital as part of the merge between the National Health Service (N.H.S.) and Ministry of Health (M.O.H.).

He has instead accused the National Health Services of spreading false rumours as part of a conspiracy to sabotage the merge.

“All this false information is being spread around,” the Minister told the Samoa Observer yesterday. “It is the present management that has been spreading the false information that the salaries will be slashed once they come under the P.S.C."

“I can tell you there is no plan for that. The merge is a different issue it’s not about salaries.”

The Minister said the rumours are part of a conspiracy to sabotage the merge; they are looking to implement in July 2018.

“The salary issue originated because the doctors complained that the management was not complying with the Cabinet’s decision, which was based on the Salary Tribunal recommendation to set the doctors salary according to the structure back in 2013."

“Cabinet endorsed and approved the recommendation and ordered the management to get on with it and put the doctors’ salaries, yet up until now, nothing has been done."

“There were some suggestions the management should be fired given they were not complying with Cabinet’s decision.”

Attempts to get a comment from N.H.S. were unsuccessful yesterday.

But the Minister revealed that part of moving forward included a recommendation that a clear career pathway be put in place by N.H.S. They were to report to Cabinet about it.

“Until now, nothing has been done,” he said.

“Also in 2013, I ordered the Medical Council to draft a career pathway for the doctors to go together with the salaries structure that was endorsed."

“That took two years and in 2016, the Medical Council presented the pathway career to go together with the changes of the new salary level for doctors."

“What happened was that the N.H.S. Management implemented the increase of salaries on certain doctors, yet the directive was uniformly for all the doctors."

“When the doctors realised there was a F.K. with recommendations for their salary structure, yet nothing has been done, about 12 doctors wrote letters complaining to the Ministry about their salaries last year."

“They went to the Clinical Manager, General Manager, yet nothing was done and so they came to me, they brought the issue to my attention."

“However, I saw that two doctors were my son and daughter. I recused myself because of my conflict of interest and the matter was transferred to the Prime Minister."

“The Prime Minister then issued another directive for the M.O.H. and M.O.F. to work together to resolve this issue."

“So again the doctors salaries is not a merge issue, it’s an issue with the management.”

The Minister also took issue with the Samoa Medical Association (S.M.A.), whom he met on Tuesday.

“They came to address the same issue you are talking about and I have informed them that salaries have nothing to do with the merge,” he said,

“I told them this is their mandate and I said, look you are not performing your function as an association."

“Your members didn’t know where to go to get a resolution. I thought that would have been an appropriate time to intervene and assist your members. You must have known their grievances, yet there was no action from you."

“Where were you when the doctors needed you,” he said asked S.M.A.

Tuitama noted the issues of salaries being incorrectly delivered are wrong and damaging to the image of the Ministry.

“There are people here who are trying to sabotage the efforts of the Government in implementing the merge.”

Asked as to why there has been no disciplinary action, Tuitama said timing is not on their side.

“Now is the right time to get the merge underway because it will bring resolutions to all of the rubbish within the N.H.S."

“We are looking at it, we’re not acting now and as we are closing in on implementing the merge, which will solve some of these issues.”

He said the delay is due to a number of issues.

“We have to work on the organisational chart before the legislation."

“The organisational structure has to be approved by the Cabinet, and then it will go to the A.G.’s office for drafting of law and then it goes to Parliament for approval prior to it becoming a law."

“The most challenging part of the merge is that when there are changes, it will always create doubt."

“There is fear they will lose their jobs and their salaries will be slashed. These fears are being exploited by the saboteurs who expand on them to create more fear so that people will stand up and reject and repulse against the merge."

“The purpose of the merge is due to the services that are not functioning.”

The Minister assured the merge will have no impact on the positions of the nurses, doctors and all allied professionals.

“Only the management will be changed and that is why there is ill feeling in the current management. They feel they are threatened they will lose their job."

“Of course some of them will lose their job, if your job is being duplicated why you would need to be there, that is the fact of life,” he said.

“The core function of the hospital will not change, such as the nurses’ functions, the doctors’ functions, laboratories, paramedics, pharmacists and all allied services. Nothing will happen to their jobs."

“However, only some of the managerial posts will be eliminated because there will be duplication and triplication of work."

Asked as to how many people will receive redundancy packages, contracts that will not be renewed and managerial posts that will be eliminated, and Tuitama said about 10.

“There will be some who will be redundant and there are also ways to address these issues. We’re looking at a lot of ways to accommodate this issue and minimise the effect of the merge."

“One of which is contracts. They work through it and upon expiration and they are not needed anymore, then we will not extend or renew the contract."

“We are also looking at other ministries, if their services are needed there and they can apply for that position so that way no one will be left out."

The Minister said up to $500,000 has been set aside for redundancy packages for the management staff. 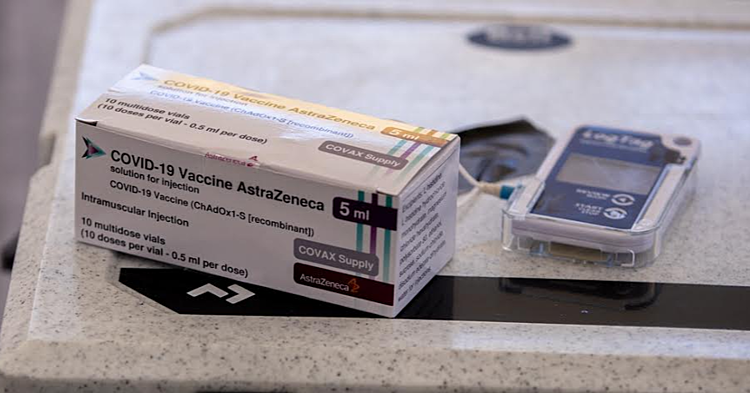