The government has denied any wrongdoing in relation to the Panama Papers leak, one of the biggest tax haven leaks of recent times.

It has also defended the actions of a Samoan diplomat who was found to have routinely assisted Mossack Fonseca in creating shell companies.

The denial is made in a statement issued by the Office of the Press Secretariat on Monday night, regarding questions about the government’s involvement in the scandal.

The statement also assures that government will strengthen its efforts to ensure Samoa is not used by money launderers and tax evaders. The statement is published below in verbatim:


The Government of Samoa wishes to address recent news coverage concerning Samoa and the leaked "Panama Papers", where government's involvement through several of its agencies has been highlighted by a few news organisations.

Incorporation of international companies is the normal activity of trustee companies and clientele is spread across the globe. The services offered are frequently used and provided in many jurisdictions worldwide including the United States and the United Kingdom.

It is legal and common for companies to establish commercial entities in different jurisdictions for a variety of legitimate reasons - including conducting cross-border mergers and acquisitions, estate planning and restructuring and pooling investment capital from investors residing in different jurisdictions who want a neutral legal tax regime that does not benefit or disadvantage any one investor.

As one of the many jurisdictions offering international financial services, Samoa prides itself in leading efforts to ensure the conduct of offshore businesses in Samoa is regulated and supervised.

This is shown through the various legislative amendments and revisions of a regulatory nature that ensure compliance with international standards set by bodies such as the Organisation for Economic Cooperation and Development (O.E.C.D), the Financial Action Task Force (F.A.T.F)/Asia Pacific Group on Money Laundering (A.P.G), the Group of International Finance Centre Supervisors (G.I.F.C.S) and the International Association of Insurance Supervisors (I.A.I.S), to name a few.

S.I.F.A is the Regulator and Supervisor of international company incorporations and licensed entities such as trustee companies; although trustee companies themselves are domestic entities, registered with the Ministry of Commerce, Industry and Labour.

The Ministry of Foreign Affairs and Trade is vested with the apostilling function, including the certification of company applications, based on advice and following a review by S.I.F.A.

S.I.F.A returns the apostilled documents to the Trustee companies  for them to continue their services based on the instructions from their client companies.  The fees charged by Trustee Companies to the companies requiring their services is a direct arrangement between these two parties.

On occasion, especially when companies are based in countries not party to the Hague Convention (e.g. Philippines, Vietnam, UAE), further certification is required by our Missions.

This means that our Missions affix a certification stamp - which simply verifies the Chief Executive Officer of M.F.A.T's signature - before forwarding such documentation to the embassy of the country where the company is based, or they can also return it to the trustee company based in Samoa, depending on the specific instructions.

In the case cited in the media report, Mossack Fonseca, after receiving the documents from SIFA, requested the Canberra Mission to arrange authentication by Australia's D.F.A.T, and to forward the same to the UAE Embassy for further legalization.

In reference to Samoa's High Commission in Australia, the involvement of a senior diplomat officer at the time as inferred by the media report, was not in any way improper.

It is a standard administrative function of our Mission to ensure documents that have been duly endorsed by the relevant authorities in Samoa are remitted to the respective embassies concerned.

The correspondence alluded to involved clearance of a courier cost that the Mission was required to pay as Mossack Fonseca did not provide a return address, and in this particular instance, adequate funds to cover the courier costs.   The administrative duties performed by the Foreign Affairs diplomat in this case did not, and does not, warrant the attention or clearance of the Minister of Foreign Affairs, who is the Prime Minister of Samoa.

The regulation of the local offshore industry rests with S.I.F.A specifically, but in matters concerning A.M.L/C.F.T (Anti-Money Laundering and Counter-Terrorism Financing) – S.I.F.A shares the load with the Money Laundering Prevention Authority (M.L.P.A) and the Samoa Financial Intelligence Unit (S.F.I.U), which are both under the auspices of the Central Bank of Samoa.

In matters concerning tax and the exchange of information for tax purposes, S.I.F.A assists Samoa's competent authority, which is the Ministry for Revenue.

In matters concerning mutual assistance in criminal matters or proceeds of crime, SIFA assists the Office of the Attorney General and the National Prosecutions Office, where necessary.

Samoa, through SIFA, is actively involved in the Peer Review Group of the ‘O.E.C.D Global Forum on Transparency and the Exchange of Information for Tax Purposes’.

Samoa has an active anti-money-laundering and counter terrorist financing regime with highly capable staff across a range of agencies.

In February of this year, the Central Bank of Samoa's S.F.I.U started a proactive operation, "Operation Signpost", to uncover professional money laundering in Samoa.

Samoa is not a blacklist country in the international community, neither by the Asia Pacific Group or the Financial Action Task Force, which are the main compliance and assessor players in terms of money-laundering and counter-terrorist financing regimes worldwide.

This is due to Samoa's strong legal frameworks to address money-laundering and counter terrorism activities, which are in accordance with international best practice  standards and compliance.

The Central Bank of Samoa and Financial Intelligence Unit have made assurances that Samoa will redouble its efforts to ensure Samoa cannot and will not be used by money launderers and tax evaders. 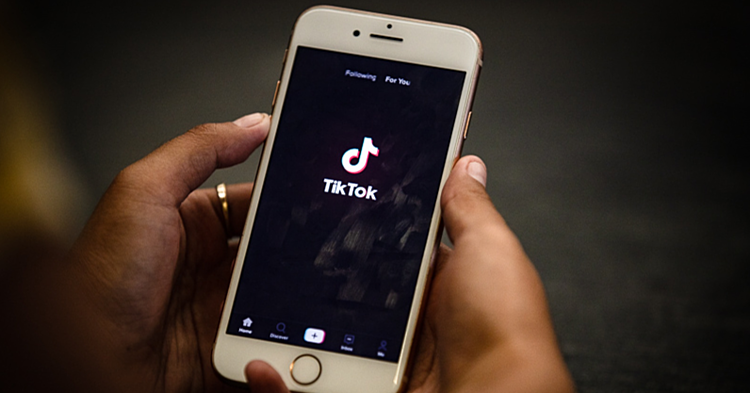 An avid Samoan TikTok user has expressed disappointment with reports her personal information is being used by the video sharing application and even allegedly sent to Beijing.