Review: A Holocaust denier is brought to justice in 'Denial'

Mick Jackson's "Denial" brings all the decorous polish of a British courtroom drama to the pungent libel case of a Holocaust denier.

Based on Deborah Lipstadt's book "History on Trial: My Day in Court With a Holocaust Denier," the film depicts when the unapologetically anti-Semitic historian David Irving brought a libel suit against Lipstadt for calling him a Holocaust denier in one of her books.

Because of the nature of libel cases in the United Kingdom (where Irving filed the suit), the burden of proof is on the defender, not the plaintiff. Hovering constantly throughout the trial — which ran eight weeks — is the question: Is it worthwhile to expend so much energy on such a loathsome liar?

It's a salient question with obvious relevance to a time where willful disregard for the truth increasingly runs rampant in national politics and social media streams, alike. Should trolls be taken to task or ignored?

"Denial" argues forcefully and convincingly for the vital necessity of confronting the perpetuation of dangerous falsehoods. It rises impressively to the wise and perhaps unpopular judgment that "not all opinions are equal." This is an honorable cause if not a particularly dramatic movie.

Just as the legal team behind Lipstadt's case brought a full array of firepower to the proceedings, so has Jackson in his film. The cast is littered with an impervious collection of British talent, in front of and behind the camera.

Rachel Weisz stars as the Queens-born Lipstadt. Her star-studded attorneys are barrister Richard Rampton (played by Tom Wilkinson) and solicitor Anthony Julius (Andrew Scott), famed for securing Princess Diana's divorce. Irving is played with snarling perfection by Timothy Spall. And the script is by playwright David Hare ("The Reader," ''The Hours").

Irving sets things in motion when he turns up a speaking engagement of Lipstadt's to heckle her from the audience. When he brings the lawsuit against her publisher, Penguin Books, the assembled legal team begins hashing out a strategy of how to argue history in a courtroom, how to prove the Holocaust.

What's partly on trial, though, is the notoriously byzantine British court system, itself. "Dickensian not Kafkaesque" is what Lipstadt says she's hoping for in her passage through its elaborate procedures.

Often, Lipstadt's experience is a frustrating one as she — more emotional than her lawyers — clashes with the stringently logical Rampton. They together visit Auschwitz where he reacts bitterly to the lack of an extensive forensics record. Despite Lipstadt's protests, the attorneys want neither her nor Holocaust survivors to take the stand to subject themselves to Irving's questions. (Irving represented himself in the trial.)

These strategic debates aren't much to hang a movie on, but the case doesn't supply much else in terms of suspense. "Denial" is carried less by the normal theatrics of courtroom dramas than a staunch sense of duty to protect the truth. It's an argument for the patient, methodical dismantling of fools.

"Denial," a Bleecker Street release, is rated PG-13 by the Motion Picture Association of America for "mild action and some thematic elements." Running time: 110 minutes. Two and a half stars out of four. 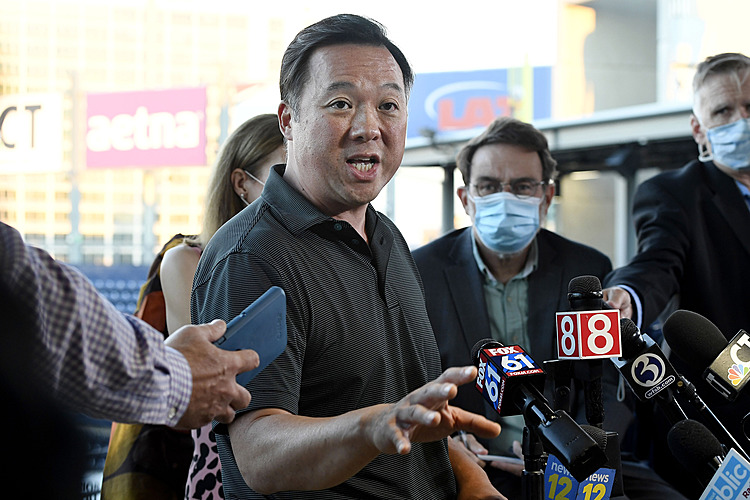