Saving the National Bird of Samoa, the Manumea

The national bird of Samoa, the Manumea is facing imminent extinction.

As numbers continue to decline, government, community and environmentalists have sprung into action to save the ‘Princess of the Forest’.

Tuesday was the kickoff of the three-day Manumea Protection Campaign at the Ministry of Natural Resources and Environment (M.N.R.E.)

Workshop Facilitator Steve Menzies explained, “This workshop which is supported by the Auckland Zoo, is about developing a campaign plan to protect the Manumea.”

“The primary focus is on hunting. We’re looking at working with the hunting community to see how they can help address some of the problems due to the fact that the Manumea is down to quite a critical status in terms of numbers. “

“The campaign we’re looking to plan is to remind people the problem that Samoa faces in terms of the Manumea and what practical things the community can do to address that problem,” he added.

Mr. Menzies says the decline in numbers is mainly attributed to human behaviour in hunting the bird for game

“Some research was done last year, which shows that the Manumea is still being killed by hunters but often accidentally when hunters are going for another Pacific pigeon.

“As a Kiwi, I think Manu Samoa and Manumea; is it important enough for people to want to do something about it?  They say there are 200-250 left, which is a bit scary.”

They say once it’s gone it’s gone; and it’s only found in Samoa.  I don’t think anyone in Samoa wants to see the bird extinct but we have to be practical about what the community can do together if people are hunting it for a reason: for food or gifts.

“The campaign workshop here is about is really saying what can we realistically do? We don’t have a lot of money and there’s not a lot of resourcing. At the start is to mobilize awareness, maybe get some funding and working with the hunting community.”

He said the continuity of the bird rests on the shoulders of us, as an entire country.

“The community bonds in Samoa are very tight; which is a country that is based on the community spirit.  I think that we need to get the community to understand first of all, is it something that the community wants to support and protect since it’s the national bird, ” Mr. Menzies concluded. 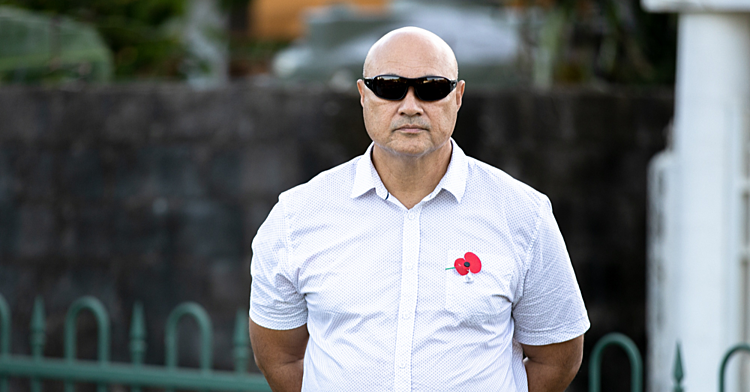