The W.B.O titleholder touched down at Faleolo Airport last night and is scheduled to front an event organised by Digicel at the S.N.P.F Plaza today at 9am.

The Weekend Observer understands Lupesoliai, who is a Digicel Ambassador, has teamed up with the “Bigger better network for their “All in One” carnival from 8am to 12pm at the Sogi Recreational Park.

The fun-filled family day will include food and drink stalls, bouncy castles for the children, games for the whole family and lots of prizes to be won.

How long Lupesoliai will be in Samoa for is not known.

Last night, The NZ Herald reported that Lupesoliai’s promoter is close to agreeing a deal with Hughie Fury's representatives on a world title fight between the pair which is likely to take place in the United Kingdom, and probably in Manchester, in September.

Segiali’i David Higgins had 30 days in which to negotiate a contract with Fury's promoter Frank Warren after New Zealand heavyweight and world champion Parker's unanimous points win over Razvan Cojanu in Auckland on May 6.

That window closed last Tuesday, but, given the two camps were so close to a deal, the WBO has extended the deadline by one week.

Segiali’i Higgins is positive the deal is only "days away." 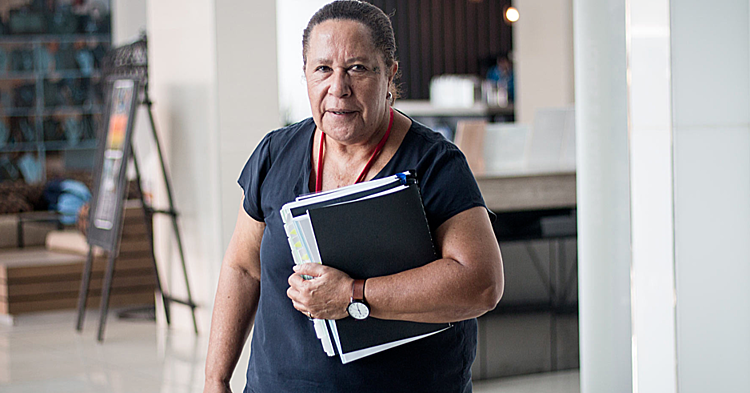 The Pacific Islands Forum has not been invited to discussions over a regional travel ‘bubble’ and the group’s leaders aren’t raising the idea with their Forum Secretariat, Secretary General Dame Meg Taylor said.