The Bank South Pacific (B.S.P.) has donated $20,000 worth of emergency supplies, hygienic products, clean drinking water and other items to the Samoa Red Cross.

Taitu’uga said the donation was their way of lending a helping hand to the community in this time of need.

“So basically the main purpose of the donation is to lend a hand to our Red Cross who are working so hard in looking after our community in times of need,” Taitu’uga said.

“B.S.P. is ﬁrmly committed to the wellbeing and prosperity of others, especially in the communities that we operate in."

“During this state of natural disaster, B.S.P. will provide cyclone relief through the initiative."

“These supplies will assist in providing support especially to the disaster-affected across the two islands."

Taitu’uga believes it’s a good feeling when we know that we have done something to give back to the community and that’s how the Bank South Pacific feels.

Lei'ataua expressed their heartfelt thanks for the donation. 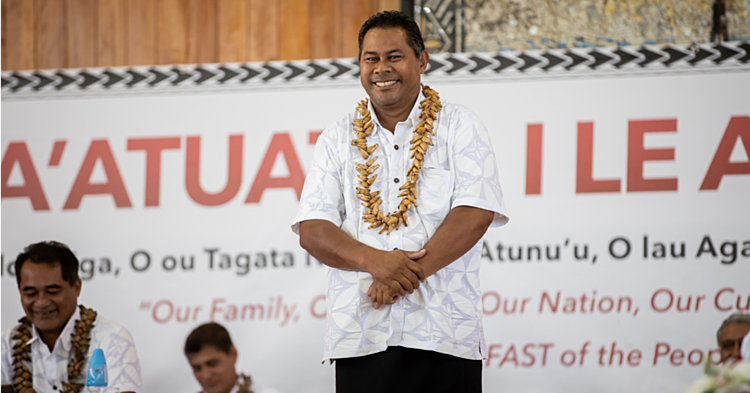 When Va’ele Pa'ia'aua Iona Sekuini emerged as the winner of the electoral race for Gagaifomauga No.2., according to unofficial results on Friday evening, there was only one person he had wished was present, to celebrate his victory. That person is his later father, Pa'ia'aua Sekuini Va'ele who passed on in December of 2020.