Who is more dangerous? Christians or Muslims?

The government’s move to amend the Constitution to make Samoa an official Christian state has revived the debate about other religions in Samoa. Throughout the past few weeks, references have been during the general debate to Muslims posing a danger to Samoa. What do you think? Who is more dangerous to Samoans? Muslims or Christians? Ilia L. Likou asked in today’s Street Talk and this is what people said:

To be honest, I have no knowledge about the Muslims. All I know about them is that they’re dangerous and of course, they’re not safe to be around. And yes, I know Muslims don’t like Christians.

We need to open our eyes for there is deception everywhere. Personally, thanks Tuilaepa and the government for the Constitution amendment to define Samoa as a Christian state.

It’s an interesting debate. I think Muslims are far more dangerous than Christians.

Yes we all know that Muslims have the will and desire to destroy us, Christians around the world and I think it’s time to take them back where they belong.

To us Christians, if we truly believe who we are in God’s sight, then help the poor and those who are in need.

The faifeaus should miss one month or a year of their alofa to make the load lighter on people.

We need to be smart Samoa, the devil is a liar, for he comes in a sheep’s clothing but inwardly he is a ravenous wolves.  Yes, we have downs and ups in our Christian faith, we’re not perfect but at the end of the day, God is still around to guide and protect us.

We need to be strong and stay true to ourselves and the power of Jesus Christ we’ve inherited. I don’t have anything bad to say about the Muslims but I’d prefer Samoa to be a Christian state.

Biblically, it’s a sin to judge others. We need to stay calm and pray for our country. We’re under spiritual warfare.

We have to be smart for the enemy loves discouragement, fear and defeat. Just don’t let him win. Arm us with the sword, the Word of God, to stand against the enemy’s lies.

Muslims are dangerous. Personally I want to grow up in a safe country. Yes I’m not perfect, I disobey my parents all the time but they love me a lot. I see them praying every night and thank God for us.

Unlike Muslims children, they are being forced to read their Qurans, parents teach them how to fight, but not for devoted Christian parents, they teach us how to respect others and how to be true to ourselves. 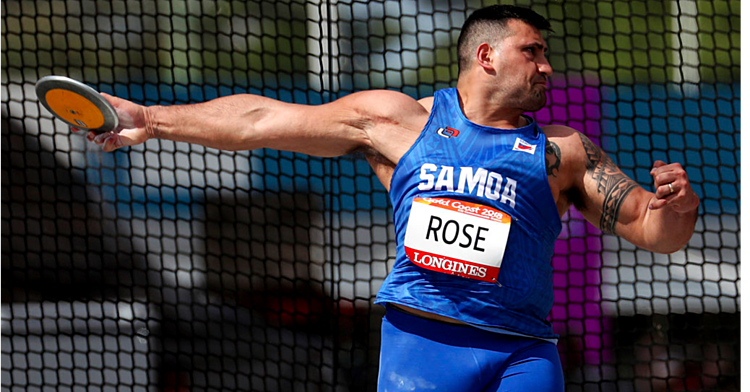 The only flag bearer for Samoa in the track and field events, Alex Rose, has arrived in Japan for the Tokyo Olympics.