Despite the assurance from the Ministry of Agriculture that the nation has nothing to worry about in terms of a new unknown virus found in taro in some parts of Upolu, American Samoa is not convinced.

And to show it, the American Samoa Department of Agriculture has suspended importing of all taro and taro shoots from Samoa effective immediately.

The Director of Agriculture, Filifaatali Mike Fuiava, said in a notice to the media in American Samoa yesterday that he received information of an unknown virus breakout in Samoa affecting taro crops in the islands of Upolu and Savai’i.

Reports from Samoa say that the disease is such that the taro shoot looks mature but when uprooted, the taro tuber itself has rotted away.

Radio New Zealand quoted the director as saying he had to take every precautionary measure to make sure this unknown virus would not enter American Samoa.

He said he did not want to experience another epidemic like the taro leaf blight of 1993-1994.

The D.O.A director said lifting the suspension would depend on test results of taro samples affected by the disease, which were being sent to Germany.

At the beginning of the week, the Ministry of Agriculture assured the country that there’s nothing to worry about.

Plant Pathology Research Officer, Taualai Mauga, said that the Ministry is waiting on the results of the tests on the virus that had been sent to Germany.

“We have two viruses that are already in the country; the mosaic virus and badna virus,” Taualai said.

“But we are trying to look up the name of this virus...I mean this kind of virus comes and goes because of changes in the weather.

“So as we wait for the results of samples that have been sent off to Germany, the Ministry is now working closely with villages affected at Safata and Salani, Falealili.

“The fact is, we don’t just wait for the results but consultation and working together with affected areas in Samoa, is very important at this time.”

He believes early prevention is better than cure.

“We have put a ban on taro shoots (tiapula) between Upolu and Savai’i at this time while we are still trying to find ways to get rid of the virus.

“The ban is not only between the two islands, but also in nearby villages at the affected areas like Salani and Safata.

“All we can do at this time is work together for better results not only for Upolu but for Savai’i as well.

“As of today, we are still waiting on the test results that were sent to Germany and there are other samples that we just sent a few days ago.

“Hopefully we’ll get the results early next month then we’ll let everyone knows especially those in the affected areas.

“I mean, as I’ve mentioned before, preventative measures and awareness is very important.” 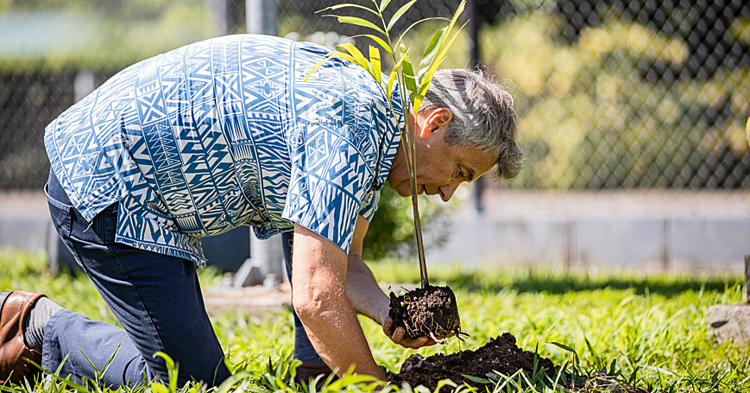 The spirit behind the World Environment Day was not lost at the One U.N House at Tuana'imato on Friday. There, the United Nations (U.N) and the Ministry of Natural Resources and Environment (M.N.R.E) Forestry Division joined forces to plant more than 600 trees to “Celebrate Biodiversity.” 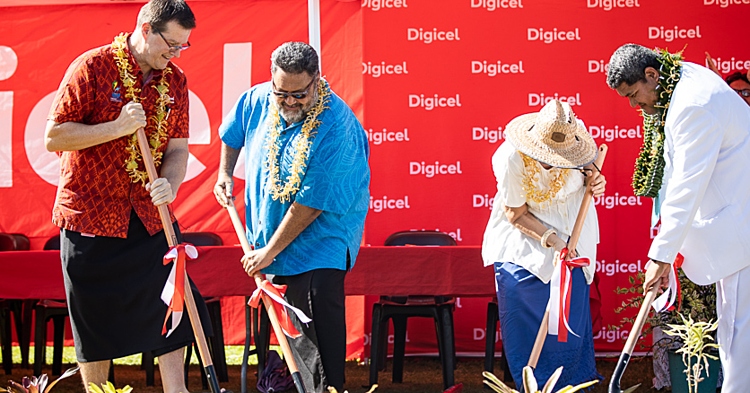