Many people categorize yoga as a form of exercise.  But for New Zealand based professional Yogi, Uma Jammu Chopra, she sees it as a way of living and a way of being.

Mrs. Chopra is in the country under a volunteer programme with the United Nations. The program enables professional yogis to visit different member countries to createe awareness about the significance of yoga. This initiative is in preparation to celebrate International Yoga Day on Tuesday, June 21.

International Yoga Day will be celebrated for the second time this year, since it was first declared by the U.N last year.

This is Mrs. Chopra’s first time in Samoa. And while in Samoa, she paid a visit to the students at the National University of Samoa, and talked to them about yoga and its significance in her life.

Yesterday, Mrs. Chopra hosted a yoga session with the public starting from 8-9am at the T.A.T.T.E Building.

In an interview with Sunday Samoan, Mrs. Chopra described yoga as “life-changing.”

“Yoga to me personally changed my life,” she said. “I was drawn to it when I was in University and I started learning on my own through books and I didn’t want to stop doing it ever since then.

“But I became so addicted to it when I was studying to become a teacher. The whole philosophy of Yoga is science. And I was a Science teacher before I became a full-time Yogi. And I have a great passion for it.”

“It’s true that everyone has their own way of releasing stress, like listening to music or by exercising. That’s the same with Yoga as well, but quite different.

“For instance, suppose that you are having a conversation with someone and then suddenly that person will say something that will make you so angry to the point where things could get out of control.  You can’t just stand up right away and go out on the field and play rugby, or exercise at that very moment. But yoga provides the skills that can help you manage your emotions and calm your nerves.”

Breathing is very vital in the essence of yoga, said Mrs. Chopra

“Breaths and emotions are connected,” she said. “You can tell different emotions by observing how people breathe. So our emotions can affect our breathing. So what we do in Yoga is we use our breath to manage emotions. And it’s something that you have with you all the time. The skills will help you control all the emotions.”

Mrs. Chopra also works on a programme called Youth Empowerment Seminar (Y.E.S)in New Zealand. And she teaches the youths on how to manage their minds and the way they behave.

“Under Y.E.S! I help the students or the youth with the different ways you can manage your emotions and behaviors.

“I mean you can’t get rid of stuff from your mind, no matter how much you try and you can’t subtract the negative things that happen in your life. But with the skills of Yoga, you are able to manage it.”

Moreover, she added that yoga isn’t as popular as it should be because yoga has been “misrepresented by the western world.”

Therefore, she believes that people should understand what Yoga really is.

“Because what they see is what’s being commercialized,” she said. “And a lot of commercials are showcasing Yoga as another form of exercise, it has been put in the same category.

“And just because they see head stands and a lot of different sequences of yoga, most will find it challenging and will not want to try it out. But that’s not exactly what Yoga is.” So what really is yoga?

According to Mrs. Chopra, “Yoga helps to manage the modulation of your mind.”

“We all know life is hard, and ups and downs are there. But what we need to do is to learn how to sail through the ups and downs. And with the skills from yoga, we are able to do that. And that’s what Yoga is; and how is it achieved? There are various branches of yoga. Yoga can be done in many ways. Some do it as a way of service, some do it as devotion. As for me, Yoga is not something separate from me. I see yoga as my whole lifestyle. I see it as a way of living and yoga is a way of being.”

Uma Jammu Chopra was born and raised in Fiji. She is currently residing in New Zealand where she has lived for 30 years now. She is married with two children. Mrs. Chopra was a science teacher for more than 25 years before she became a professional yogi in 2007. 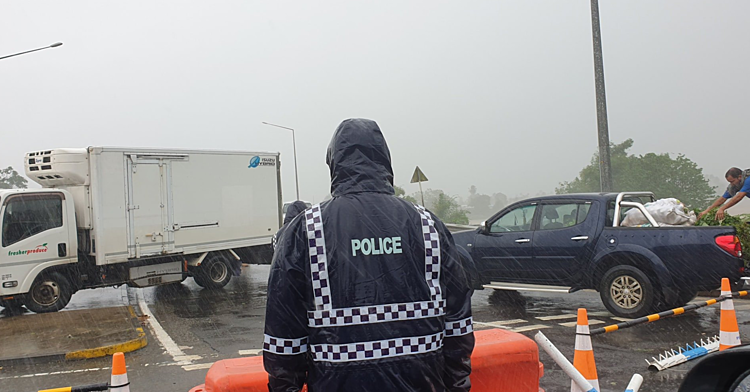 Two Samoan students studying at the University of South Pacific (U.S.P.) in Fiji have spoken of the shock of learning about a couple, whose barbershop they frequented for a haircut, both tested positive to coronavirus.