After a week of discussions at the 47th District Annual Conference of the Assembly of God churches in Samoa, members of the congregation got to vote who their leaders would  be for the next two years.

They have been reappointed until the next District Annual Conference.

The Superintendent for A.O.G Samoa is Rev. Joe Amosa, his Deputy Superintendent is Rev. Dr. Tavita Pagaialii,  the Secretary is Rev. Alofa Faumuina while the Treasurer is Rev. Faafetai Fata.

In an interview with Rev. Joe Amosa, he said the main purpose of the conference this year was to select a Committee that would look after the congregation for the next two years.

“We appointed members of our committee and so this year the committee members are still the same as those from the past two years because members of the congregation have voted us in again,” he said.

“There were a lot of things that we wanted to discuss but we didn’t have time so we are having another meeting in the next three months.

“However, there are some developments within the congregation in terms of numbers and finances so we are at the point that we should start helping our local churches to develop  their houses of worship.”

Rev. Amosa said one of the biggest developments is the merging of two Bible Schools.

“We already agreed on this last year and so we are moving into that merge with the one here and the one in Savaii,” he said.

“It was already passed years ago, we are just working on that.

“Another big development is the completion of our hall in Tafua Savaii.

“We are at the final stage of that project and most likely it will be officially opened in two months time.”

Other milestones that the church has reached Rev. Amosa said were the graduation of ten pastors with Masters in Arts and Divinity.

“We have two undergraduate degrees over here; one here and one in Savaii for members and those potential ministers going into the ministry for training but the one that we celebrated on Monday was a Master’s Degree,” he said.

“It started four years ago and it’s an extension from the Asia Pacific Theological Seminary (A.P.T.S). Ten of the pastors graduated this year which is the first of many graduations

“These graduations are usually held in the Philippines and those who attended there graduated from there. But because there’s an extension of that seminary here in Samoa that is why 10 pastors were able to graduate here in Samoa.

The official closing of the conference was marked with a service. 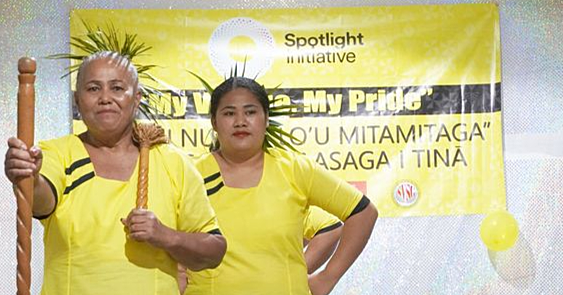