On 31 March 2017, a story published on the front page of the Samoa Observer, titled “Mother and baby in custody over debt”, told about what would turn out to be a shocking story, to say the least.

It said a young mother who could not pay a debt of “$1,147” that she owed someone, was being penalised by the police as a result, and she ended up being jailed with her two-month old baby, at Tafaigata Prison.

Told by the young woman’s mother, Aveave Sio of Letogo, who said the incident had “traumatized her family” so much, she described how she felt when the Police officer actually allowed a young baby to be jailed as “quite chilling”, she was shocked by it.

Later still, it was revealed that another mother with also her young baby was being incarcerated at Tafaigata Prison, at around the same time. That story though could not be confirmed at press time yesterday.

As for Aveave Sio’s story about what actually took place on the day her daughter was jailed, she said: “I was at home with my children when a car pulled up in front of our house.”

“A police officer came and said they were looking for my daughter. I asked him why, and he said they’ve been sent by the people to whom she owed money.”

He also said “there was an order for her to go with them to the Police (Office), to talk about what can be done. They said my daughter did not pay the $1,147 she owed.”

Aveave said that at first, she was uncertain about what to do, but then in the end, she told her daughter to go with the Police officers.

Her daughter, Tafi’au, had nine children, she revealed. Her youngest son was two-months old.

She explained: “The police officer who talked to me was holding up a piece of paper. He told me that paper contained information about how much my daughter owed.”

“He was worried so he insisted that he would take their two-month old son to the mother.”

“This was around six in the evening.”

In the end, despite attempts by relatives here in Samoa and those living overseas - they’d apparently sent funds over - to seek a mutually satisfying solution to the problem, Tafi’au and her two-month baby were locked up at Tafaigata Prison anyway.

Asked for a comment at the time, the Assistant Commissioner of Samoa Prisons and Correction Services, Ulugia Sauafea Aumua, said that what happened to Tafi’au and her two-month baby was sad, but then it was unavoidable.

“We had to interview her and ask her general questions about herself,” he explained. “(And) it was during that interview that we found out that Tafiau had a baby boy and she was still breastfeeding (him).”

Later they received a phone call from the Police asking if “we were aware that Tafiau has a baby, and we said yes.”

“I was made aware of the issue and so we discussed it and we agreed to bring the baby here so that her mother can look after her son.”

That was when he said that jailing a mother along with her baby was “sad and unfortunate”, but then it was unavoidable.

“The point is that breaking up the (relationship) between a baby and its mother is not ideal,” he explained. “But then at the same time we have to consider that the baby is always innocent in these situations.”

“That way we also have to consider his or her wellbeing especially now that they are young,” he explained. “That’s why we can’t just break their relationships with their mother.”

“In some cases, when we have a pregnant woman here, we give her six to eight weeks to stay home and look after her baby.”

“That is also an opportune time for her to decide whether she wants to bring the baby in with her, or for the family to look after the baby.”

“And if they decide that the mother will look after the baby, then all we have to do is to facilitate.”

The choice is not really up to us, Ulugia said. It is the family’s decision.

Explained Ulugia: “Our policy is that we keep the mothers and their babies safe here in a different cell from the others.”

“We do accept mothers to bring in their babies if they are sentenced, because it is not our choice.”

At this point, Ulugia made it clear that even though it was quite clear that “babies should not be in prison, full stop”, the law is also clear that “it does not forbid having babies in prison.”

“Under the Convention for the Right of the Child (C.R.C),” he pointed out, “we need to protect the right of the child. And we can’t keep them apart from their mothers.”

He continued: “That’s why I think it is best for them to be with their mothers, especially if they are young and they are still being breastfed by their mothers.”

He also said: “But then it’s not really up to us to decide. In fact, the decision is really up to the family and the mother.”

At the time, there were two mothers with babies they were nursing and looking after at Tafa’igata prison. One of them, Tafi’au, and her two-month old son, had been there for the last three weeks.

The day they arrived home, Aveave said: “It was Tuesday. We were shocked when the police car pulled up in front of our house, and my daughter Tafi’au hopped out of the car with the baby.”

“She said they’ve just got back from the hospital. My grandson was ill. It broke my heart.”

Aveave also said: “Any parent would never want to see her children, especially a daughter, going through something like that.”

“And I hope no other mother would go through what I’ve been going through. The children wouldn’t stop crying when they saw their mother. I couldn’t hold back my tears.”

She said: “I am more concerned about my grandson though. He is only two months old and he’s been living in a different environment. I am not sure if it was safe for the two of them to be there.”

“It’s just too much for me to handle. I can only pray for my daughter and her son right now.”

So would any mother who would suddenly find herself becoming horror-stricken as she’s watching her daughter and her two-month old son, being taken away to jail and yet she had no idea when they’d be coming back.

How about you? What are you thinking?

Here we are taking about the enigma called compassion.

The point is that over recent weeks, Prime Minister Tuilaepa Sailele and his team of “big laui’a” have once again been talking “big” about all sorts of publicly-financed projects and investments involving “big money” and “big dreams”, and yet it seemed as if they were deliberately ignoring the fact that the long road from back there to now is virtually littered with the skeletons of yes - publicly-financed, costly projects – that have since been discarded, ignored, and yes, abandoned.

Still, as they’d say, tomorrow is another day.

And now bearing in mind that Cabinet has approved the massive amount of $230,000 to help our Golden Boy, Lupesolia Joseph Parker, prepare himself for the task of snatching away the World Title from his arch nemesis, Hughie Fury in May, what do you think is the reason our government did not hand over a measly $1,147 to that poor mother Tafiau, so that she could pay her debt and thereby avoid being jailed with her two-year old baby, at Tafaigata Prison for four weeks.

It’s just a thought though!

But please don’t hesitate to tell everyone what you’re thinking. After all, that’s what press freedom is all about. 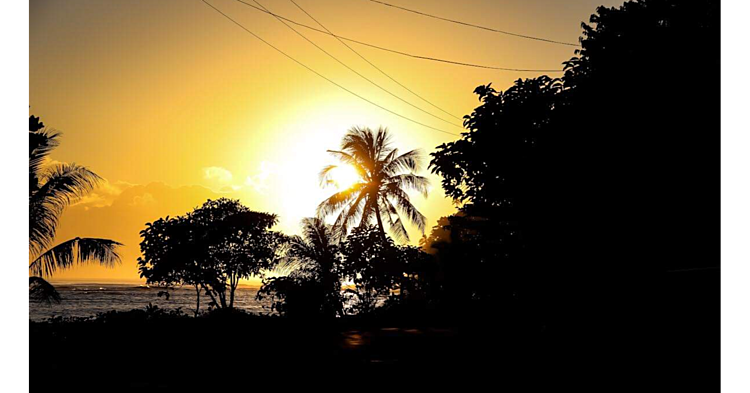