John Glenn, the 1st American to orbit Earth, has died at 95

WASHINGTON (AP) — John Glenn, whose 1962 flight as the first U.S. astronaut to orbit the Earth made him an all-American hero and propelled him to a long career in the U.S. Senate, died Thursday. The last survivor of the original Mercury 7 astronauts was 95.

Glenn died at the James Cancer Hospital in Columbus, Ohio, where he was hospitalized for more than a week, said Hank Wilson, communications director for the John Glenn School of Public Affairs.

John Herschel Glenn Jr. had two major career paths that often intersected: flying and politics, and he soared in both of them.

Before he gained fame orbiting the world, he was a fighter pilot in two wars, and as a test pilot, he set a transcontinental speed record. He later served 24 years in the Senate from Ohio. A rare setback was a failed 1984 run for the Democratic presidential nomination.

His long political career enabled him to return to space in the shuttle Discovery at age 77 in 1998, a cosmic victory lap that he relished and turned into a teachable moment about growing old. He holds the record for the oldest person in space.

More than anything, Glenn was the ultimate and uniquely American space hero: a combat veteran with an easy smile, a strong marriage of 70 years and nerves of steel. Schools, a space center and the Columbus airport were named after him. So were children.

The Soviet Union leaped ahead in space exploration by putting the Sputnik 1 satellite in orbit in 1957, and then launched the first man in space, cosmonaut Yuri Gagarin, in a 108-minute orbital flight on April 12, 1961. After two suborbital flights by Alan Shepard Jr. and Gus Grissom, it was up to Glenn to be the first American to orbit the Earth.

"Godspeed, John Glenn," fellow astronaut Scott Carpenter radioed just before Glenn thundered off a Cape Canaveral launch pad, now a National Historic Landmark, to a place America had never been. At the time of that Feb. 20, 1962, flight, Glenn was 40 years old.

During the four-hour, 55-minute flight, Glenn uttered a phrase that he would repeat frequently throughout life: "Zero G, and I feel fine."

"It still seems so vivid to me," Glenn said in a 2012 interview with The Associated Press on the 50th anniversary of the flight. "I still can sort of pseudo feel some of those same sensations I had back in those days during launch and all."

Glenn's ride in the cramped Friendship 7 capsule had its scary moments. Sensors showed his heat shield was loose after three orbits, and Mission Control worried he might burn up during re-entry when temperatures reached 3,000 degrees. But the heat shield held.

Glenn was born July 18, 1921, in Cambridge, Ohio, and grew up in New Concord, Ohio. His love of flight was lifelong; John Glenn Sr. spoke of the many summer evenings he arrived home to find his son running around the yard with outstretched arms, pretending he was piloting a plane.

Glenn's goal of becoming a commercial pilot was changed by World War II. He left Muskingum College to join the Naval Air Corps and soon after, the Marines.

He became a successful fighter pilot who ran 59 hazardous missions, often as a volunteer or as the requested backup of assigned pilots. A war later, in Korea, he earned the nickname "MiG-Mad Marine."

Glenn's public life began when he broke the transcontinental airspeed record, bursting from Los Angeles to New York City in three hours, 23 minutes and eight seconds. With his Crusader averaging 725 mph, the 1957 flight proved the jet could endure stress when pushed to maximum speeds over long distances.

In New York, he got a hero's welcome — his first tickertape parade. He got another after his flight on Friendship 7.

He first ran for the U.S. Senate in 1964 but left the race when he suffered a concussion after slipping in the bathroom and hitting his head on the tub. He tried again in 1970 but was defeated in the primary.

For the next four years, Glenn devoted his attention to business and investments that made him a multimillionaire. In 1974, Glenn ran for the Senate again and won.

Glenn represented Ohio in the Senate longer than any other senator in the state's history. He became an expert on nuclear weaponry and was the Senate's most dogged advocate of nonproliferation. He was the leading supporter of the B-1 bomber when many in Congress doubted the need for it.

Glenn said the lowest point of his life was 1990, when he and four other senators came under scrutiny for their connections to Charles Keating, the notorious financier who eventually served prison time for his role in the costly savings and loan failure of the 1980s. The Senate Ethics Committee cleared Glenn of serious wrongdoing but said he "exercised poor judgment."

He announced his impending retirement in 1997, 35 years to the day after he became the first American in orbit, saying, "There is still no cure for the common birthday."

Glenn returned to space in a long-awaited second flight in 1998 aboard the space shuttle Discovery. He got to move around aboard the shuttle for far longer — nine days, compared with just under five hours in 1962 — as well as sleep and experiment with bubbles in weightlessness.

The couple spent their later years between Washington and Columbus. Both served as trustees at their alma mater, Muskingum College. Glenn spent time promoting the John Glenn School of Public Affairs at Ohio State University, which also houses an archive of his private papers and photographs. 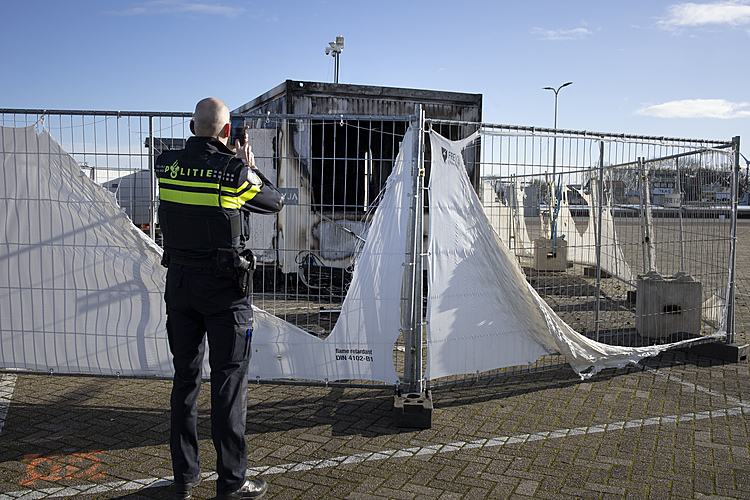