“Social development concept is out of balance”

Social development should balance the economy, the people and the environment.

According to Fiu Mataese Elisara the director of non-government organisation O Le Siosiomaga, Samoa has prioritised the economy too much.

As the nation continues under the Human Right’s Protection Party’s leadership, Fiu is concerned the Government is operating “more like a business”, with money defining all its decisions.

In doing so, the “balance” required for social development —where the economy as well as the environment and the social world are equally considered — has been upset.

“Of course, with economic growth much of it depends on finite resources,” Fiu added.

“If you are exploiting those finite resources you are actually impacting the very people that should be at the centre of any development goal or initiative.

“When people are unhappy, when people are dissatisfied about policies, about legislation, it has to tell them there is something wrong.”

Fiu wants dissent and displeasure to compel the Government to rethink the way it is operating, and to prioritise more opportunities for Samoans.

“You need to listen to their voices and you need to mobilise avenues of resources so that you don’t end up being a servant to those that generate funding for us.

“Utilise the resources to meet the genuine needs of the people,” he said.

He wants legal requirements for politicians to consult regularly on policies and legislation with their constituencies so that every Samoan voice is represented.

“There has to be some accountability, and genuine transparency in terms of the link bridging the views of the people who own this country and their representation in parliament,” Fiu said.

“There has to be some genuine addressing of those real needs at the parliament level, at the policy and decision-making level.” 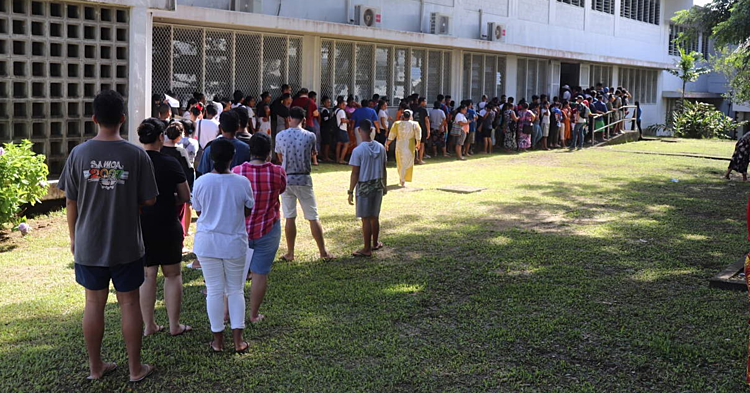 Six Chinese nationals who landed in Samoa on Sunday were deported back to Fiji after failing to self-quarantine in a country free of novel coronavirus for two weeks, the Ministry of Health (M.O.H.) has said.

Students turned away on first day of school

The Minister of Education, Loau Keneti Sio remains that children should not be granted access into classes unless they provide proof of vaccination, after hospitals face vaccine document shortage.