BRISBANE, Australia (AP) — Two first-place teams with a lack of commensurate credentials have a chance to gain some confidence this weekend ahead of the Super Rugby playoffs, a round they wouldn't likely have reached if qualifying was based purely on win-loss records.

The ACT Brumbies, who have clinched the woeful Australian conference despite having only six wins from in 13 matches, play the Queensland Reds in one of five matches on the penultimate weekend of the regular season.

The Brumbies could see the return of co-captain Christian Leali'ifano, who was diagnosed with leukemia less than a year ago. He missed selection in the starting XV but could be included in the reserves for Friday's game in Brisbane.

The Cape Town-based Stormers have clinched the weak South African 1 conference title after eight wins from 13 matches. On Saturday they'll play the Tokyo-based Sunwolves, who are coming off a record 94-7 loss to the Lions.

The competition point totals for the Brumbies (33) and Stormers (34) would leave them out of playoff contention if they hadn't clinched top spot in their conferences. They would have needed two wins in their remaining matches just to have a chance of catching the Durban-based Sharks, who with 42 points are currently the eighth of eight teams heading to the quarterfinals.

None of the other three weekend matches involve teams which will make the playoffs. The Western Force host the Melbourne Rebels in Perth — one of those teams is expected to be cut next season as Super Rugby is cut back to 15 teams — the New South Wales Waratahs host Argentina's Jaguares at Sydney and the Bulls are at home to the Southern Kings in Pretoria.

On Wednesday in Canberra, 29-year playmaker Leali'ifano missed selection in the starting lineup but remained a contender for the bench.

It has only been 11 months since he was diagnosed with leukemia and eight months since Leali'ifano underwent a bone marrow transplant. He's been in remission from the cancer since February.

The 19-test Wallaby played for the Brumbies in an exhibition match in Singapore last month and took part in a club rugby match in Canberra last weekend.

"He's done everything that he needs to do to get himself right for selection," Brumbies coach Stephen Larkham said Wednesday. "His progression has been good and he's put himself in the mix for selection this weekend."

The Brumbies play the New Zealand-based Chiefs in the 17th and final round next weekend, and could also meet them — or the Wellington-based Hurricanes — in the quarterfinals.

The other two conference winners are the unbeaten Crusaders, 16-0 in New Zealand, and the Lions (13-1) in South Africa 2. The current fifth- through eighth-place teams to round out the quarterfinals are the Hurricanes, Chiefs, Highlanders and Sharks.

The quarterfinals are set for the weekend of July 21-22, the semifinals for July 28 or 29, and the final — at the home of the highest-ranked semifinal winner — on Aug. 5. 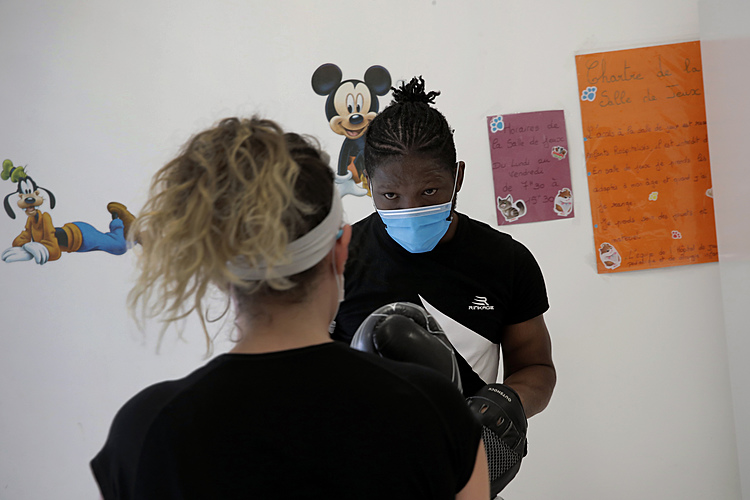