Members of Parliament gathered early at Tuana’imato on Tuesday for their final Parliamentary Prayer Breakfast.

The service was officiated by Reverend Peteru Fiaumi Taua of the Congregational Christian Church of Samoa (C.C.C.S.) Lepale, Fasitoo-uta.

The Head of State, His Highness Tuimalealiifano Vaaletoa Sualauvi II and the Masiofo, members of the Council of Deputies and their wives, Cabinet members, Members of Parliament, members of the Clergy, Diplomatic corp (regional and international) and other dignitaries were present.

The Prayer Breakfast is a Parliament annual event which takes place every end of the year to give thanks to our Heavenly Father for guiding its work for the year 2017.

Deputy Speaker of the Legislative Assembly, Nafoitoa Talaimanu Keti greeted the guests, thanked them for their hard work and assistance rendered to Parliament throughout the year and invited them to a morning banquet with Parliament as a token of its appreciation.

The Prayer Breakfast was followed by the Parliament’s final sitting for the year 2017 to discuss its remaining business.

Here are some photos from Parliament’s last session of the year. 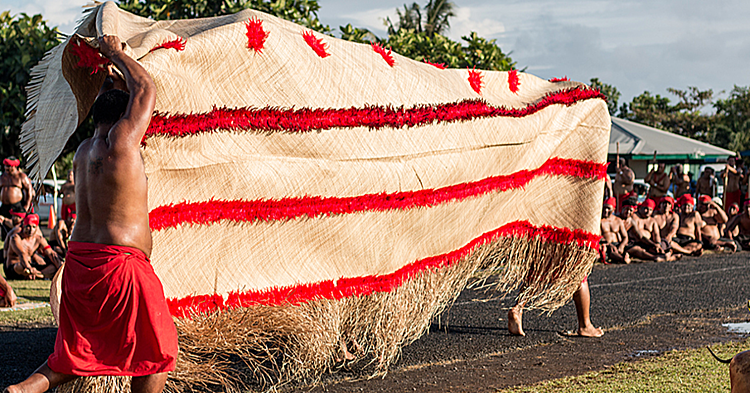 The women of Leulumoega have praised the Government for the proposed increase of provision for the Ie Samoa Show (Faalelegapepe). The Minister of Finance, Sili Epa Tuioti, made the announcement in Parliament on Tuesday.

The Government is proposing to spend $6.7 million on managing its assets, including building its own service station and refurbishing its storage warehouse.