The Tenders Board has awarded the contract for Mali’oli’o River to Ah Liki Construction.

This was confirmed in a statement from the Land Transport Authority yesterday.

“Upon voluntary withdrawal by China Railway First Group from the award of the above works, the evaluation panel comprised of representatives from the Ministry of Works, Transport and Infrastructure, Ministry of Finance, Attorney General’s Office and Land Transport Authority; resumed the evaluation process to confirm the next lowest and compliant bidder,” the statement reads.

“The evaluation resulted in the panel’s recommendation to award the contract to Ah Liki Construction; this recommendation has been approved by the Tenders Board as well as the Cabinet.

“The construction contract between Land Transport Authority and Ah Liki Construction has    now been signed and works will commence in the coming months.”

“Safe, reliable and resilient roads are critical to our nation’s economic development, connecting people, facilitating the rapid movement of goods, and enabling people to access vital services,” said Minister of Finance Sili Epa Tuioti in a statement by the World Bank.

“The Government of Samoa has been working with the World Bank on improving our road network through multiple projects for more than a decade, and we are pleased to see this partnership continue.”

1. Technical assistance to improve the way that climate change is factored into road development, including through better asset management and planning systems;

2. Infrastructure investments to improve the climate resilience of the West Coast Road between Malua and Faleolo, and slope protection and stabilisation and drainage on the East Coast Road to reduce landslip and rock fall hazards. Further works will include the replacement of the Afega Bridge and the Lano Ford Crossing, and a study into potential future upgrades of Alafa’alava Road;

3. Institutional and regulatory reforms for road sector asset management and maintenance, including measures to strengthen local capacity and to increase the sustainability of climate resilient road investments; and

4. A provision for the Government of Samoa to redirect uncommitted project funds to rapidly fund urgent post-disaster rehabilitation or reconstruction needs in the event of a major natural disaster. 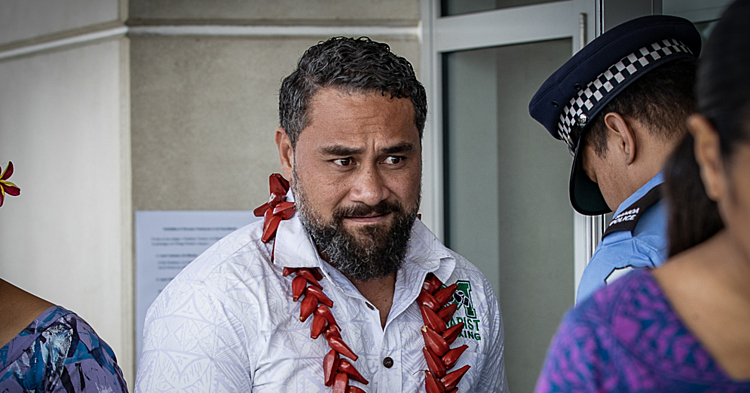 With the last day of registration is just four months away, Electoral Commissioner, Faimalomatumua Mathew Lemisio is calling on eligible voters to register while they still can, or face up to $4000 in fine.