The President of French Polynesia, Edouard Fritch, was bestowed the chiefly title of Tagaloa yesterday.

The ceremony was held at the Sheraton Samoa Aggie Grey’s Resort at Mulifanua. Former Member of Parliament for Faleata West, Ale Vena Ale and Ulu Vaomalo Kini gave their blessings to Tagaloa Fritch and welcomed him and his delegation to Samoa.

Prime Minister Tuilaepa Sa’ilele Malielegaoi along with some of his Ministers and Associate Ministers and delegation from Tahiti witnessed the traditional ceremony.

In accepting the title, Tagaloa said he now understands the meaning of the ritual and its importance.

“Thank you for gathering here today and for this honour,” he told the crowd.

“I hope for God’s help to guide me carry the title of Tagaloa. This is the essence of the people of the Pacific is to reunite and strengthen the relationship between Tahiti and Samoa.”

Tagaloa also acknowledged the long services of Prime Minister Tuilaepa saying that he wishes one day he will be as wise as Tuilaepa.  “He has a lot to teach us,” added the President.   In response, Tuilaepa congratulated Tagaloa for his title bestowment.

When Ulu offered his blessings to the new chief he told Tagaloa he has finally come home to his family. He pointed out that Tahiti and Samoa have a long history and have close ties especially in the religion.  “The Missionary (John) William and Ellis (William) first arrived in Tahiti where they named the church L.M.S. (London Missionary Society) as Lotu Taiti,” said Ulu. “You have come back Tagaloa to your country and this is one testament of our ties this morning…this is your family. Those are your honour and blessings so wear it with pride on your head dressing and read it like you read the bible.”

Ale added his congratulations reminding Tagaloa that the title is a superior chief in the country. 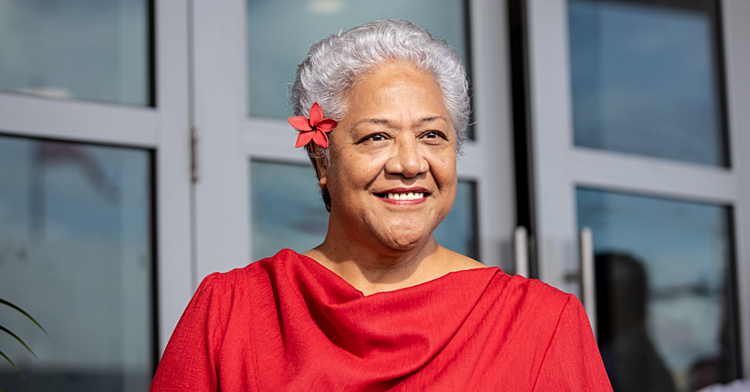