Pacific languages are threatened and cultures are being raided and even stolen by foreign interests.

“At least 50% of the world’s languages are at risk and about 90% of the languages may be replaced by dominant languages by the end of the 21st Century,” she said.

“Internal forces including a community’s negative attitude towards its own language.”

“The state of pacific languages in New Zealand matters because of the large numbers of Pacific people residing there.”

Ten years ago many Islanders could not speak their languages according to Dr. Vaka’uta.

Her findings led to the call for Pacific Languages Week, now an established annual event, and the Pacific Languages Commission in NZ. “In 2006 alone, the NZ government devoted about NZ$600,000 to the preservation of Pacific Island Languages,” Dr. Vaka’uta said.

Despite these efforts, she said that the 2013 Census data on Pasifika communities showed all Pacific languages spoken by NZ born populations continued to decline.

Dr. Vaka’uta explained that Pacific Universities should priortise cultural heritage and sustainability through knowledge and research on contextualized learning experiences in particular Pacific pedagogies. “Encourage focused research and research funding for culture, the arts and languages,” she said.

“Contributing to policy and legislature particularly in the areas of national language, Cultural and Educational policies.”

“Knowledge creation and sharing to often academic research only resides in technical reports, academic papers in international journals and publications, or in University library collections.”

“A lot of that has been done is not widely accessible or presented in easy to consume, non academic or technical language. We could also engage more purpose fully with cultural communities and art practitioners.”

“Supporting the development and use of Pacific research methodologies.”

“Some students ask if they could present their thesis in language at USP we continue this discussion and would support this where possible,”  Dr. Vaka’uta added.

Publication in language/billingual texts is another area that universities could support.

“Courses and Programs on specific areas such as Basic linguistic and pedagogical training.”

“A language revitalization is currently underway in the Cook islands between USP and government, but this has problems,” Dr. Vaka’uta said.

One issue raised was that while NZ efforts are commendable, they focus on conversational Cook Island Maori while the national interest is in safeguarding the depth and proficiency of the full language,” said Dr. Vaka’uta. Other areas that could be supported through integration of courses and programs included Pacific Literatures, Pacific Art and Culture, Heritage Management, Cultural Statistics, and Heritage & Contemporary Arts.

But Pacific images, motifs, and culture were being appropriated and copyrighted by overseas interests, and even clever Islands companies, depriving local artists of not only incomes but aspects of their culture as well, she said.

A controversy over the re-branding of Air Fiji, using local Masi artistic designs initially sought through a competition, could prevent those artists even using their own designs.

“Investment is key and there will need to be national support to ensure continued viability of Islands linguistic and artistic offerings,” Dr. Vaka’uta said.

“The Pacific Future we seek is one in which we will grow a movement of Pacific Island thinkers, researchers, leaders – who are agents of change and who will continue to hold the land and our people, firmly and safely in their care,” she concluded.

Both Katalina and Julie are media and journalism students at N.U.S.

Church head not aware of breaches

The Methodist Church President Reverend Faulalo Leti Paaga says he is not aware of any of their churches breaching state of emergency (S.O.E.) orders. 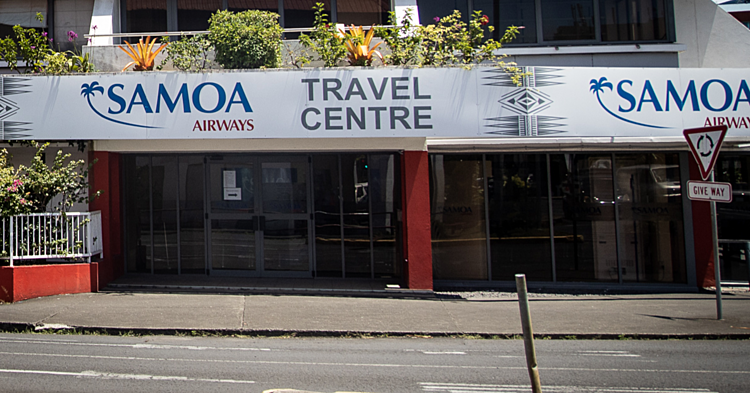