LONDON (AP) — A British lawmaker who campaigned for the country to stay in the European Union was killed Thursday by a gun- and knife-wielding attacker in her small-town constituency, a tragedy that brought the country's fierce, divisive referendum campaign to a shocked standstill.

Jo Cox, a 41-year-old Labour Party legislator who praised the contribution of immigrants to Britain and championed the cause of war-scarred Syrian refugees, was attacked outside a library in Birstall, northern England, after a regular meeting with constituents. Police would not speculate on the attacker's motive.

Witnesses described a man shooting Cox several times and appearing also to stab her as she lay on the pavement. Police said they had arrested a 52-year-old man and were not looking for anyone else.

"Our working presumption ... is that this is a lone incident," said Dee Collins, acting chief constable of West Yorkshire Police.

British security officials said the shooting didn't appear to be related to international terrorism, but domestic terrorism has not been ruled out.

Residents identified the suspect to the BBC and other media as Birstall resident Tommy Mair. Neighbors said Mair was a quiet man who did gardening jobs for local people.

Violence against British politicians has been rare since Northern Ireland's late-1990s peace agreement, and figures from all parts of the political spectrum expressed deep shock.

Cox is the first serving member of Parliament to be killed in a quarter century, and British politicians of all stripes expressed deep shock.

Both the Vote Leave and Britain Stronger in Europe campaigns suspended activity ahead of next week's vote over whether Britain should remain a part of the 28-member bloc. Prime Minister David Cameron canceled a speech and rally in Gibraltar and flags on British government buildings were lowered to half mast.

"This is absolutely tragic and dreadful news," Cameron said. "We have lost a great star. She was a great campaigning MP with huge compassion and a big heart."

Labour leader Jeremy Corbyn said "the whole of the Labour Party and Labour family - and indeed the whole country - will be in shock at the horrific murder of Jo Cox today."

"Jo died doing her public duty at the heart of our democracy, listening to and representing the people she was elected to serve," he said.

It was unclear whether the attack was directly related to the referendum campaign, which has stirred deep passions as Britons argue over their place in Europe, the scale of immigration and the future of their country.

The rival sides in the referendum have been canvassing feverishly ahead of what is expected to be a close vote and Cox had been campaigning for the "remain" camp.

It wasn't clear whether Cox had been deliberately targeted, or how the injured man was wounded.

Abdallah said one of the men was fighting with Cox and then a gun went off twice and "she fell between two cars and I came and saw her bleeding" on the ground.

Clarke Rothwell, who runs a nearby cafe, told the BBC he believed Cox had been shot and stabbed multiple times.

"Three times she was shot, the initial time which then she dropped to the floor and two more times," he said. "The third time he got close proximity, he shot her around the head area."

Shopkeeper Sanjeev Kumar told the BBC he saw a woman lying on the ground "bleeding from the mouth and nose," with two women trying to help her.

Cox spent many years working for aid groups including Oxfam and Save the Children, visiting problem-plagued areas including Darfur and Afghanistan. She was elected to the House of Commons in the May 2015 general election and headed Parliament's Friends of Syria group.

She was one of the most outspoken lawmakers on the subject of the Syrian civil war, and was critical of Britain's reluctance to deepen its military involvement against the Islamic State group as part of efforts to end it. But she abstained last year when Parliament voted to launch air strikes on IS targets in Syria, saying a more wide-ranging solution to the conflict was needed.

In her first speech to Parliament last year, Cox spoke of how the area she represented had "been deeply enhanced by immigration, be it of Irish Catholics across the constituency or of Muslims from Gujarat in India or from Pakistan."

"While we celebrate our diversity, what surprises me time and time again as I travel around the constituency is that we are far more united and have far more in common with each other than things that divide us," she said.

Immigration has been a flashpoint in the referendum campaign, with many "leave" supporters eager to curb the number of migrants to Britain by leaving the EU, which operates on the principle of free movement of people between member states.

Cox was an enthusiastic supporter of the "remain" cause in the referendum, and on Wednesday campaigned on the River Thames in London with her husband and two young children. Her husband, Brendan Cox, posted images on Twitter of the family in an inflatable dinghy, waving a flag supporting continued British EU membership.

"Today is the beginning of a new chapter in our lives. More difficult, more painful, less joyful, less full of love," Brendan Cox, said in a statement after the slaying.

"She would have wanted two things above all else to happen now, one that our precious children are bathed in love and two, that we all unite to fight against the hatred that killed her," he said. "Hate doesn't have a creed, race or religion, it is poisonous."

No serving U.K. member of Parliament has been killed since 1990, when the Irish Republican Army killed Conservative lawmaker Ian Gow with a booby-trap bomb placed under his car outside his English home. A former lawmaker, Donald Kaberry, was injured in an IRA bombing in 1990 and died the next year.

In the past two decades, two other British lawmakers have been attacked during their "surgeries," regular meetings where constituents can present concerns and complaints.

A Labour legislator, Stephen Timms, was stabbed in the stomach and injured in May 2010 by a female student radicalized by online sermons from an al-Qaida-linked preacher.

In 2000, Liberal Democrat lawmaker Nigel Jones and his aide Andrew Pennington were attacked by a man wielding a sword during such a meeting. Pennington was killed and Jones injured in the attack in Cheltenham, England. 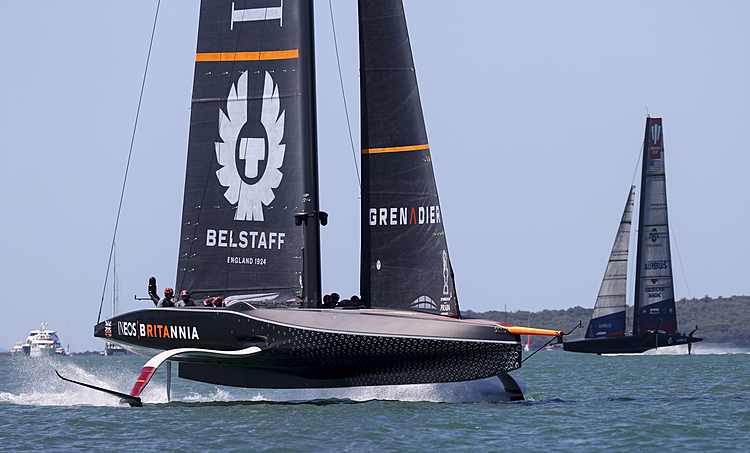