Sr Georgeanne Marie Donovan, our present Congregational Leader, in her eulogy has this to say about Patricia:

“Patricia was a Marist woman, a woman of the Church, and a woman of the world:  Her concerns for others were not limited to where she came from or where she had been. She had a heart big enough to embrace the world.  She never ceased to be interested in or concerned about others – be they from SMSM world, from the wider Marist world, from her family and friends, or from the countries/cultures/beliefs other than her own.”

Sr. Patricia Stowers was the eldest daughter of George (Siaosi) Stowers and Ellen (Eleni) Williams Stowers of  Lepea. She spent her childhood in Samoa where she attended St. Mary’s school in Savalalo and later went to New Zealand from where she entered the Marist Missionary Sisters’ (SMSM) novitiate in Heretaunga, New Zealand, in the beginning of 1959.

She made her religious profession as an SMSM on December 8th 1960. She then stayed on in the novitiate as a staff member for four years.

She came back to Samoa and went to St. Mary’s College to complete her School Certificate and University Entrance studies. She was then appointed to teach at Marista College at Moamoa.

In the second half of 1970’s, Sr. Patricia got a scholarship to study at Macquarie University in Sydney where she graduated with a Bachelor of Arts degree. She really enjoyed this time of study as well as living with our smsm sisters in Australia. Back in Samoa she was appointed Regional Superior of Samoa. Not long after that appointment, she was sent to the USA to do a course on Religious Formation. This prepared her for her next assignment which was to be the Novice Director for the Smsm Novitiate in Heretaunga,

At our 1987 General Chapter in Rome, Patricia was elected our new Superior General or Congregational Leader for a period of seven years.

This was a first time in our congregation that a Pacific Islander became a Congregational Leader and Sr. Patricia took over from Sr. Mary Emerentiana who was the first principal of St Mary’s College, Vaimoso.  After her first term of 7 years, Sr. Patricia was again elected as a Congregational Leader for another 7 years.  This was the first time in the congregation that a superior general was elected for two consecutive terms. Sr. Patricia was well known in Rome and her hospitality made her very popular with all the Pacific visitors and students who study in Rome! In her role as congregational leader, she had affiliation with many organisations, groups, and institutions in both the Vatican and in other parts of the world.

After 14 years of leadership, Sr Patricia stayed on in Europe. She worked in Algiers in Africa, teaching English at the University. After some time she returned to Lyon in France and helped with the community at Ste-Foy-les-Lyon.  It was about this time that she was diagnosed with cancer. But, after successful treatment, she continued to render service for the elderly sisters in Lyon. She was doing so well that a few years ago she was asked to take on another leadership role as Regional Superior for the Euro-Africa Region.  Sr. Pat readily accepted it but, sadly, the cancer returned and Sr. Pat became very ill.

The last time most of us saw Sr. Patricia was in 2010 when she came for her home visit which coincided with her Golden Jubilee – her 50 years of religious profession.  She had two celebrations, one in Auckland and the other one in Samoa.  Sr. Patricia loved celebrations and we will always remember the joy of celebrating with her 50 years of commitment and dedication to her smsm vocation and to the service of the congregation and the Church.

Sr. Patricia was also very proud of her Samoan culture. She loved to showcase her culture by dressing up and doing the siva Samoa. She also took care of her health by doing exercises, taking long walks and, when possible, played her favourite game, tennis. She also loved gardening.

Patricia was well loved by her smsm sisters everywhere.   She was a very gentle person, joyful, simple, and straight. One of the things people admired in Sr. Patricia was her free spirit and being a good listener. She, also, had a good sense of humour.

“Patricia was passionate. Whatever she did she put her whole self – whether gardening, walking, reading, listening, praying, discussing, working, celebrating, (singing), or dancing….she did it with great passion. Most of all she was passionate about being Missionary, about being Marist, and about being Religious. Once she put her hand on the plough she ever looked back. Having given her ‘Yes’ to follow Christ, she strived to live her commitment everyday with integrity and fidelity wherever she was sent to mission – just as Mary did.” 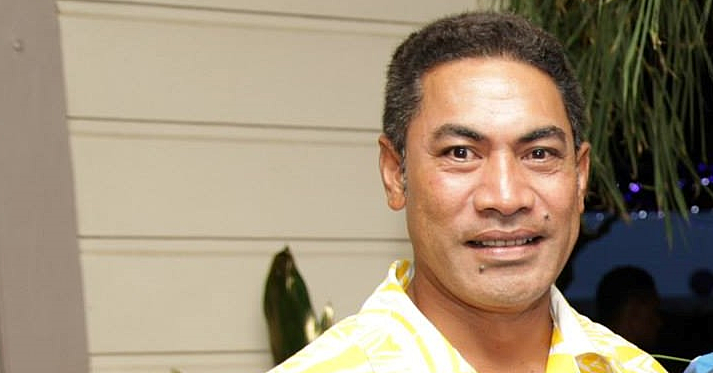 Committee member appointed to board

A member of the Government's Independent Selective Committee, Tuu’u Amaramo Sialaoa, has been appointed as a board member of the Samoa International Finance Authority.

Progress on child health has “stalled” and will begin to go backwards, a new report has revealed, and there is not one country properly looking after its youngest citizens, a new report by international agencies has found.