The 34-year-old driver of the Queen Patsy bus which crashed two weeks ago could face serious charges, such as murder or manslaughter.

The seriousness of the charges though will based on the investigation and the circumstances of the evidence gathered.

According to Police Media Officer, Su’a Lemamea Tiumalu, he said the driver has not yet recovered from his injuries and not in a stable condition.

“The charges could be filed this week, but it all depends on the driver’s condition,” said Su’a.

The incident occurred on the Cross Island Road around 4 to 5pm on the 22nd July.

It was believed to be carrying more than 50 passengers and according to other witnesses, it was alleged the bus was travelling at a high speed and the driver lost control of it.

The accident claimed the life of a 30 year old male of Siumu and injured more than 50 passengers. 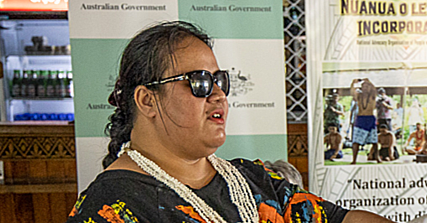 A construction company found to have carried out unauthorised work on Sunday will not be penalised or fined for their non-compliance.