The Minister of Prisons and Correction Services, Tialavea Tionisio Hunt, says the Government should reconsider eligibility criteria for the weekend parole.

Tialavea expressed his views during an interview with the Samoa Observer.

“Under the current law, the Police Commissioner and Prison Commissioner has the authority to grant release for any inmate, using a warrant,” he said.

“However the approval for inmates are on restricted release such as attending family funerals, and other significant family events.

“The law disallows any inmates to be eligible for weekend parole if they are convicted of murder, rape, robbery and burglary.

“So let’s say that a murderer is convicted and sentenced to life imprisonment; that’s 10 years without any release.

“And upon completion of 10 years in jail, only then the inmate will be eligible for parole, but even that, there is a process to go through to appear in front of the parole board.

“Looking at 10 years without any release what-so-ever, I can honestly say does not do any good for the inmates.

“The Government should consider amending this law. We should think outside of the box, not everyone who is convicted of murder will reoffend and as we all know that life is all about giving second chances to right the wrongs,” said Tialavea.

He reiterated the importance of the weekend parole for every inmate.

“It’s like you left a dark room that you’ve been sitting in for 10 years, they are ready to see the outside world again because the inmate has no idea what’s going on.”

He then explained the process to the Samoa Observer.

“Prior to releasing the inmates to their families on the weekends, the families are contacted to see if they will allow for the inmate to stay with them.

“We don’t release the inmates just based on their good behaviour. There are requirements including the input from the inmate’s family.

“Some families don’t want their family member to come home for reasons the Prison Services are not privy to.

“This was one of the issues the Court has had about weekend parole.”

The Minister said the last time they allowed anyone on weekend parole was during the 2017 holidays.

He did not specify which inmate he was referring to.

In December, 2017, the Prisons and Corrections Services (S.P.C.S.) approved the release of well-known criminal, Tagaloasa Filipaina.

The release came at a time when members of the public were outraged over a prison break involving four other prisoners, which resulted in a woman and her children attacked at Ululoloa.

When concerns from members of the public about the Tagaloasa decision were put to the Minister, he downplayed them, saying the prisoner had shown enough proof that he has changed his ways.

“Filipaina is a low risk prisoner,” he said. “We believe he has very minimal chances of re-offending.”

The Samoa Observer put it to Tialavea that the Prison’s new Act, signed into law in 2016, indicates that those who are convicted of murder, manslaughter, sexual connection, rape, incest, burglary and robbery are not eligible for special release, holiday release and weekend release.

But Tialavea was adamant the prisoner in question posed no risk to the community.

“The release depends on the condition of the prisoner, good behaviour and low risk (of reoffending),” he said.

Tialavea told the Samoa Observer over the weekend, there are inmates who are trustworthy and are obedient and their good work has to be rewarded.

“And that is why they conduct themselves as law-abiding citizens, so they can visit their families on the weekend.

“Now say you have been on your best behaviour and been a good inmate. The time comes for you to be released for weekend parole and that privilege has been taken away, how would you feel?

“We are all human beings, so the end result is that this inmate will go back to being that careless person who will not bother to be a law-abiding citizen knowing there is no reward for good behaviour.

“These are the issues that we are dealing with at the prison,” said Tialavea.

The Minister believes the authority of releasing the inmates should be a task allocated to the Commissioner of Police and Commissioner of the Prison and Correction Services.

“But I think that part of the law should be revisited and the weekend parole should be left to the discretion of the Police Commissioner and the Prisons Commissioner.” 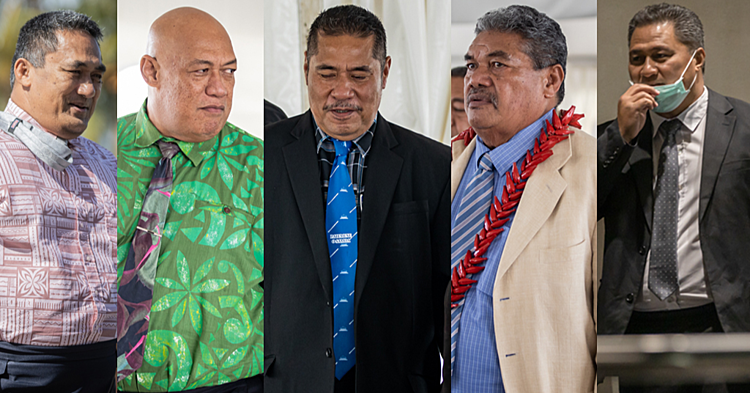