A proposal from the Samoan government for seasonal workers to be eligible for permanent residency under the New Zealand 1,100 annual quota for Samoans is now on the table future bilateral talks.

And Prime Minister Tuilaepa during his weekly media programme with Taimi male Palemia and Talamua.com remains confident that Wellington will consider the merits of the request from Apia.

“The R.S.E. employers are singing praises for our Samoan workers,” he said.

“Our workers are trustworthy, skillful, dependable and have proven themselves capable of performing up to the expectations of the R.S.E. employers.

“Samoa is also the first country from the nine participating Pacific Islands in the R.S.E. programme to appoint a Resident R.S.E. Coordinator to live in Auckland.

“This is to ensure that our workers do not compromise the programme by misbehaving and to ensure that we follow the R.S.E. guidelines and regulations to the letter.

“On that note, Government is also playing the hands on role by initiating a pre-departure program for our workers to be well equipped when they do take up their seasonal employment.”

The pre-departures include training in budgeting and wise spending of their hard earned wages.

There is also a health check requirement for all workers to undertake.

And the village councils are also playing a role through M.O.U’s signed with government in a partnership to protect the integrity of Seasonal Workers programme for their villagers to obey the R.S.E. policies and regulations.

“The R.S.E. as I have said time and again is a win win situation and has contributed millions into New Zealand’s economy. And it is providing a valuable source of income for local families to build new homes, start new businesses and even purchase vehicles and other home appliances for their families.

“Some have also invested their wages in providing education for their children.”

The Prime Minister also noted that the success of the NZ Seasonal Workers may have also prompted the Australians for follow the Kiwis example.

“And I have been assured that there will be a pay raise for R.S.E. workers including Samoans,” he added.

All in all, the Prime Minister is mindful that when it comes to the RSE employment, it’s a delicate and political issue but he remains optimistic that there is hope for Samoa’s request.

“It’s not a new issue,” she told reporters.

“We are very mindful that there are two competing interests here and we are trying to balance them.

“There is the Seasonal Works scheme very much to ensure that there is a returning work force and with the quota that is about opportunities and making sure that there are decent jobs available.

“We’re keeping those separate because we are trying to balance the two programs,” said the New Zealand Government leader.

This is the 11th year for Samoa to be included in the New Zealand Recognized Seasonal Works Employment scheme.

It provides temporary employment for Samoans and 8 other Pacific Islanders to work in New Zealand to help with horticulture and viticulture industries.

Samoa started with a little over 600 workers in her first year. That number has now sky-rocked to over 1,600. 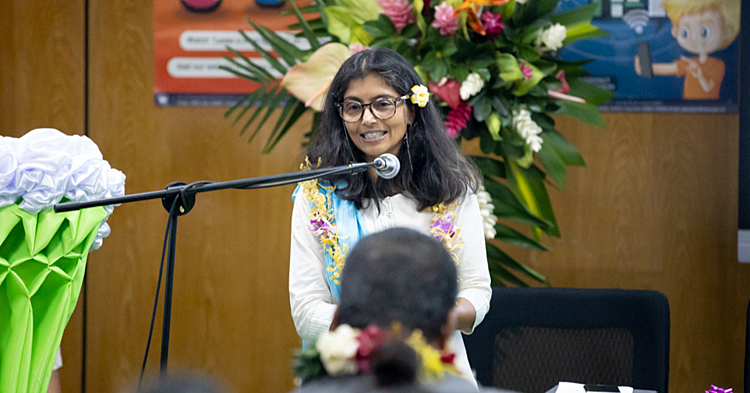 A regional heads of education virtual conference is currently underway to discuss policy issues facing regional and national education systems and ways to resolve them.